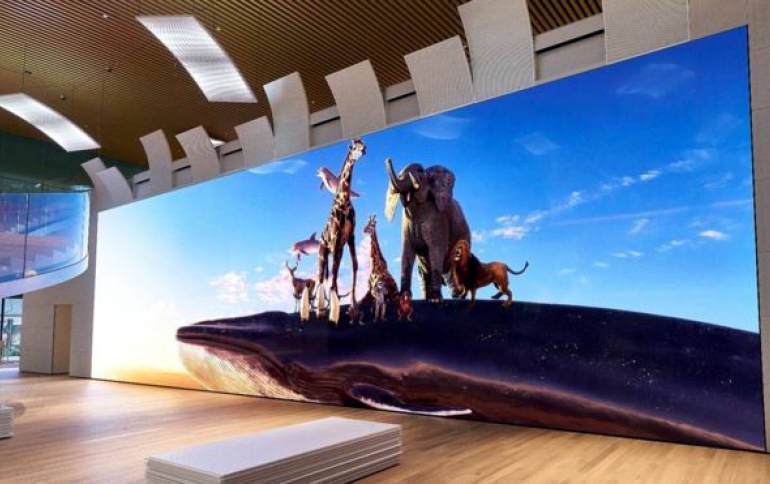 Sony has created a 16K screen which is even longer than an average size bus.

The New Screen will shortly go on show in at a research centre in Japan, the huge display contains 16 times as many pixels as a 4K television and 64 times as many as a regular 1080p high definition TV.

The 63ft by 17ft (19.2m by 5.4m) screen has been built and is being installed at a Japanese cosmetics company “Shiseido” in the city of Yokohama.

The new installation has been created using several modular panels,  due to the lack of bezels the screens can be fitted together without any visible gaps which creates the impression of one big single screen.

Sony calls the tech “Crystal LED”, which is its brand name for micro-LED display tech. The technology does not require a backlight, and is much brighter than OLED (organic light-emitting diode) screens while still providing the same deep blacks.

The development was announced by Sony at the (NAB) trade show in Las Vegas.