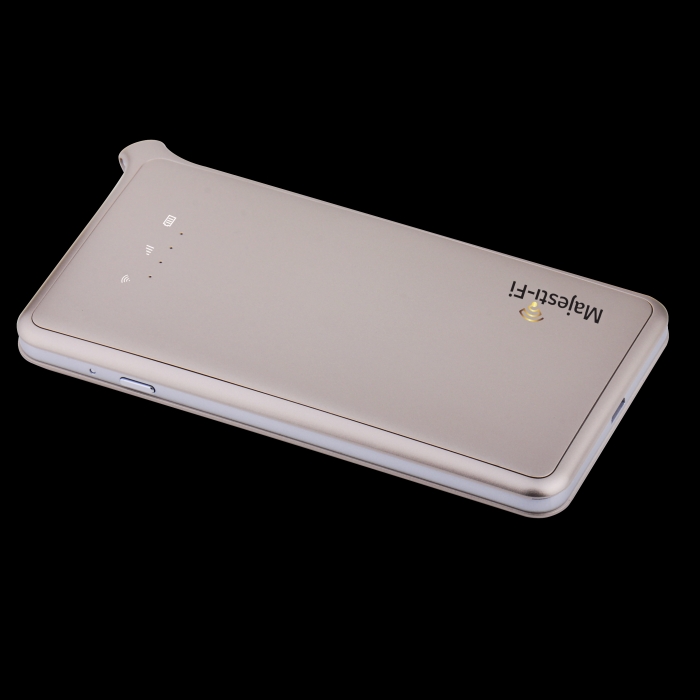 Now available in the UK, MajestiFi pocket Wi-Fi solutions enable business users to roam freely in over 140 countries without fear of high data charges. Following research showing the extent to which business travellers use corporate data allowances for personal activities like online shopping, dating, gaming and gambling, MajestiFi is promoting its devices to business customers as a money-saving, secure alternative to mobile networks and public Wi-Fi hotspots in hotels and restaurants.

Urban Armor Gear has introduced a rugged yet sleek case for the Microsoft Surface Go. Compatible with the Surface Go’s Type Cover Keyboard and Surface Pen, the Plyo Series case has an infinitely variable kickstand that transforms the tablet into a laptop with multiple viewing angles. The friction-free, lint-resistant exterior slips easily in and out of bags, while airsoft corners protect against unavoidable knocks and drops.
——————————————————————————–

NTA has launched a four-strong range of white-labelled handsets that can be printed with a reseller’s own logo and model number. This gives them exclusivity and ensures customers can’t drive down prices by finding the same models online for less. When used with the NTA Hosted platform, the phones support recently added functions, including the ability for partners to set their own provisioning preferences and a Hot Desking feature that allows a user to log into an extension anywhere in the world and activate their own settings without having to reboot the handset.

With its Icon 500 and Icon 300 systems, Lifesize hopes to bring cloud-based, zero latency, 4K video conferencing and content sharing to mid-sized meeting rooms and the 98% of Huddle Rooms that have yet to be video-enabled – around 30 million, according to Frost and Sullivan. Both devices are purpose-built for Lifesize’s cloud-based video service, which, instead of using the public internet, routes calls via IBM Cloud Pro, a 2,000 Gbps fibre network made up of 16 data centres worldwide, each with more than 5,000 servers, and an associate network of carriers in a further 20 cities.

Off the peg datacentres

for organisations to deploy data centre capacity from the core to the edge of the network. These are the SmartMod/SmartMod MAX, a self-contained, ready-to-order, prefabricated modular (PFM) range that requires significantly less on-site installation than traditionally built data centres, and the Power Module range of pre-integrated power infrastructure, comprising a weatherproof, transportable enclosure plus internal components, such as UPS and thermal management systems.

Vtech and Yeastar have collaborated to enable hoteliers to upgrade their telephone system to SIP, while retaining their current VTech hospitality phones or upgrading to cordless models. The bundle combining Vtech Analogue Hotel Phones and Yeastar TA FXS gateways is being distributed by Trust Distribution.