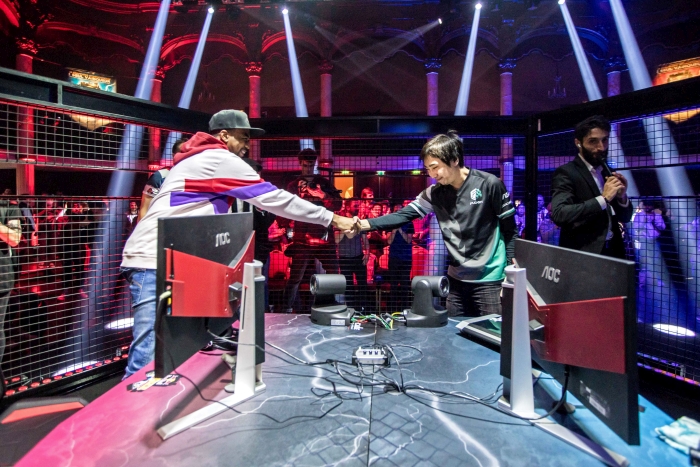 Eye on the prize

As part of a new partnership with Red Bull, display specialist AOC is providing gamers competing at esports events powered by Red Bull with cutting-edge gaming monitors. It is also sponsoring 10 Red Bull Player One events scheduled to take place across Europe in 2019 and, at certain events, will be sponsoring prizes and giving competitors the chance to win one of its gaming monitors.

With its three-strong flagship Honor 20 series, Huawei is continuing its successful strategy of targeting younger consumers with competitively priced handsets, a large screen (6.26 inches, with a 4.5mm in-screen camera and smooth edges) and exceptional camera quality. In the case of the HONOR 20 Pro, this is delivered by a quad camera, including a 48 mega-pixel (MP) main camera with advanced AI ultra clarity and super night modes – both very impressive in the launch demo; a 16MP super-wide angle camera; an 8MP telephoto camera; and a 2MP macro camera. The camera is in an L-shaped array, which has allowed Huawei to incorporate a bigger battery. Another notable design change is the positioning of the fingerprint scanner on the right-hand edge of the phone so that users can pick up the phone and authenticate themselves in one movement. Maintaining pressure on the scanner for a couple of seconds activates the voice assistant. In terms of aesthetics, Huawei is proud of the phones’ Dynamic Holographic glass back, which combines three layers – a depth layer with millions of diamond-like prisms, a glass layer and a coloured layer – to create a 3D holographic effect. Too bad most will hide this beneath a protective cover. Prices for the HONOR 20 series start at £249.99.

Following a 16.7% drop in bee colonies in 2015/16 alone, Irish start-up ApisProtect and satellite firm Inmarsat have joined forces to give beekeepers early warning if there is a problem with their hives. The solution, based on IoT sensors and machine learning, is already being used to monitor the health of 10 million bees across Europe, South Africa and North America, ahead of a commercial launch in 2019. An ApisMonitor Unit inside the beehive connects to an analytics platform optimised for measuring bee health via Inmarsat’s Long Range Wide Area Network and Broadband Global Area Network connectivity.

To celebrate the first anniversary of its technology partnership with Arsenal, Acronis invited partners and customers to compete in the Acronis World Cup at the Emirates Stadium. Eight teams made up of staff from IT companies, the media and sports organisations, including Arsenal, Manchester City and ROKiT Williams Racing, took part.