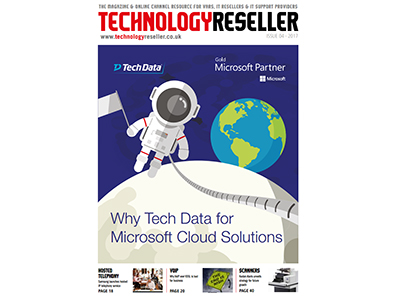 As long as you weren’t one of the unfortunates unable to get away over the Bank Holiday weekend, the BA IT meltdown must have felt like a godsend to IT resellers hoping to persuade customers of the importance of investment in equipment and infrastructure – until it was rumoured that the power outage wasn’t caused by an IT or software failure, but by our old friend human error, in this case an IT contractor who pulled a plug at just the wrong time. Oh well, at least you can sell them a Brother labeller to print ‘Do not unplug’ labels.

Whatever the true cause of the IT meltdown, it did serve as a reminder of the vulnerability of many IT systems and the high cost of failure. In time, BA’s estimated fial bill of £100 million to £150 million might be considered modest compared to fies levied on organisations that fid themselves in breach of GDPR regulations, whether as a result of hackers, IT contractor errors or system failure. With the clock ticking down to next year’s deadline, many organisations are leaving it dangerously late to put their house in order. According to research by NetApp (see page 6), 73% of European CIOs and IT managers are concerned that their organisation might not be able to meet the deadline for compliance. Yet still, only 37% have invested extra funds to help them achieve it.

The importance of resilience is one of the attractions of switching to hosted telephony. Instead of having to install separate network connections to different BT exchanges on your own premises, a hosted system like Samsung Hosted (see page 18) should provide resilience and geo-redundancy as part of the service. An added benefi of Samsung’s new solution is that it fully integrates smartphones, with endto-end security provided by the company’s KNOX security system. This has the potential to be a real differentiator for resellers of the product. As BA also learnt over the Bank Holiday weekend, when something goes wrong it is essential that you keep customers informed, and for that you need a reliable and secure communications system.