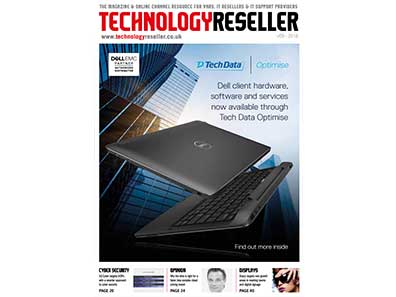 On page 42, Lucie Greene, Worldwide Director of J. Walter Thompson’s Innovation Group, picks 10 key technology trends to look out for in 2018. Oddly, Artifiial Intelligence (AI) is not one of them. Perhaps in the fast moving world of advertising, AI, while not exactly old hat, is already blunted by familiarity. It is certainly promoted as a key selling point of many new products, like the new version of M-Files 2018 (page 36) and the SD Worx Digital Assistant (page 38). Both the content management and HR industries already have a high degree of workflw automation and are now using AI to take it to the next level.

Other industries have been much slower to embrace automation, often to the detriment of their customers. One such, if David Carroll, CEO of XQ Cyber, is to be believed, is penetration testing. He told Technology Reseller that due to the shortage of skilled practitioners ‘pen’ testing today rarely involves the exploit phase. Instead, it has become a ‘very expensive tick-box exercise’. He said: “What generally happens is two pen testers turn up at your offies on a Monday morning. They scan your network, which takes anything up to a day. They drink coffee and then for the next four days they shoe-horn raw data into various formats. Two weeks after they leave your offie, they produce a report that was accurate at the time of the scan. It’s a very mandraulic way of doing things. The pen test industry has been a turkey that has not been prepared to vote for Christmas simply because it would cannibalise its business model.” With the launch of CyberScore (page 20), XQ Cyber is hoping to disenfranchise the turkeys – to take away their vote and unilaterally declare Christmas, bringing great joy to Managed Service Providers, for whom ‘pen testing as a service’ represents a potentially profiable new source of revenue.

Another article that touches on the subject of automation is this month’s Briefig on Blockchain (page 31). In it, Erik Johnsson, chief architect at Epicor Software, does a great job of explaining what blockchain is and how it can streamline and improve business processes, especially those that still rely on paper. If, like me, you only know of blockchain in relation to bitcoin, it is well worth a read.