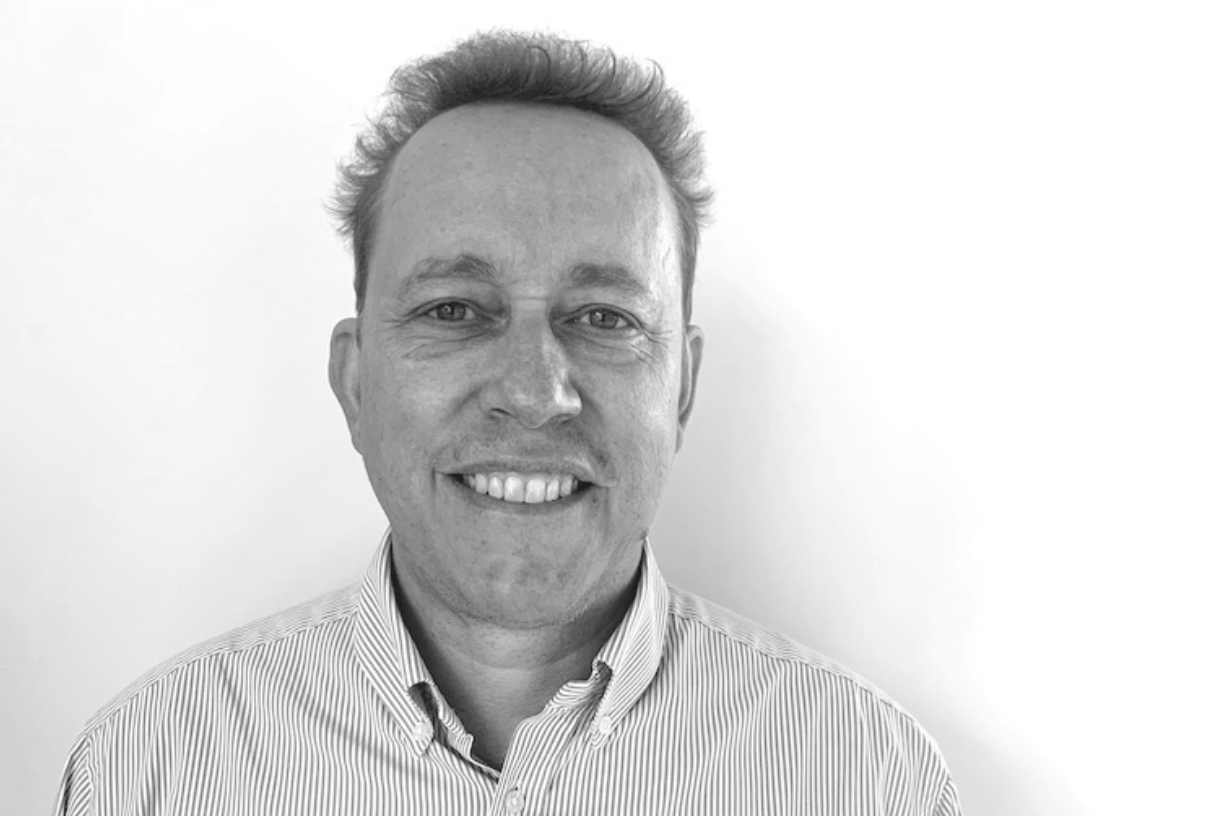 CloudStratex aims to give clients the knowledge and skills they need to address the challenges of cloud computing. James Goulding finds out more from CEO and co-founder Adrian Overall

CloudStratex is a self-styled ‘disruptive’ London-based start-up that aims to make clients thoroughly self-sufficient in cloud computing and its usage, rather than leaving them reliant on external providers to manage their IT operations.

It was founded in March 2019 by Adrian Overall, Brad Day, Tony Irving and Adam O’Hare with the intention of transforming how businesses leverage next generation technologies through an incubator model that focuses on helping clients understand ‘how’ to adopt them.

The company’s co-founders are seasoned entrepreneurs, having previously set up an IT consultancy, CloudTalent, that was acquired by Avanade Accenture in 2015. It was partly to recapture the excitement of a start-up – and to avoid the friction of working for a large multinational corporate – that the four embarked on their new venture.

CloudStratex focuses on two challenges associated with cloud computing: the difficulty of integrating a cloud IT environment with the legacy IT that FTSE 100 and FTSE 250 companies have built up over the years; and the lack of knowledge and skills within organisations, which, according to CloudStratex co-founder and CEO Adrian Overall, is impairing their decision-making and the confidence they have in their choices.

“We felt that there was a gap in the market to go in and address the challenge of integrating cloud computing at an enterprise scale within organisations that run thousands of people in IT who are all operating on a very legacy-driven agenda and aren’t necessarily adapting fast enough to take on the benefits of what this next generation technology can bring,” he said.

“We are into financial services and insurance and these types of organisation are labouring under significant legacy that has been built up through acquiring other businesses or through the technology waves we have seen. They haven’t been able to modernise the applications running on these legacy environments or migrate them to the cloud and have been stuck with significant cost concentrations as a result.”

Lack of knowledge
Overall adds that the difficulty of modernising IT infrastructure is compounded by business leaders’ nervousness about making choices in areas where they feel unsure of themselves.

“You’ve got this dilemma between legacy vendors like IBM and DXC and HP, which are all trying to sell their version of the cloud – a private cloud-type story – leveraging their technology and infrastructure platforms and software, and the big public cloud players like Amazon, Microsoft and Google that are espousing a different agenda, which is that you don’t need any of that old stuff and can do it all on their shiny new public cloud. Clients are looking at these different options and saying where should we play and how should we play and there’s quite a complex set of situations there that make those decisions a lot harder,” he said.

“In the past, it was a question of are you an HP shop, are you an IBM shop, are you a Dell shop, do you run on Windows, do you run on Unix? Now, it has become am I private or public cloud? Secondly, which private cloud do I need to be on? Do I need to be hybrid? And, by the way, how is someone managing all the cost of this and how are my people supposed to be operating through these different lenses?”

“Start-up retail banks that have been able to engineer their platforms from Day One to be highly agile, highly dynamic are coming into the market with relative ease as the barriers to entry are now so low. An HSBC or a Lloyds or an RBS carrying tens of years of legacy that others don’t have faces real questions about how to cope with that. Some are saying let’s leave the legacy, ‘drain and contain’ it, essentially graveyard it, and build a 2.0 bank; others are saying we need to transition, transform and modernise and that requires money; others could potentially be amalgamated into bigger enterprises. People are genuinely beginning to assess where technology sits in their strategy; it’s become a board-level conversation now.

A disruptive force
Overall questions the quality of the advice and guidance such organisations are receiving and suggests that, as a new entrant itself, CloudStratex has the potential to be a disruptive force by encouraging clients to become more self-sufficient and to develop their own in-house capabilities rather than relying so much on SIs and other third parties.

“A lot of big system integrators (SIs) that we, perhaps a little ambitiously, consider to be our competitors are carrying business models that have a significant requirement for people to be kept busy in offshore areas. The Big Five, for instance, have huge resources and huge capabilities, but they also have a business model that requires significant chargeability of their staff in large offshore arenas. We don’t have that.

“One of the things I want to draw people’s attention to is that if you are going to a third party, certainly one of the larger global SIs, they will definitely be thinking about how they can lock you into a 3 to 5-year outsourcing deal that keeps their people busy, expands their annuity revenue stream and shows long-term growth. We think technology has become so central to organisations’ function that our drive is to help clients develop more self-sufficiency. We train their staff and work with them in hybrid teams, rather than saying ‘We are not sure you are going to make it; we’ve got loads of people who do this for a living, so why don’t you give it to us to do’. Clearly, that approach plays; there’s no doubt about that. But what we see is that people are realising just handing over a problem to someone else is a short-term tactical fix.

Experienced practitioners
Another way in which CloudStratex differs from most consultants, claims Overall, is in the breadth of real-world experience it can draw on.

“We have grown up as practitioners more than anything else, so we consider ourselves a little bit anti-consulting. Instead of following a graduate to consultant to partner to MD path, without ever having been in the nuts and bolts of a client’s IT organisation, a lot of our people have experience of working in businesses, as well as with clients. Our COO Tony Irving, for example, had a long career in major banks, finishing that part of his career at Thomson Reuters with about 6,500 people working under him. People respect that; they respect that we have been on their side of the desk; that we know what it is like to have a consultant come in and tell you that you are a 5 out of 10 but could be a 7 out of 10, when all you are trying to do is get through the day and survive,” he said.

“We always let people know we are not trying to apportion blame for why these challenges exist. It’s very easy to blame the guy on the ground, but that’s the least of their worries; most of those guys are doing their damnedest to try to keep the thing afloat. When a consultant comes in, benchmarks you and tells you you’re not that good, it just adds fuel to the fire. We take a different approach, which is to be humble, to understand these people’s situation and to tell their story in a way that an executive can understand and empathise with.”

Growth areas
CloudStratex has not been operating for long, but Overall says it has already identified two growth areas; firstly, with clients wanting to carve off different entities to the cloud and needing advice on how to do it; and secondly with ServiceNow customers.

“ServiceNow is very aspirational and is having a complete rethink about its go-to-market strategy and how to expand from a $2 billion to a $10 billion business. Quite a lot of ServiceNow clients are in that 2.0 mindset themselves. The tie-up for us is that sooner or later if they want to operationally integrate this next generation technology, they are going to have to put a management framework around it and we think a combination of a strong ServiceNow story and the cloud is part of the answer,” he said.

“We find that most people’s cloud environments are managed very much as a standalone environment and don’t integrate well with the service management framework the client has employed. So, some of the benefits you get from cloud are not being appropriately governed and because they are not in that framework things like cost management and demand management aren’t getting the level of attention they should. You hear a lot of stories about how cloud spend is out of control and that’s mainly because cloud has grown up as a somewhat separate entity and hasn’t been brought into a more centralised mindset.”

Overall added: “The whole ServiceNow piece is quite interesting for us. It has entered the market, made a big splash, taken on more traditional players in that space and is doing really well. But I think there is a next generation story as well, as ServiceNow begins to evolve and develop and become more functionally relevant to the centralised operation of an IT department. I think we can play quite nicely there.”