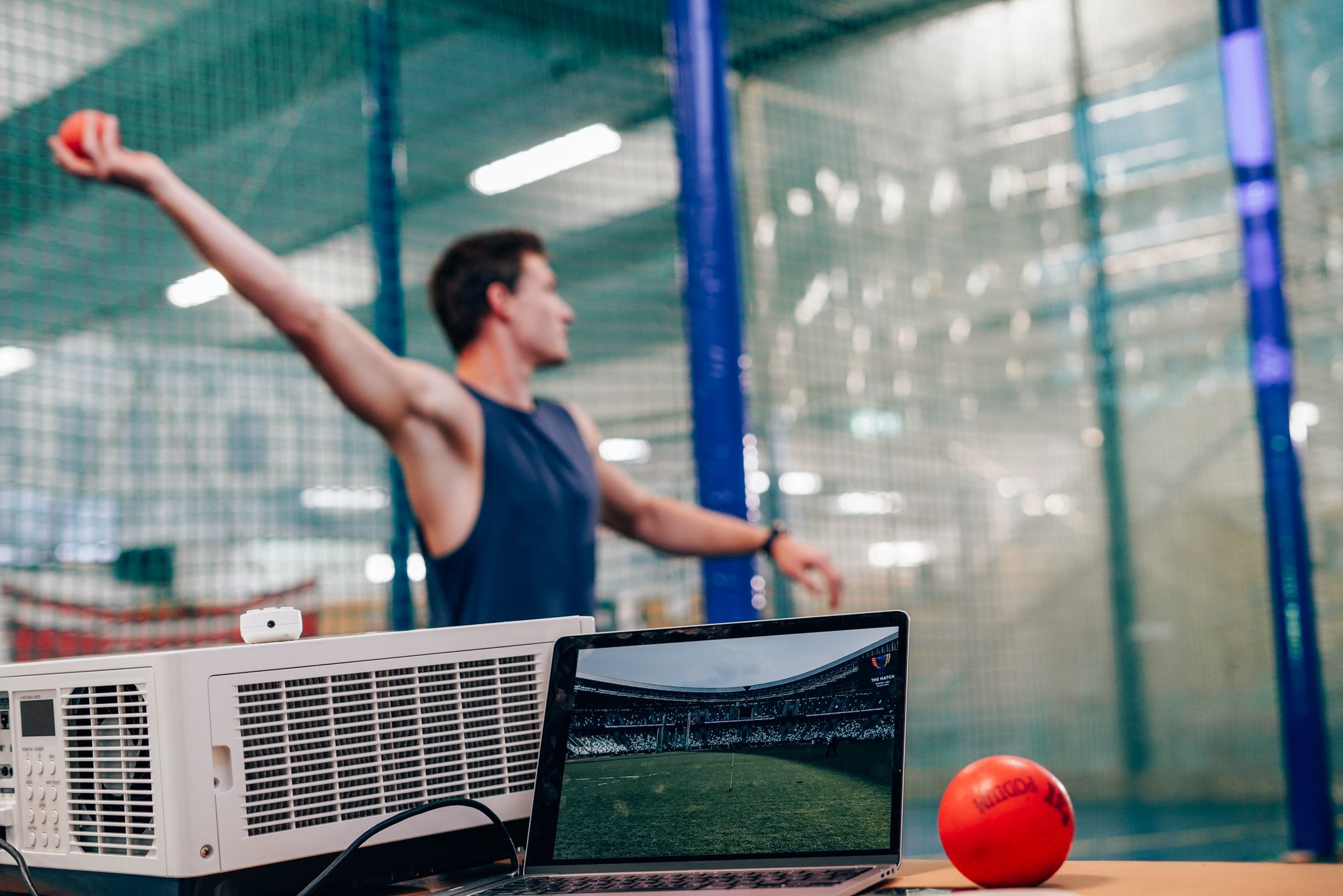 Aiming for a Second Olympic Gold with Panasonic

Panasonic and the German javelin thrower Thomas Röhler are joining forces this Olympic Games year as the combined 2016 Olympic champion and 2018 European champion works towards his second Olympic Gold. Panasonic’s technical equipment is enabling optimal competition preparation and sophisticated training analysis. Panasonic’s PT-MZ16KL laser projector simulates the Olympic Stadium in Tokyo to specifically train visual orientation in a situation that is as close to a competition as possible. Röhler also uses Panasonic cameras and a 4K Panasonic TV for the technically demanding training and movement analysis. 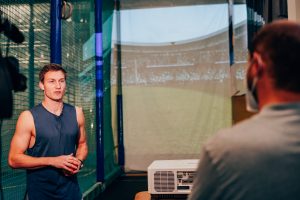 Thomas Röhler has already undertaken several months of dedicated training to perfect his aim for throwing his javelin – and still has many weeks and numerous competitions ahead of him.

“From October to April we throw balls against a tarpaulin in the hall. That’s a good amount of around 500 balls per training week. I’m aiming for a crosshair that we have drawn on. My trainer Harro Schwuchow came up with the idea of ​​simply projecting images of the competition venues onto this tarpaulin in order to better train visual orientation,” explains Röhler, who has developed many innovative training methods with his trainer.

The apparently simple idea was not that easy to implement:

“The requirements for the technology are very special. We train in daylight and throw balls weighing between 300 grams and two kilograms against a tarpaulin at great speed and pressure. However, the picture has to be clearly visible so that we can optically orient ourselves,” says Röhler, describing the challenges that could only be solved with the Panasonic projector.

As the equipment in Halle has to be dismantled after each training session, a compact device was selected – but also a powerful one. Competition light is simulated with 16,000 lumens. The optics of the projector were chosen after a 3D simulation, so that the projector can be installed optimally without disturbing the start-up. The lens shift of the projector is used to project the image in front of the approach path, although the projector is positioned offset to the side. In large competitions like the Olympics Games, the competitors have very few “trial throws” on site before the competition. The simulation with the beamer makes it possible to fade in the respective stadium and the athlete can adjust to the specific conditions he can expect at each site.

Panasonic is also empowering a new level of throw analyses with two Panasonic cameras, the Lumix FZ 2000 and the AG-CX10 capturing 4K videos. The cameras allow high resolution video capture, immediate sharing, replay and zoom for the trainer to analyse the details of the movement on a 4K Panasonic OLED TV.

Panasonic has supported the values of the Olympic Movement and the transmission of live images to almost all countries in the world as an Official, Worldwide Partner in the field of audio and video equipment since the Olympic Games in Calgary, Canada in 1988. In 2006, Panasonic also became the first Official, Worldwide Partner of the Paralympic Games.

“With the technical support for Thomas Röhler and the young athletes of his team, we are building on the Olympic history of Panasonic, which has included bringing the passion for sport into living rooms all over the world with our know-how and products for over 30 years. For us, ‘Sharing Passion’ is not just an advertising slogan, it is also the drive and motivation for ever better products and services – very similar to Thomas Röhler’s work,” says Junichi Suzuki, CEO of Panasonic Europe.

Panasonic Corporation is a global leader developing innovative technologies and solutions for wide-ranging applications in the consumer electronics, housing, automotive, and B2B sectors. The company, which celebrated its 100th anniversary in 2018, operates 522 subsidiaries and 69 associated companies worldwide and reported consolidated net sales of Euro 54.02 billion (6,698.8 billion yen) for the year ended March 31, 2021. Committed to pursuing new value through collaborative innovation, the company uses its technologies to create a better life and a better world for customers. Learn more about Panasonic: https://www.panasonic.com/global.