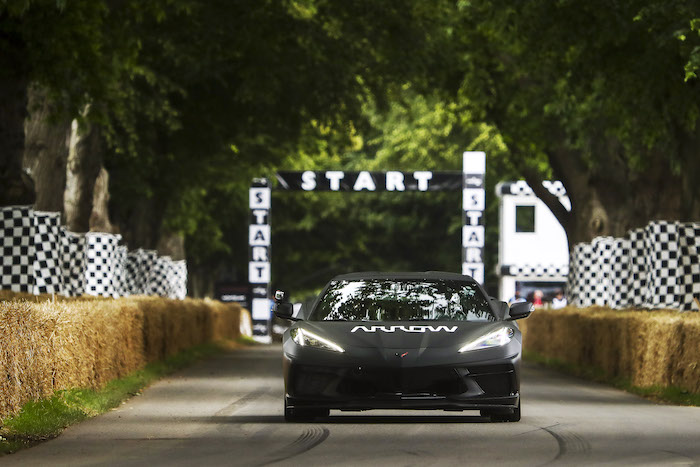 Arrow McLaren SP INDYCAR team owner Sam Schmidt driving the Arrow Electronics semi-autonomous mobility (SAM) car up Goodwood’s iconic 1.86km hill-climb course at July’s Goodwood Festival of Speed. Schmidt, who was paralysed in a crash in 2000, is able to drive the modified 2020 Corvette using only head controls and voice commands. In January, he achieved a top speed of 201 mph. At the Festival of Speed’s Future Lab, Schmidt also demonstrated a new SAM Suit exoskeleton developed by Arrow and robotic engineering researchers at Vanderbilt University, which advances current exoskeleton technology with extensions to support Schmidt’s torso and arms, as well as his lower extremities.