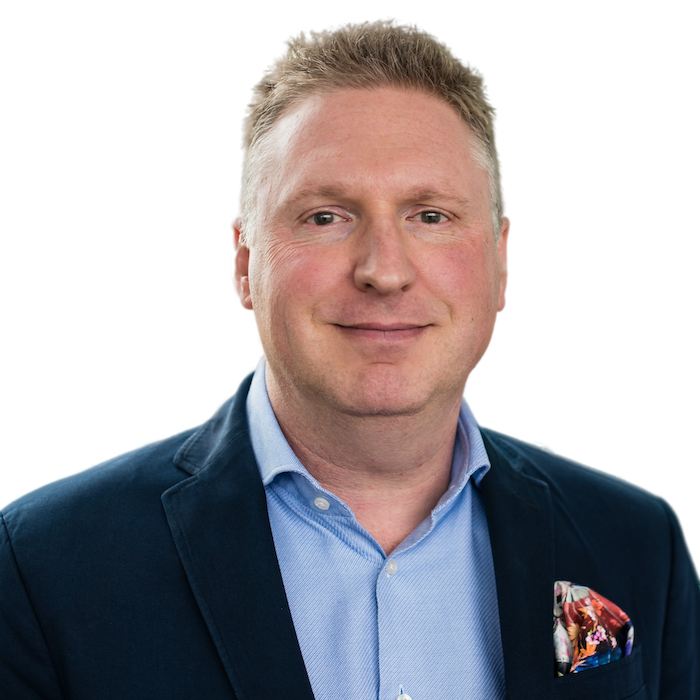 Following the completion of Apollo’s acquisition of Tech Data, Technology Reseller asks David Watts, Managing Director of Tech Data UK and Ireland, what it means for the company and its customers

At the end of June, Apollo Global Management announced the completion of its acquisition of Tech Data and its intention to accelerate the distributor’s digital transformation with an investment of $750 million over the next five years. Three weeks later, on July 20, Technology Reseller caught up with David Watts, Managing Director of Tech Data UK and Ireland, to discuss what the acquisition means for the distributor and its customers, how Tech Data UK has coped during lockdown and what the coronavirus pandemic means for the future of work.

Watts started out by making the point that the move by Apollo, which values the distributor at around $6 billion, validates Tech Data’s existing strategy and is testament to its strengths as a company. “We were a target for acquisition and partnership only because we have got a successful strategy that someone wants to fast track more,” he said.

He added that being back in private ownership will give Tech Data more freedom and flexibility to invest in technology, develop new services, pursue acquisitions and accelerate its digital transformation.

“There are benefits in not being on the stock market, such as not having to report quarterly results and being able to invest in a different way in our strategy. That’s what Apollo brings to the party. The market has moved so fast in IT, and when you are constantly having to report to share-holders it can be quite difficult to manage substantial change,” he said.

“When Apollo revealed their intention to buy us in November, they announced straight away that they wanted the same CEO (Rich Hume), the same headquarters (Clearwater, Florida), the same strategy. I have been in an audience with the senior management team and our Apollo partners and they talked in a very educated way about our strategy, why they like it and how they want to support it. So, it is business as usual in that sense. I just think you will see us move faster.”

In this context, Apollo’s commitment to invest $750 million over the next five years is a great statement of intent that will enable Tech Data to expand its StreamOne Cloud Platform and invest in technology to optimise processes and enhance agility through the intelligent use of data and analytics.

“One of the reasons we have been a really good, strong partner for our customers during lockdown is that we already have all these electronic tools that a lot of our competitors don’t. The investment we have put in place has been huge and for us to muscle up those investments and widen them needs this expenditure,” explained Watts.

“The key one is state-of-the-art platform development. There’s nowhere we don’t already have capability, so we will be building on what we’ve got. You will see an acceleration of that. One of the main things is ease of use. You will see a consolidation of different systems and platforms and easier to use interfaces on all the e-commerce tools and consumption and billing tools we have,” he said.

Watts expects this to take much of the ‘grunt work and complexity’ out of administration so that staff can be redeployed in other areas. This will enable Tech Data to assist customers as they pursue their own digitisation initiatives and adapt its support offering in line with evolving post-Covid requirements.

Watts doesn’t envisage great change in the solutions and services Tech Data offers, but he does expect there to be a greater requirement to support customers as they strengthen their cloud and e-commerce capabilities or build new specialisms.

“We already do a lot in that regard, such as the events that we run, the bespoke support we give customers that want to build new practices or enter into a new product area or an adjacent solutions area, but we probably need to scale those up much more significantly. And, in scaling those up, there is a lot more we can do digitally. That’s one of the things we’ve definitely learned with this pandemic,” he said.

“Look at physical events. The desire for physical events will still be there – and I certainly still want to be running them – I just think it is going to be so much easier to persuade someone to come to a webinar. That’s a great opportunity for us.”

Another area where Watts sees an opportunity is in helping organisations to develop resilient IT strategies and optimise all the equipment and infrastructure installed in a generally unplanned fashion prior to lockdown – laptops, monitors, printers, keyboards, mice, webcams, thin clients and collaboration tools, as well as cloud, security and VPNs.

“We had the benefit of a couple of things. First, over the last decade we have invested a lot in our ability to remote work so that for a lot of our workforce remote working is completely standard. Secondly, we saw other countries going into lockdown early, so we had a couple of weeks to test our systems and learn how Tech Data subsidiaries were dealing with their lockdowns. While it was very fast – one day we were in the office and the next we weren’t – we had been able to prepare our staff and test tools and systems to ensure everything worked from day one.”

“I pushed pretty hard for the office to be open from July, and Facilities did a massively impressive job in opening offices in the north and the south – one in Warrington and one in Basingstoke. We survey staff a lot and some told us they felt isolated at home or found it tricky working with their family or in a shared house. So, we wanted to give people the opportunity to go back to the office. That’s one reason. Another is that our destination is not ‘working from home’ but flexible working, so at some point we are going to ask people to come back and the more chance they have to try it out beforehand the better,” explained Watts.

“Some of our largest customers, vendors and large VARs – I would say much more than half – are not coming back until next year. I think we are going to be unusual in giving that opportunity to staff sooner rather than later.”

In the meantime, there are other challenges and threats to be negotiated, from economic recession and cost-cutting to Brexit and deteriorating relations with China. Even so, Watts remains optimistic about the future.

With its new backing from Apollo, including the promise of $750 million of investment, and greater freedom to react quickly to new opportunities, Tech Data will be looking to set the pace.