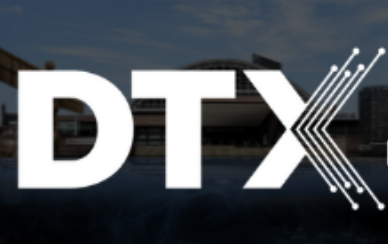 The most influential technology trailblazers in the North West of England are being celebrated ahead of Manchester Tech Week.

The Top 50 North West Tech Transformers profiles technologists within the region’s high-profile businesses and organisations. It also recognises industry changemakers in areas such as skills and diversity & inclusion.

The individuals showcased are driving digital transformation from bases across Greater Manchester, the Liverpool City Region, Cheshire and Lancashire.

The list was compiled by tech publication BusinessCloud alongside Imago Techmedia, the organisers of Manchester Tech Week, and is sponsored by AWS, Cisco, Okta, Auth0 and RingCentral.

CISCO Chief Executive, UK & Ireland, David Meads commented: “With a heritage in innovation, Manchester has a rare kind of technology-fuelled ambition, which deserves a spotlight. We are delighted to be partnering with Manchester Tech Week  – and supporting this list of trailblazers from the region –  to help create just that.”

The panel will be compered by BusinessCloud and TechBlast Executive Editor Chris Maguire. “Our Top 50 North West Tech Transformers are not all in the public eye. Many of them are the people pushing boundaries behind the scenes,” said Maguire. “Every one of them is driving forward digital transformation in the North West and transforming the region into a tech powerhouse. We are looking forward to seeing the North’s tech community come together for a truly special event.”

The panellists join a list of 181 confirmed speakers including over 70 end users, 46 vendors, 40 analysts, 20 associations, and 5 headliners, also taking part in DTX Manchester, the anchor event of the inaugural Manchester Tech Week.

Manchester Tech Week is host to three major shows: Digital Transformation EXPO (DTX), which returns for its sixth outing in the city and was previously known as IP EXPO; the launch of Unified Communications EXPO (UCX); and Connected North. The week is expecting to see over 7,500 attendees across four days of events.

James McGough, Managing Director, of Imago Techmedia, commented: “Over the last two years, IT Leaders and technology teams have kept the world spinning. They have been the true heroes of business resilience, recovery, innovation and growth. It’s our pleasure to recognise the Top 50 North West Tech Transformers and celebrate the work that they are doing to power the northern tech revolution.”

To find out more about Manchester Tech Week 2022 click here and to register for the DTX event on 28th-29th April click here.