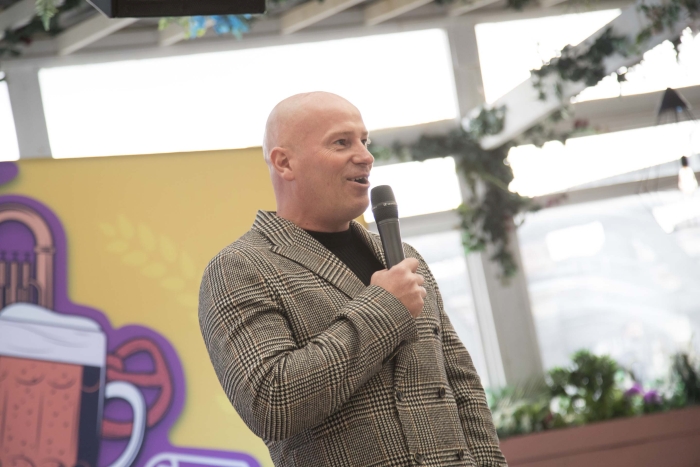 DWS raises a stein to its partners..

In the six months since Daisy’s rebrand to Digital Wholesale Solutions (DWS), CEO Terry O’Brien and his awardwinning team have given their all to strengthening partner relationships and developing that all-important human touch that lies at the heart of DWS.

As part of this initiative, the super aggregator launched a new event series, DWSfest, with a Channel Oktoberfest in London on October 3. The event in celebration of DWS partners took place at Pergola, Paddington and included the first ever DWS Power Awards.

CEO Terry O’Brien kicked off proceedings by welcoming guests and raising a stein to the partners that have helped to make DWS a success.

He said: “DWS would not be the success it is without our partners, which is why we wanted to do something big to show our partners how grateful we are for their business. An Oktoberfest seemed like the perfect event for guests to kick back and relax, networking with our staff and maybe picking up an award for their hard work.”

Channel Oktoberfest was held with the support of other major players in the industry, including TalkTalk Business, BT Wholesale, O2, Virgin Media Business, Epsilon, Nokia, CAT Phones and FirstWave Cloud Technologies, each of which was invited to present an inaugural DWS Power Award.

The top award of the night, the Power in Partnership Award, was presented to Transaction Network Services (TNS). Its Vice President of EU Operations Ciaran Jones said: “We’re delighted to be recognised by DWS as one of their most valued partners. Our long-standing relationship is a testament to the key strengths that both of our organisations bring to the table and which enable us to offer a superior service to our customers.”

As the night progressed, partners celebrated their award wins, chatting with industry peers and the DWS team. Some even participated in Oktoberfest games to the accompaniment of a suitably Bavarian soundtrack provided by Oompah Brass.

Terry O’Brien says he is delighted with the feedback he has received about this unique event, from guests and DWS employees alike.

“No one else in the Channel is holding events like this, so it was something new that I was really excited about,” he said. “The feedback we’ve had from attendees has been so positive – and it gave our team a fantastic opportunity to get to know the people behind the partners, strengthening relationships and maintaining that all-important partner focus that DWS is so passionate about.”