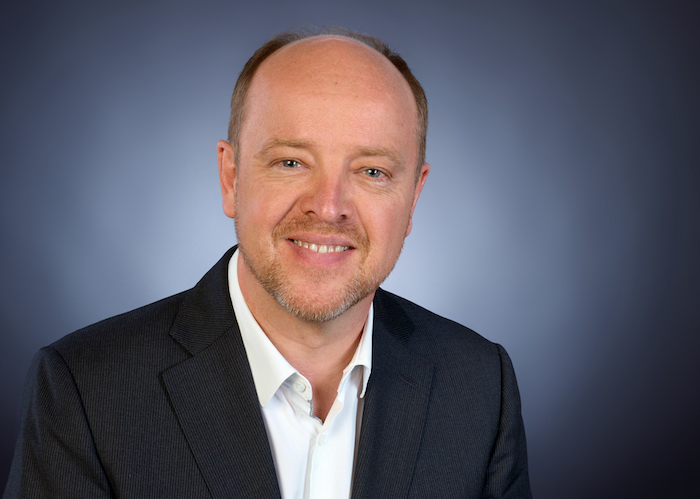 Nuvias has sharpened its focus on emerging technologies with the acquisition of Cloud Distribution, a specialist distributor of cloud-first cyber security, networking and SaaS solutions. James Goulding finds out more from Nuvias Group CEO Simon England

For a company that was created through a buy and build strategy, Nuvias has been relatively quiet on the acquisition front of late – certainly compared to larger rivals in the distribution sector. Could the value-add distributor’s acquisition of Cloud Distribution in May indicate that the company is now entering a new, more acquisitive phase?

Listening to Nuvias Group CEO Simon England, it seems pretty clear that it does – albeit within the confines of a clear strategy and at a pace that won’t imperil the value that Nuvias brings to its business relationships.

“Nuvias was originally put together [by Rigby Private Equity] from four acquisitions between 2015 and 2017 – Wick Hill, Zycko, Siphon Networks and DCB in Benelux. In 2018, big investments were made to support the infrastructure of these businesses – a major investment in IT, a major investment in building out a central supply chain model.

“In 2019, as I came in, we were still on the tail end of some of these operational changes. For example, the system implementation of 2018 didn’t work very smoothly, as is often the case. Implementing a new ERP system and transitioning from an existing system to a new system across four different businesses was a big project, as you can imagine. We are now coming out of that and heading into Phase Two of our strategy.”

So, what does Phase Two involve? For England, a key priority, on the cybersecurity side especially, is the ability to engage early with emerging technologies, to generate momentum from a standing start and then use the scale and relationships of Nuvias to accelerate adoption. Hence, the attraction of Cloud Distribution.

“Cloud has a track record of introducing new technology, introducing emerging technology from a very low start point. If you are coming in without water already flowing down to get that mill wheel turning, you need to go and make that happen, by understanding the use cases and understanding which partners can help make that happen. What must I be able to do to close that business? How will I support it with a vendor that might not be very streamlined from an operations point of view?

“Cloud did very well in developing some of these opportunities. They introduced Meraki into the UK. There was a time when 80% of their business was Meraki. Then Cisco bought Meraki and they lost it because, guess what, they were not perceived to be the right partner for Cisco going forward. This turned out to be a real boon for Cloud because it meant they had to go out and find a replacement, and that was a cornerstone in their development as a business. Having to go out and find alternatives to replace an existing revenue stream built them into what they are now. That early engagement and ability to drive net new, is what they have done very well.”

England adds that these capabilities are particularly important in the highly fragmented cyber security space where there is a constant turnover of new threats and new solutions, from start-ups and from existing vendors that are acquiring emerging technologies and bringing them into their portfolios so that they can better support end user customers wanting to reduce the number of cyber security suppliers they have to deal with.

Nuvias was already doing this to an extent, but it was not an existential imperative as it is for Cloud Distribution. Its acquisition gives Nuvias a much sharper focus when it comes to early engagement with new technologies.

For England, there are other factors that make Cloud Distribution an ideal fit for Nuvias, including zero overlap in their respective product portfolios – he describes Nuvias and Cloud Distribution as operating in parallel swim lanes – a shared commitment to partner engagement and, above all, compatibility with Nuvias’ existing strategy.

“The way I look at acquisitions is that if you can acquire into a strategy, you have a much higher likelihood of success. The value-added distribution world is all about people. You can ruin a business with bad processes, but you can’t build a valueadded business with good processes; it just doesn’t work like that. Maybe you can do that on the volume side, but Nuvias lives off its people – and it’s the same for our competitors on the value-added side.

“We don’t qualify for our business by our intellectual property, by patents we have recorded somewhere or by the investments customers have made into our technology, if they happen to be an Oracle shop or a Cisco shop or a Juniper shop. We don’t have that. What we have is people, who therefore have to make the difference.

“In acquisitions, if we don’t have a strong win:win message that wins the hearts and minds of the people we acquire and doesn’t lose the hearts and minds of the people we already have, the likelihood of success is quite small. But, if you are acquiring into a strategy that we have already shared with the team and you can say ‘Hey, we worked out together that this is where we want to go and this is what we want to do’ and then build in an acquisition to accelerate that journey then people will obviously welcome that. It also gives the acquired party a role to play; it gives them something to contribute so that they know that they are not a sideshow that just happened to be available at a cheap price but are an integral part of a shared future.”

As evidence of the commercial and cultural alignment between Nuvias and Cloud Distribution, England says that the entire acquisition process, bar one dinner, was done virtually and that at no point over the three months it took was there any talk of cost synergies. Instead, it was all about growth.

“We want them to do what they have been doing in the past. We just want to fuel them with more opportunity, so they grow beyond their original business plan. If you look across Nuvias Group, we have global logistics, because some of our big international customers have international customers; we obviously have greater strength in the balance sheet, so we can afford different credit lines with vendors; we have 24×7 and second level support opportunities that we provide for several of our vendors’ technologies today; and we have scalability when it comes to IT and moving to digital working models.”

For the next two years at least Nuvias will maintain the brand and structural integrity of Cloud Distribution, only adding the tagline ‘a Nuvias Group Company’ to its logo. Nor are there any plans for it to expand into Europe, where Nuvias has the same strategy to engage early with emerging technologies.

So does this mean that Nuvias will be looking to make acquisitions in Europe as well?

“There are two ways of building against our strategy: one is to make organic investments, setting people aside to drive an early engagement model and live in that world as Cloud did – it doesn’t have to be a separate company; or we will be acquiring. The question, as always, is will there be an appropriate candidate that fits that strategy well and, even if it fits on paper, do the people gel, does it make sense, does the culture fit, which we think are all strong arguments for Cloud. So, we are looking [at acquisitions], but we do have other options.”

As for the UK, England says that further acquisitions are possible here but not a priority while Nuvias beds in Cloud Distribution and puts in motion the business plan they have developed together.

“As a business, we are continuing to look for opportunities. Right now, our preference would be to make acquisitions in other spaces. Having said that, the UK is a prize market for us and our biggest country in terms of revenue contribution, even though Germany is catching up, so we want to continue to invest in the UK, both organically and on the M&A side. And let’s face it, M&A is heating up right now and there is also a potential Capital Gains Tax change in the UK that might make it interesting for an owner to sell now rather than later. Developments like these could create further opportunity, so we’ll see what happens.”