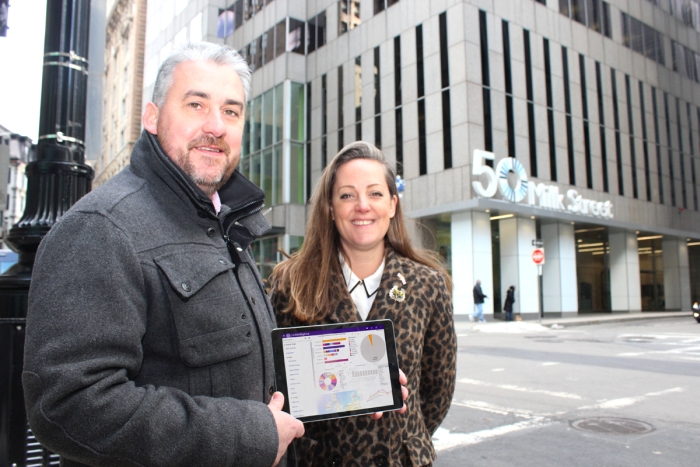 First US office for Panintelligence

The move follows a number of US contract wins, including one with retail app developer PCMS, which has its US base in Cincinnati.

CEO Zandra Moore said: “The US has been of interest for some time, as UK clients were increasingly deploying our platform across borders, with many users based in the US. After meeting with market experts from the British Consulate in Boston and visiting the city twice, it’s been an easy decision to invest in our first overseas base in Boston.”

She added: “The whole tech community there is so vibrant and exciting. With so many developers and resellers who need smart data tools, it’s a perfect region to expand into as we scale-up.”

The Boston office will initially serve as a base for Panintelligence staff seconded from the UK, prior to the recruitment of a four-strong in-market team in 2020.

Originally part of Leeds-based financial services firm Pancredit, Panintelligence was founded in 2014, following an MBO led by Moore and CTO Ken Miller. It employs 37 people at its Leeds head office and last year increased revenue by 40%.

The company’s Panintelligence Pi software, which provides real-time BI dashboards and predictive analytics to improve decision-making, has more than 200,000 users worldwide and is whitelabelled across a wide range of industry sectors, from retail and education to local government and healthcare.

Moore claims the company’s roots in the financial services industry is a big selling point.

She said: “We’re seeing a massive advantage from the security and compliance aspects inherent in our platform as a result of coming from the highly regulated UK financial services sector. There are definite advantages for some UK fintech firms like us who have had to deal with the world’s strictest data compliance and regulatory environments since their first day.”