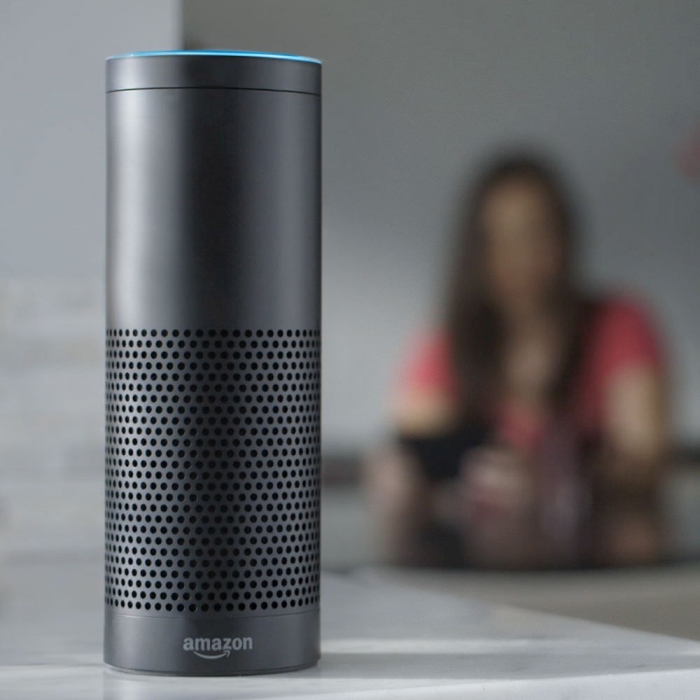 Based on its observations at the CES 2017 consumer electronics show in Las Vegas, Futuresource Consulting has identified five stand-out themes set to dominate the year ahead – voice integration; premium user experience; connected consumer electronics; hidden, discreet technology (connected 3.0); and in-car entertainment. In a webinar after the event, its CE consultants expanded on these themes and outlined how they were impacting innovation and developments in key technology areas. Here, is a brief resume of their main points.

Voice integration, providing the convenience of hands-free and, in some cases, a cost-effective alternative to LCD screens, was a major theme at CES. It typically takes three main forms: basic voice control; built-in VPA (virtual personal assistant); and VPA compatibility.

Futuresource estimates that at the end of 2016 there were 3.7 billion voice-supported devices in use worldwide, including 3.6 billion mobile devices, plus a smattering of vehicles (160 million) and home AV systems (70 million). The number of voice-integrated devices on show at CES marks this out as a key growth area for 2017.

Futuresource Consulting Director Sarah Carroll believes VPA functionality “will revolutionise how we search for information and order goods and services”. Not surprisingly, battle lines are already being drawn up by the major vendors, including Amazon with Alexa, Google with Android TV Assistant, Microsoft with Cortana, Apple with Siri and Samsung with S Voice.

A second theme identified by Futuresource is the continuing drive by the industry to create a premium experience for users through the rolling out of HD and high resolution video and virtual and mixed reality. However, its research shows that while consumers want a high quality experience they don’t expect to pay a premium for it.

Futuresource Consulting Associate Director Simon Bryant says these devices rely on the network and better processing in the devices themselves to provide AI capabilities and device learning from a network of users so that they can act almost autonomously.

“Fundamentally, we are looking at consumer electronics that improve over time. A device you buy today will be able to do more tomorrow, the next week, the next year and in 10 years’ time. That is a fundamental shift in consumer electronics. Some of the devices we saw at this year’s CES are relatively limited but the possibilities are clear,” he said.

“You also have much greater connectivity around the home, driven by Internet of Things and categories where we already see WiFi integrated, such as audio, TVs and appliances. Less than 1% of appliances are WiFi-enabled at the moment, but we are seeing that grow very rapidly.”

Futuresource’s fourth theme is the move away from CE that dominates the home to more discreet designs that blend into their surroundings or are hidden, for example in furniture. Examples from CES include the LG Wallpaper TV (super thin and fixed to the wall with magnets), the Samsung Lifestyle TV (connected with ultrathin cables) and very thin, curved, flexible displays, which Futuresource predicts will be big in 2018.

Futuresource describes its fifth key theme as “hugely significant for the CE industry” for two reasons: one, the car industry is robust in terms of sales and the amount spent per car; and two, electric vehicles are becoming a significant part of the market.

The Futuresource Connected Car Report, January 2017, points out that in 2016 new car sales reached 75 million, of which 15% were sold with connectivity. In 2017, sales are expected to rise to 77 million, of which 30% will have connectivity. This growth is attracting non-traditional in-car entertainment (ICE) vendors such as NVidia, Apple, Google and Microsoft.

The growing take-up of electric vehicles is also attracting non-traditional players, like Faraday Future, Google, Tesla and Apple, as to operate in this market new entrants do not need expertise in the combustion engine.

Bryant added: “A third significant aspect is a shift to autonomous driving. Its potential to change the in-car experience is really fantastic. That’s where the consumer electronics industry is really looking at this space. How will that change the experience, change how people consume not just media but also the electronics within their car?”

Futuresource says this is becoming a big area of investment and innovation, including developments in gesture control, support for VPAs, holographic displays and noise cancelling technologies that can block out sound within the car.

Futuresource expects 10% of cars to be autonomous by 2030, with numbers rising very quickly after that.

Jack Wetherill, Futuresource Consulting senior market analyst, expanded on these themes in an overview of the key product trends in vision, audio, the smart home and wearables. With most of the key Virtual Reality product launches having taken place in October, he said there was not much of note to report in this area.

With an expected trade value of $94 billion in 2017, TV and video are still a major focus for vendors like LG, Samsung and Sony, with HDR (High Dynamic Range) becoming a dominant feature and 4K picture quality now a given; 8K models were on show, too, though Futuresource expects them to be a niche product for the Chinese and Japanese markets in the build-up to the Olympics.

“One thing we did see was OLED displays, generally considered to be the best TV technology, take further steps into the limelight. OLED has been pioneered by the second largest TV vendor, LG, which has around 13-15% of the market for TVs, and there has been some global activity from Panasonic, but there are relatively few models at retail. Sony chose CES 2017 to reveal its OLED ambitions with 55, 65 and 77 inch models. LG revealed a new range of OLED sets for 2017 including the Wallpaper TV. This was one of the most admired and talked about products at CES, not just due to its picture quality but also to its thin design. Panasonic showed 2017 OLED models. Samsung with around 30% share of the TV market worldwide is the last big player not to have introduced OLED into its line-up,” said Wetherill.

He added that there was more focus on design to differentiate products, notably the $8,000 LG Wallpaper TV. This superthin (3.5mm) display lies flush against the wall, with electronics and sound technology in a soundbar.  Samsung has adopted a similar approach with the electronics for one of its TVs housed in a separate box.  Today, the two parts of these TVs are connected by an almost invisible cable; in the future the connection could be wireless.

In the audio market, Futuresource singled out the $13 billion worldwide headphone market in which the accent was very much on wireless and voice control. This, suggests Wetherill, is in part due to the removal of the headphone jack from the iPhone 7.

Last year one in fve headsets sold were wireless; Futuresource expects this to rise to nearer 30% this year, with total wireless headset sales rising from 76 million in 2016 to 104 million in 2017.

Smart technology is a big focus for appliance vendors and CES 2017 featured a vast array of smart home products, many of them speculative and unproven in the market, such as smart toasters and frying pans. Others are more useful, such as baby monitors that can be linked to a smart TV or fridges with internal cameras that can be viewed remotely. BOSCH said its whole range will be connected (or connectable) by 2020.

With both Samsung and LG launching voice-controlled fridges, Wetherill points out that voice is increasingly being used to control the smart home.

“We counted 70 or more announcements from Alexa, Siri and Google-related products. Many were keen to show off Alexa-related products, piggy-backing off Amazon’s success, for example smart power solutions and smart light switches. Apple Home Kit was popular with many, Google Home Integration returned more as an up-coming solution and Samsung included its own S Voice technology in a fridge.”

Wetherill added: “The future is still going to be one of multiple standards. While the brands involved in the smart home market are fragmented, the focus is on making all these device interoperable. The talk at CES was less about competing wireless networking standards than about how to ensure these products communicated on the right platform. We think we will see a multi-standard future.”

In contrast to the smart home, wearables were relatively low-key, with fewer announcements or technical innovations. Simon Bryant suggests that the lack of significant launches from leading players such as Fitbit or Garmin reflected last year’s slow market for wearables and a more gradual development of the sector.

“Activity tracking is a commodity feature you see across many different types of wearable and mobile device. Vendors are really focusing on how to use that information in a service-driven proposition, in terms of coaching, in terms of benefiting from the community of users improving the apps and so on. Ultimately, these are evolutionary improvements to what we see in the space.”

Futuresource expects fitness to remain the main driver of wearables, including heart rate monitoring and the GPS-tracking of distance and location. Navigation, multimedia control and pay functionality will also drive the market forward.

One growth area singled out by Bryant is head-based devices, which have been given impetus by virtual reality and augmented reality. “We haven’t seen smart glasses similar to Google Glass come back, but we are seeing application-specific devices coming from companies like ODG and Vuzix, typically coming from a B2B background but trying to push into the consumer home. The main application for these AR headsets is drone control. Beyond that, apps are fairly limited,” he said.

Other than that, there were wearables designed for specific verticals, such as trackers for kids, pets and the elderly; healthcare products, such as blood pressure monitors; and service-linked examples, like a complete IoT wearable solution demonstrated by cruise company Carnival, which opens doors automatically, features Pay functionality and has different apps, demonstrating the possibilities of wearable technology.