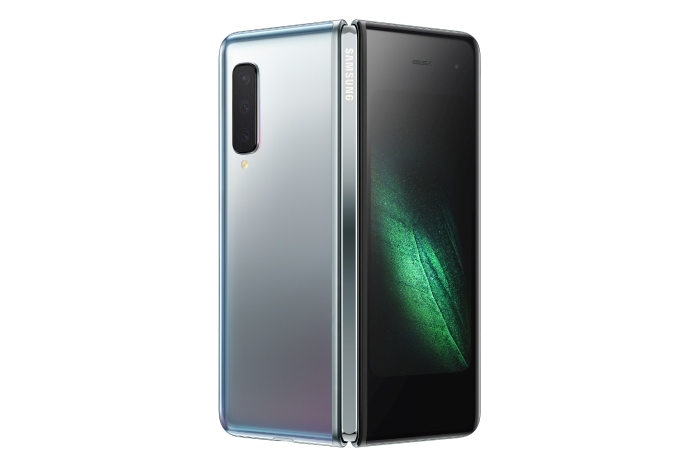 Is 2019 going to be the year of the folding screen and, if so, what are the ramifications for businesses?

With the introduction of the Samsung Galaxy Fold and the Huawei Mate X, Samsung and Huawei have created a whole new category of mobile device that has the potential to transform what can be done on a smartphone.

In their different ways, these two companies are both using foldable displays to increase screen area without sacrificing convenience and portability.

The Samsung Galaxy Fold features the world’s first 7.3-inch Infinity Flex Display folded into a compact device with a 4.6- inch cover display. In its folded state, the phone can be slipped out of one’s pocket to make and take calls and text messages using just one hand. Or, it can be opened to provide a larger screen area for higher quality viewing or work with multiple apps (users can work on up to three active apps simultaneously), with seamless transition between the device’s two displays.

The larger HUAWEI Mate X is a 2-in-1 smartphone and tablet that works as a smartphone with a large 6.6in display when folded, and as a slim tablet with an 8-inch screen when opened. Its Falcon Wing mechanical hinge, ultra-thin design, fast charging and 5G connectivity earned it a clutch of Best of Show awards at MWC 2019, including the GSMA award for Best New Connected Mobile Device at Mobile World Congress 2019.

In the following two articles, industry experts James Manning Smith and Anthony Main explain what the new products mean for the smartphone market and for app owners and developers.

Foldable phones: the hype and the reality

Foldable phones that satisfy the demand for bigger screens on pocket-sized devices stole the limelight at MWC 2019, but for the time being they are still largely ‘proof of concept’, argues James Manning Smith, Market Analyst at Futuresource Consulting

Foldable phones stole the show at MWC 2019, suggesting that we could be on the threshold of a new smartphone era. Prototypes unveiled at MWC reveal an R&D roadmap in the advanced stages of pre-launch, with Huawei, TCL (Blackberry), Galaxy and Chinese brand Oppo all poised to make an entrance.

In fact, prototype foldable phones are nothing new. Back in 2016, LG demonstrated a screen that folded like a newspaper, placing a marker for others to aim for. What’s changed today are the design processes that are driving innovations, alongside a shift in the balance between market opportunities and inhibitors. Samsung plans to release its Fold in April, with Huawei to follow in June with the Mate X, asking a higher price but bringing the added hype sticker of 5G.

However, given that both handsets come with premium price points, they, like Royole’s Flexpai before them, will be more proof-of-concept than genuine drivers of market growth. It is notable that LG has pivoted away from a ﬂexible phone in the short-run in favour of a modular approach. The V50 ThinQ has a dual-screen add-on that attempts to augment the standard handset without adding a huge price tag.

Although the use case for ﬂexible screens can embrace a range of consumer and B2B categories, the smartphone is the most likely device to benefit from ﬂexible screen technology. Smartwatches, tablets, TVs, head-mounted displays, automotive and video wall are all opportunities for ﬂexible and foldable displays. However, the market size and rapid lifecycle of smartphones provide scale, ensuring that the financial benefits can be achieved far quicker than with many other products.

The Consumer Trigger
Aesthetic appeal is a primary trigger for smartphone purchases and a foldable display offers more options and greater consumer pull, even if the practical benefits beyond durability are less obvious. Smartphone design has remained largely unchanged for the last decade, so a ﬂexible screen offers the prospect of a move from the now common rectangle. It starts to build out a new set of USPs, which, if positioned correctly, could quickly capture the hearts and hands of consumers.

What’s more, we’re likely to see added durability, as ﬂexible displays employ plastic rather than a protective glass covering. They are more resistant to water and dust and less prone to shattering if dropped. This has benefits both for consumers and vendors, as the cost of replacing or repairing handsets under warranty decreases and consumers can be confident that their expensive device will withstand whatever life throws at them.

That said, devices that repeatedly fold, bend and twist will be subject to constant and repeated stresses, so it remains to be seen how these products perform under extreme use conditions. While some breakages are inevitable, these will have to be minimised for consumers wholeheartedly to adopt ﬂexible phones. Reliability and safety will have to be there from launch.

Premium prices
The higher manufacturing costs of ﬂexible screens will result in smartphones retailing at premium prices (as reﬂected in the retail price of the Mate X and Samsung Fold). While this is in part the result of the prices commanded by other technological innovations, not least 5G modems, the ﬂexible screen presents a significant manufacturing cost to vendors. This will inhibit mass adoption at launch, and it is likely that only enthusiastic early adopters with deep pockets will purchase ﬂexible phones in 2019. As ﬂexible screen technology becomes more ubiquitous, competitive pressures will drive prices down.
i
Beyond the screen, other components have needed to be made compatible with a ﬂexible form factor, most notably the battery. Although not as problematic for foldable devices, once phones begin to migrate towards a roll-able design, the battery will be the biggest challenge. Highly ﬂexible lithium-ion battery technology is being developed by a wide range of companies, from start-ups to multi-nationals, though many are currently focused on smaller, less power-hungry devices, such as wearables.

Other key component considerations are SoC (system on chip), the camera module, memory and storage, all of which need to be capable of inclusion in a ﬂexible device as we continue to move down this ﬂexible pathway.