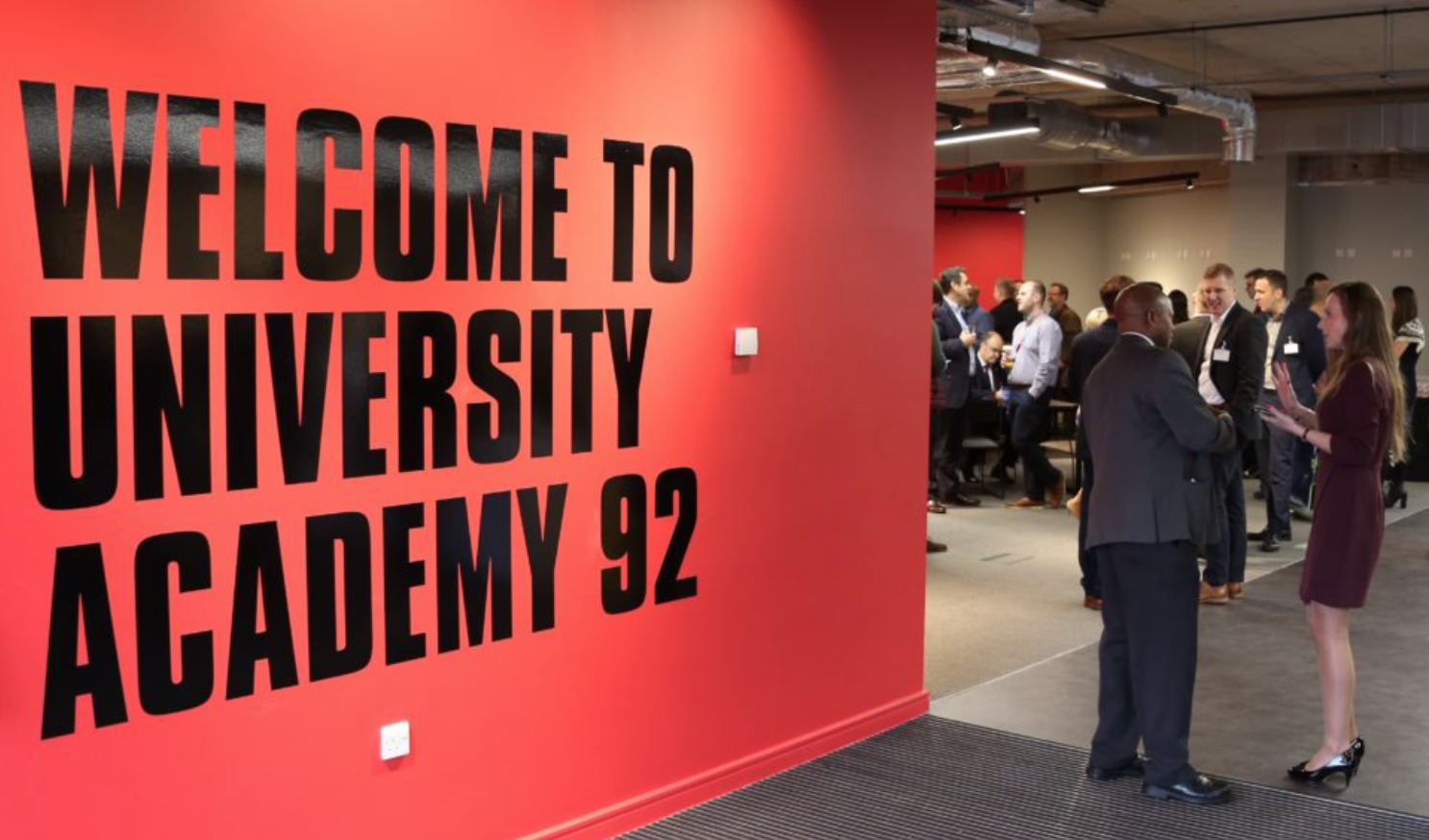 Microsoft has opened a new office space in the North West, as part of its partnership with Manchester’s new University Academy 92 (UA92).

Acting as a base for Microsoft to support customers and partners, the office will also see UA92 students interact with employees on a daily basis, working and studying in the same spaces.

The office is part of a long-term relationship between UA92 and Microsoft, who are working together to build and deliver computer science curricula. By teaming up, the two organisations are looking to help bridge the digital skills gap across the UK.

At the opening of Microsoft’s new office space, Cindy Rose, Chief Executive of Microsoft UK, said: “UA92’s purpose to nurture talent and ambition is closely aligned with Microsoft’s mission to empower every person and every organisation on the planet to achieve more, as well as our goal to close the digital skills gap across the UK.

“We are proud to play a role in both the educational and technology aspects of this unique initiative. It’s an exciting time for technology in Manchester. It has become a vibrant tech hub with a fantastic start-up community and a centre of gravity for Microsoft and our partners.”

The partnership has included training all staff and students on how to make the most of Microsoft Teams and a digital learning day for students every Wednesday, while future plans include collaborations on digital apprenticeships and the development of digital skills in the surrounding area. By also working with a group of employers to develop of the curriculum for the UA92 Computer Science degree, the programme looks to develop skills that meet the requirements of modern industries.

With more than 170 Microsoft employees based in the region, the office will provide a new facility, allowing them to host and better support customers and the company’s 800 partners in the area. In having businesses work from the UA92 campus, Craig Gaskell, Principal and CEO of UA92, anticipates students will benefit from interacting with industry professionals. He said: “The fact that we’re co-located with Microsoft here on our campus means that there are daily informal interactions between students and the company. They’re operating in the professional world and the digital world together. Microsoft are also supporting in the co-design of curricula across business, media and sport as well as helping us understand how we operate as an organisation ourselves.”

Microsoft’s apprenticeship programme was launched 10 years ago to help partners and customers address digital skills shortages in their organisations. One of the Microsoft Learning Providers at the heart of this programme is currently supporting 500 apprentices across the North West, in organisations including Siemens, Barclays and HMRC. Microsoft plans to further develop digital apprenticeships in the region, including by working with UA92 to expand higher and further education offerings.

Derrick McCourt, General Manager of Microsoft UK’s Customer Success Unit, said: “UA92 are trying to deliver education in a very different way. I think there’s recognition that in a very competitive global market that education has to be delivered in a different way to meet the needs of the students. At Microsoft we’re trying to accelerate people into the workplace with skills that match the 21st century workforce that we need. There’s a fantastic overlap between UA92’s ambition and our ambition.” 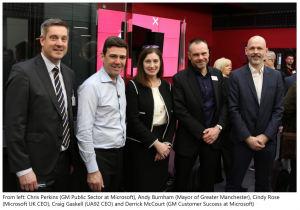 With more than 62,000 digital jobs in Manchester and the digital technology industry generating £2.9 billion in revenue for the area, as reported by Tech Nation, Manchester has strong technology and start-up communities that an increased presence from Microsoft could look to serve and support.

Speaking at the office opening, Andy Burnham, Mayor of Greater Manchester, said: “If you look back through the decades, the centuries even, Greater Manchester has been a disruptor, changing the way things are done. That’s what we pride ourselves on. It feels to me this changes the way we support young people into the best possible opportunities.

“This partnership, particularly with Microsoft, will be noticed by young people, as a place they can now aspire to be. I think that’s exactly what we need to do to support them make their way in a more challenging world.”