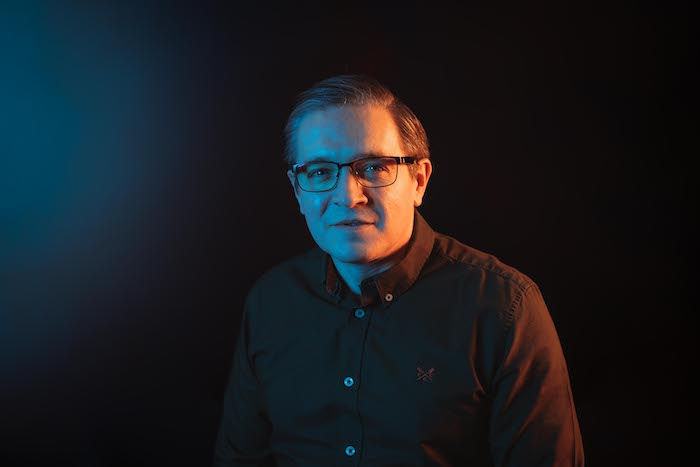 After slow but steady growth in the first six years of its existence, Manchester- based managed IT services provider Everything Tech has experienced annual revenue increases of more than 30% over the last four years, increasing turnover from £1 million to an expected £5 million this year and growing its headcount to 40.

Co-founder Lee Wrall attributes the company’s accelerated growth to a number of factors, including the contributions of Technical Director Anthony Hautin and Managing Director Ruth Hall, who has been involved with Everything Tech almost since its inception but only started working full-time for the company four years ago; completion of the company’s first acquisition last year and the transition of the MSP’s customer base to Everything Tech; and increased demand for IT services to support the growth of existing customers.

“We’ve got customers who have been with us for a long time and might still
only have five people, but our sweet spot is around 250 users. I expect that as we grow, the size of that client will grow, which is historically what’s happened. When we were small, we tended to attract smaller companies, and as we’ve grown, the profile of our clients has grown as well,” explains Wrall.

A Microsoft Gold Partner, Everything Tech offers a variety of managed solutions covering cloud transformation, cyber security & compliance, voice and connectivity, with a particular focus on Microsoft Modern Workplace and M365 cloud services that enable employees to work and collaborate from any location.

“We’ve always lived in the Microsoft world. We were early adopters of Microsoft 365, or Office 365 as it was called then, so we were already starting to become a cloud-first organisation four or five years ago when Office 365 was launched. And the development of that platform has really accelerated our growth,” explains Wrall.

“We still have clients that have on-prem infrastructure – clients of all sizes, big and small, that have not yet gone to the cloud for one reason or another. But the vast majority, probably 90%, of our client base is now cloud-based.”

Wrall says that customers were already starting to make use of the cloud before the pandemic to reduce costs and modernise decaying infrastructure but has no doubt that the pandemic accelerated the process, forcing businesses to transform their technology stack five years before they otherwise would have done.

“Any kind of change is good for us, customers growing, moving premises, changing the way they work and COVID was a catalyst for change. I had been wittering on about Microsoft Teams since its inception in 2017, telling our customers that it was going to be revolutionary and that they needed to be thinking about it. And for the most part that fell on deaf ears, until a global pandemic hit.

“Teams is at the heart of Microsoft’s product offering and has been revolutionary in the way people work; it’s completely changed our lives in that you can access everything through a single pane of glass. Teams is instant messaging; it’s video conferencing; it’s files, folders and collaboration; it’s a telephone system. Everything now lives in Teams, even third party applications – Salesforce and the like – now live inside Microsoft Teams.

“We find people are spending six, seven hours a day in a single product, which is new even for Microsoft. Historically they have owned the business desktop market, but now, instead of flitting between their applications, people are sitting in the same application all the time. It’s fantastic for Microsoft and superb for customers as well, particularly over the past two years.”

Another strong growth area for Everything Tech, which Wrall describes as “a huge part of our business” with “massive growth potential” is Azure Virtual Desktop (AVD).

“Over the last 12 months, it has been difficult to find hardware. Big vendors have not been able to ship enough kit, so people have had to use their own devices – their Dad’s laptop in the kitchen – but they still need to work securely and a virtual desktop is perfect for that. The security on the local device doesn’t really matter because all your computing is being done virtually in AVD.

“Being based in Manchester, a good portion of our client base consists of digital agencies and suchlike. The people who join them are computer savvy and don’t want to be told what hardware to use and they don’t want to be lectured to about security. AVD gives us a line in the sand when it comes to security. We don’t really care about your device, as long as you do your business computing through AVD.”

One aspect of Microsoft’s offering that Wrall feels customers should be making more of is Microsoft Viva, particularly in relation to the onboarding of new employees in an era of hybrid working.

“Historically, we’ve hired people who are geographically located within Greater Manchester, people who live in and around the office, but our customers are all over the country, so it doesn’t make sense just to hire people in Manchester. It makes sense to hire people all over the place. The problem with that is that you’ve got to engage those people, you’ve got to teach them how you work and how your systems work. This wasn’t a problem when new employees were stuck in an office with colleagues. They would organically learn your systems and processes and always be able to nip over to somebody else’s desk and say ‘I’ve forgotten how to do this’ or ‘Can you tell me how we do that?’ or ‘How do I get access to this document?’.

“With workforces becoming more distributed and people realising they can employ somebody to do a job no matter where they’re located, I think there’s
going to be a massive focus on employee onboarding. We’re trying to get ahead of the curve by ensuring our customers have all the technology they need at their disposal, like Microsoft Viva. It’s been kept pretty quiet and I don’t think people are aware of it, but all your employee engagement and learning can be in Microsoft Viva, so when somebody needs advice on how to do something they can find a video in Viva that shows them what to do. We’re trying to encourage our customers to make the most of this. That can be difficult because recording a series of videos that future employees are going to need is alien to a lot of people, but I think that’s going to be huge over the next few years.”

While Everything Tech is very much a Microsoft house, its relationships and capabilities are much more extensive than that. It is a long-term user of
Datto’s Autotask PSA software and RMM to manage its own operations and its customers’, and it has a mature technology stack that includes products from a variety of vendors, including Cisco Meraki for remote connectivity and SentinelOne and Webroot for intrusion detection.

While Wrall shies away from using the term Managed Security Service Provider (MSSP), he sees security as an important part of Everything Tech’s engagement with customers.

“We don’t advertise ourselves as an MSSP, but I think that’s what we’re doing. Any good MSP of a certain size will be offering such products and services organically as part of their offering,” he says.

“Last year, we became one of the only MSPs in the country to impose two factor authentication across our entire customer base. It was a massive challenge for us. We’ve got more than 5,000 users on our books, so turning to two factor authentication across that entire customer base was absolutely enormous. And we’re heavily invested in getting our clients to do security awareness training. It’s inexpensive – it costs a couple of pounds per person, per month for a structured training and testing programme.”

Wrall adds that Everything Tech puts a lot of emphasis on training across the board, especially when moving clients to Microsoft Modern Workplace.

“SMEs are very, very bad at deploying fantastic technology and never teaching anybody how to use it, so we put a lot of emphasis on making sure that when we move people to this new, modern way of working we train them in how to use it, because in a lot of cases that’s fundamental to the success or failure of a project. It’s a radical change to be able to access your files in a browser. Some younger people adapt very easily but dinosaurs like me find it difficult to adapt and training them is a big part of our offering.”

This feeds into another of Everything Tech’s key selling points – regular interaction with customers.

“A lot of our competitors are break-fix MSPs, so customers only hear from them when something’s broken. Our strategy is to be a proactive MSP. Every customer that joins us gets allocated a Technical Lead with a decade’s experience in IT. Each Technical Lead has no more than 10 clients and it’s his or her responsibility to help customers move forward with technology, as opposed to just fixing the tech once it’s broken. Every month, clients get a visit from their Technical Lead and because he or she sees technologies across all 10 of their customers they can say ’My other client uses this. I think it would be good for you too’. We’ve been doing that for 12 years, and I think it’s pretty unique in our industry.”

When it comes to what’s next for Everything Tech, Wrall says a top priority is to expand that Microsoft technology stack, with a particular focus on building expertise in Power Platform and Microsoft Dynamics, which he hopes to achieve through a combination of further acquisitions, organic growth and the training and development of its people – last month, Everything Tech announced a six-figure investment in staff training to help employees gain key industry and professional certifications.

“We want to get to a place where we can do things end to end, from really basic MSP stuff, like answering the phone and fixing tickets, right through to CRM and ERP, so that we can offer our customer base the whole extent of that Microsoft Modern Workplace offering.”