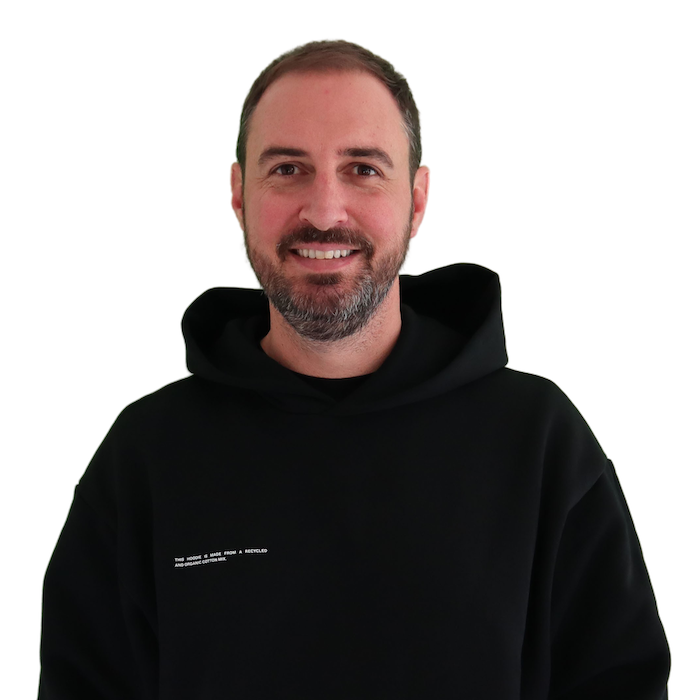 Nerds – and proud of it

IT service providers with limited geographical coverage are a key target for NerdApp as it seeks to drive traffic to its marketplace for on-demand IT support. James Goulding reports

Like a lot of tech experts, South African IT consultant Kelvin Wetherill was constantly being asked to provide family and friends with tech support, often in exchange for food and drink, golf balls and other tokens.

He decided there had to be a better arrangement and in May 2020 founded NerdApp to develop a marketplace that connects fully vetted freelance IT technicians with businesses and individuals requiring tech support on demand, with payment by the hour.

Since then, NerdApp has relocated from South Africa to Chiswick, launched the NerdApp platform (in November 2020) and NerdApp app (in April 2021), established a presence in 34 countries (with on-site support in seven) and, most recently, closed a £540k pre-seed funding round led by Fuel Ventures, an early-stage seed EIS Fund based in London.

This backing is testament to the company’s progress to date, including double-digit month-on-month growth, and to its potential at a time when hybrid working appears to have taken root, following two years of home working, and when the combination of a distributed workforce and a shortage of skilled IT technicians is causing businesses to reassess their IT support requirements.

Smaller businesses can use NerdApp instead of investing scarce resources in in-house IT support or committing themselves to a fixed support contract, while established businesses that might have an IT department can offload routine support tasks to NerdApp leaving highly paid IT staff to focus on more strategic, higher value activities.

“IT support can be a real pain for a business, so it is a big benefit if they can say to their end users ‘If you can’t print to your local printer, just go ahead and sort it out. We’ll cover the cost, because we don’t want to have our expensive IT resources sitting there doing end user support when they are such a big overhead’.”

While tech support for consumers remains a key part of NerdApp’s proposition – and a popular activity amongst its IT technicians, known as Nerds – Kelvin Wetherill says NerdApp for Business is where the real action is.

“We have found that businesses are using our services more than consumers and are jumping on NerdApp when they need someone to fix an issue urgently. We also realise that we can get more recurring revenue from business customers, so we’re looking at bulk hour purchases and subscriptions and recurring bookings, where a customer can book someone to be on site every Monday from 12 till two, for example, to help users with any IT problems they might have.”

“Because of the footprint we’ve built up, we’ve been contacted by a service provider who looks after a well known brand of convenience stores spread all over Spain, Ireland and South Africa. They are asking us to get involved because they don’t have the reach, the people on the ground. Another example is a service provider that needed to switch racks in a data centre in Manchester. They don’t have people there, so they got a Nerd to do it.”

Wetherill adds that the business side is also what most excites NerdApp investors.

“They are more interested in our B2B role than in the consumer side because, looking at the global spend on IT services for end users, they can see the scale and the growth potential that offers. So, we have pivoted slightly and are focusing primarily on businesses now, while also offering consumer support when it is needed.”

This ‘pivot’ has involved the introduction of two new tiers – Pro Nerd and Super Nerd – and new services in addition to on-demand end-user IT support, such as network support, service support and security support, which high-level Nerds can provide to businesses on an ad hoc or recurring basis.

NerdApp has also changed its onboarding process, with more stringent ID verification, fraud checks, skills checks, proof of certification and familiarisation with the NerdApp platform to ensure high service levels are maintained. In addition, it has just announced a partnership with IT certification company CompTIA, which is offering Nerds a 43% discount on courses and exams so that they can continue to develop professionally.

NerdApp currently has a global community of 260 Nerds, including 165 in the UK, more than 60 in the US and a few in Canada, Brazil, Paris, Switzerland and other countries.

To date, its network has grown organically, largely by word of mouth, attracting IT technicians, some in fulltime employment, who welcome the opportunity to earn additional income and the flexibility of a zero-hours contract.

Wetherill points out that at this stage, the challenge is not finding experienced, qualified IT experts but ensuring there is a steady flow of bookings to feed through to them.

“We haven’t been advertising for Nerds because our supply is so strong – we’re still activating about six or seven Nerds every day who have gone through the onboarding process. We don’t want Nerds sitting on the platform with no jobs, so our priority now is to increase awareness with customers and businesses – to let them know that we exist and that we can take the pain of IT support away and help them increase their productivity. It’s getting that message across that’s important.”

In addition to tried and trusted business generation methods like Google Search, NerdApp is developing other ideas including partnerships with software vendors that could see it selling software bundled with its support services, with automated software delivery and licensing fulfilled by the vendor. On the hardware side, it is approaching companies like HP and Dell with the intention of becoming an authorised partner and pushing Nerds through the certification process.

“Because we are so flexible and because we develop and integrate, when an opportunity arises, we can quickly build the workflow, send out the messaging, start the conversation with Nerds, saying ‘If you upskill, this is how much more you can get paid per hour and how many more jobs you can get’. Then, if we need more Nerds, we can run an advert and get 100 people to sign up quite quickly.”

Big in the US

In the meantime, NerdApp plans to continue its overseas expansion, focusing primarily on the UK, Europe, Australia and especially the US.

“We only launched in America three months ago and revenues there have already reached UK levels and look set easily to overtake them. Because of the size of the population, 330 million, and because people there are more used to using apps and on-demand services than the rest of the world, the cost to acquire customers in the US is lower and the usage rate is higher.”

What America has in common with the rest of the world, which Wetherill says bodes well for the future, is instant familiarity with the NerdApp branding.

“The word Nerd is understood the world over. In China, they know what a nerd is. Africa is the same. That’s why we’ve kept the word Nerd. We’re proud to be called nerds. It’s a badge of honour for us.”