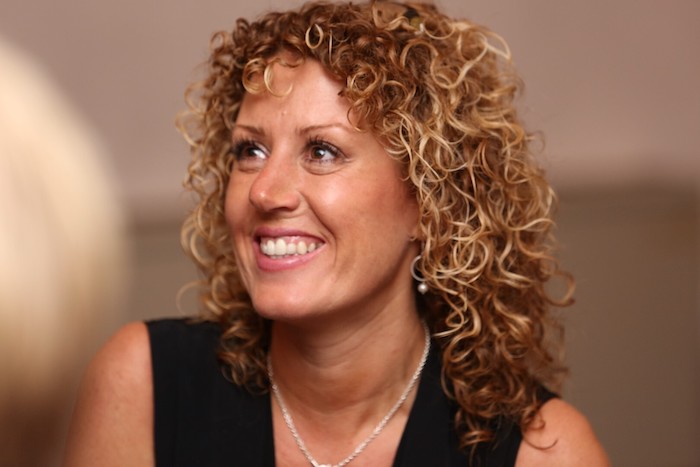 It has been just over a year since Arctic Wolf brought its cloud-native security operations platform to EMEA. James Goulding gets an update from EMEA VP and General Manager Clare Loveridge

Since launching the Arctic Wolf Security Operations Cloud in EMEA on April 5 last year, the security operations leader has been building out its EMEA capabilities, with the opening of a SOC in Frankfurt and the establishment of an EMEA HQ in Newcastle (due to open in August); expanding its reseller network, which now numbers 65, including 35 in the UK; and developing high profile relationships with end user organisations, including Formula One’s Oracle Red Bull Racing and Premier League football club Wolverhampton Wanderers.

“We launched in Europe on April 5 last year. We came into the region with nothing: there were no people, no partners, no brand, no customers, no pipeline – we had one small MSP based in the UK but that was it – and not much of an idea of what the market reaction was going to be like. Fast forward 13 months and we’re over 60 people; we’ve got sales teams in the UK, Nordics, DACH and Benelux; we’ve got a marketing team of six people; we’ve got a channel team; we’ve got four channel managers; we’ve got channel marketing; and we’re hiring for channel directors. We’ve doubled the customer count quarter on quarter across the region and at last count had 65 partners across EMEA. The acceptance and the growth have been far quicker than I think anybody could have anticipated.”

Loveridge started out targeting infrastructure providers but as awareness of Arctic Wolf and its offering has grown, she says she has started to receive enquiries from a much broader range of channel organisations.

“We’re getting a lot more inbound inquiries from resellers from all different areas of the channel who are wanting to expand into cybersecurity and are looking for a solution around cyber risk. We are also starting to sign some of the larger partners, the likes of CDW in the UK, which is unusual but just goes to show the value of the solution that we offer.”

Demand is strongest for Arctic Wolf’s resale offering, which is an easier proposition for new partners, although there is also a model for managed services providers.

The Arctic Wolf Security Operations Cloud, which analyses more than two trillion security events a week across endpoint, network and cloud sources, provides a variety of services, notably managed detection and response (MDR), the largest part of the business, which also includes managed cloud monitoring; managed risk; and managed awareness training – regular five-minute trainings that drop into a user’s inbox to keep security front of mind. All are available on a standalone basis, although Loveridge recommends using all three together.

“When we approach customers, we try to sell all three together because they are complementary and what we’re trying to do is give customers the best coverage from a security perspective. Selling all three gives that.”

She adds that demand for Arctic Wolf’s services is being driven by greater awareness of cybersecurity in general, alert fatigue from existing tools that people have invested in over the years, the skills shortage, which makes it hard for businesses to develop capabilities in-house, and appreciation of Arctic Wolf’s concierge service.

“There’s an awful lot of vendors talking about cyber risk, but Arctic Wolf’s coverage and the way that it delivers MDR, with a concierge team at the back end, is a real differentiator for us. The fact that there are named individuals aligned to an account, which essentially allows the customer to have an extension of their IT security team or to have named individuals that become their IT security team gives them the security of knowing that they have protection in place.”

This gives UK customers two layer of engagement with Arctic Wolf: 24/7 triage teams in the company’s SOC in Frankfurt, who issue alerts and breach warnings, and concierge security teams based in the UK, working normal business hours, who engage with customers and take them on their security journey.

“For a long time, we’ve talked about automation and removing the need for people but I think that what we do, having those named individuals that you can go to, knowing that somebody is going to pick up the phone and call you when something happens and tell you what you need to do about it really does make a difference. I think it brings in an additional element of security.

Following last year’s $150 million financing round, Arctic Wolf is primed for continued expansion of its EMEA operations, including the launch of Tetra Defense in the region. Acquired by Arctic Wolf in February, Tetra Defense’s incident response and threat intelligence capabilities enhance the ability of the Arctic Wolf platform to collect security telemetry, manage incidents and initiate rapid response and recovery. Because Tetra works very closely with insurance organisations, it also opens up a new source of business for the company.

Meanwhile, Loveridge will continue to develop channel relationships in the UK and EMEA.

“The channel has been fundamental to our growth over the last 12 months and is a key focus for us moving forward. As an organisation, we’re 100% channel and that’s not going to change. The Channel programme that we have in place in North America is very stable; there’s training; there’s tiering; and we’re slowly introducing that into Europe as well. So there’s an opportunity for our partners to build a very solid business with Arctic Wolf, with a solid deal registration programme, incentive programmes, marketing capabilities and a strong relationship. We are all about building our businesses together.”