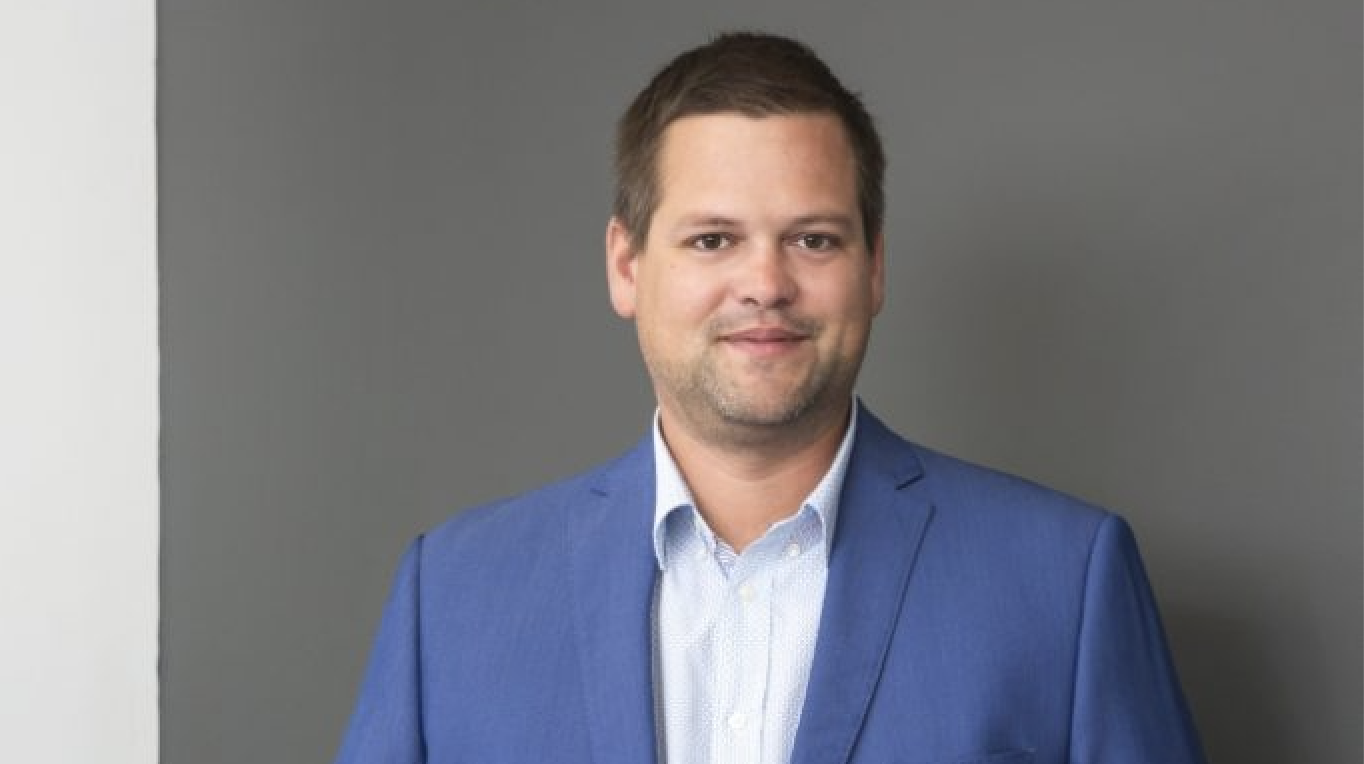 One to watch: 3CX CEO Stefan Walther dishes on their dynamic offering

Since launching version 16 of its open standards IP PBX and Unified Communications solution, 3CX has enjoyed a 65% increase in shipments and growing interest from channel partners across the UK. Technology Reseller finds out more from new CEO Stefan Walther

In many ways, this is a good time for Stefan to take up his new role at the company. Interest in 3CX is at an all-time high, following the launch of version 16 of its open standards software IP PBX in March, and its third update this October, including a completely re-designed Android app and iOS following soon.

Add in recent changes made to the partner programme (see below) and the growing requirement for mobility and flexible communications solutions in businesses of all sizes, and it is easy to see why end users and resellers alike might be interested in what 3CX has to offer.

For resellers, there are obvious benefits in being able to provide a complete communications package out of the box, with integrated WebRTC web conferencing; apps for Windows, Android, iOS and the web; a full suite of collaboration features; and, as Stefan points out, flexible deployment options.

“Our product can be installed on premise, on Windows or Linux – virtualised on an existing server, or on mini appliances. 3CX Partners can host 3CX for their customers, giving them another source of income in the form of monthly, rather than annually, recurring revenues,” he said.

“In the last two months, we have been accredited by all three major cloud players – Amazon, Google and Azure – and are listed on their respective marketplaces. A partner with a customer that already does most of their business with Office 365 can, within seconds, install 3CX in Azure and bind it to their Office 365 account, keeping users in-sync between Office 365 and 3CX.”

New licensing
In addition, 3CX has made changes to the licensing of its Standard, Pro and Enterprise editions. It’s still based on the number of simultaneous calls, rather than by user, but now offers additional licence sizes. These include 24, 48, 96 and 192 simultaneous calls, so that resellers can offer businesses a package more closely aligned with their needs.

It has also enhanced its free offering for end users, with every customer receiving a Pro version for a 40-day trial period so that they can experience all product features offered by 3CX and evaluate whether they need a Standard, Pro or Enterprise version. What’s more, customers can get any sized Standard Edition licence completely free for the first year.

What’s new in Version 16
This is one of several developments introduced with Version 16 that have made 3CX even more attractive to potential users, evidenced by a 65% increase in year-on-year unit sales since March. Others include:

Enhanced live chat. 3CX’s Live Chat & Talk plugin for websites lets customers start chats from any page on a website, and escalate a text-based interaction to a voice or video call within the browser. What’s more, it’s completely free with no need to register or download any additional software.

PIN code-based IVR that enables businesses to identify calls from specific customers or types of customer, e.g. callers from the North of England or the South of England, and route them accordingly. “Basically, the caller enters a PIN that determines how the call is routed,” explained Stefan. “This is now available by default for all customers as we have made the Call Flow Designer widely available to encourage the building of more apps for 3CX.”; and

Regular updates
New versions of 3CX, featuring major evolutions of the product, tend to be released every 12 to 18 months, followed by periodic updates that are not simply for maintenance but also add something extra.

“Sometimes it is the core – how we handle the product internally – which might be imperceptible to the end user, and sometimes it is new functionality,” explained Stefan. “Live chat was not present with the first release of v16 but came with update 1, and has evolved with every update thereafter. We are now releasing update 3, which redesigns how we integrate with mobile phones via our Android and iOS apps.”

These updates ensure 3CX remains at the leading edge of developments in telephony, and provide a way for channel partners to help shape the product based on feedback from their customers.

“We have two pipelines for these updates. One is what we see happening in the market, the next trend, the next big thing. For example, WebRTC integration, which we utilised in our video collaboration platform and have extended tremendously since. It can be used for video-sharing, chat, document sharing, remote support, screen-sharing, all integrated with no additional costs or licensing. It comes as part of the PBX, so you don’t need a secondary product for it.

“The other pipeline comes from listening to the channel and hearing what customers would like us to do. When we get enough demand for something, we analyse whether we can do it. If it is feasible, it becomes part of our product cycle.”

Stefan adds that 3CX’s agile development cycle allows it to prioritise certain requirements and deliver the enhancements for which customer demand is greatest.

“We have a big task board in front of us listing all of the things we would like to do, and it is very dynamic. For example, when looking at improving our failover capability; there is room for improvement, but it already works well, so that’s a floatable point. We’ve done a lot of work on the web client and often get feedback such as ‘I work in Salesforce. It would be great to have a smaller version of the client so I don’t need to have your web app as my main focus point.’ That would be a big feature, so we will prioritise it,” he said.

Mobile integration
For Stefan, mobility continues to be a top priority. 3CX has had smartphone integration for five or six years and continues to enhance it to meet the needs of Millennials and today’s more mobile workers.

“Smartphones are the way forward for millennials; it’s how people will communicate in the future. If you give a 16-year old a standard desktop IP phone, they will find it strange. They expect everything to run on their mobile phones. They might work at their office one day and at a client’s the next. They must be reachable everywhere, and they want the same level of functionality wherever they are,” he said.

Stefan points out that this is how 3CX itself works, adding that new features in Version 16 give businesses even more flexibility when it comes to their communication choices.

“At 3CX, we have divisions that prefer to work with IP desk phones and we have divisions that do all their communications from a Google Chromebox using solely the browser. With Version 16, users can make and receive phone calls straight from the browser without having to install any additional software – they just need a headset and off they go. This option is great for our admin team as well, because the IT administration on the Google Chromebox is extremely low, which gives a very rapid return on investment.”

Simplified partner model Stefan adds that in addition to the strengths of 3CX Phone System itself, 3CX has a very attractive partner programme, which it has also recently enhanced.

“Our simplified partner model comes with five different levels, all with annual retail sales targets. These start at £2,500 per year to reach our Bronze entry level, up to £100,000, which is where the Titanium level starts.”

3CX moved to a value-based system from a points-based system at the beginning of 2018. Stefan claims that, being both simpler and more streamlined, this model is more popular with resellers and therefore more successful.

“We always say that if you need longer than a minute to explain a feature or an element of a programme then something must be wrong with it. So, we scrapped the points system and went for a simple annual revenue system, which has been well received,” he said.

Since the revenue-based system was introduced, 3CX has continued to enhance it, based on feedback from resellers.

“Some partners told us that, sometimes, large installations can take up a lot of time, meaning that it was all too easy to be demoted during the quarterly evaluation. So, earlier this year, to maintain consistency, we decided that we would only look at the progress of a partner twice a year. This stops partners bouncing between levels, improves forecasting and means partners aren’t penalised for devoting more time to a bigger project.”

Another relatively recent change is that we have increased the amount of time, from 90 days to 180 days, in which new resellers – Academy Partners – can train themselves up and get certified. During this time they can still access full partnership benefits, such as free technical support and training webinars and seminars, without making their first sale or any monetary commitments.

Changes such as these have already proved successful, helping 3CX to increase its UK partner base by 20% since 2018.

With the continued enhancements to 3CX Phone System and a key directive to pursue growth, it is likely that many more resellers will soon be beating a path to 3CX’s door.

Find out more about the 3CX Partner Program at www.3cx.com/partners/