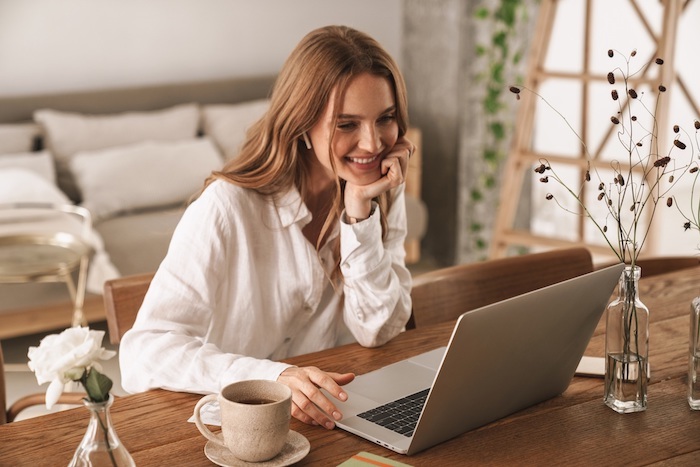 UK businesses are at last re-opening their offices and providing shared space where employees can work and interact with colleagues. Not that anyone is expecting business as usual. With the risk of new Covid outbreaks ever present, very few expect a return to how things were before the first lockdown. Survey after survey points to the same thing: the future will be hybrid, with employees spending some time working from home and some time working in an office. This could be a city centre head office or a smaller satellite office in the suburbs closer to where employees live.

One company set to benefit from this trend is IGEL. For many years best known for its thin clients – IGEL is still the third largest manufacturer of such devices after Dell and HP – it is arguably now better known for its next-generation edge operating system (OS), which is already used on more than four million endpoint devices to access cloud workspaces and virtual desktop infrastructure (VDI).

Originally only supplied with IGEL thin clients, the IGEL OS has for a few years been available independently for installation on any x86 desktop or mobile device from any manufacturer. Through partnerships with hardware manufacturers like LG and Lenovo, it can also be specified at the procurement stage and delivered pre-installed.

Simon Townsend, Chief Marketing Officer for IGEL in the UK, points out that the decoupling of the IGEL OS from the company’s hardware has enabled IGEL to profit from demand for virtual device infrastructure (VDI) and the growing take up of Desktop as a Service (DaaS) offerings from Microsoft, Amazon, Citrix and VMware, particularly over the last year as organisations have moved applications to the cloud to support enforced remote working.

IGEL’s reinvention as a software company is reflected in its latest results, which show that in 2020 IGEL increased software sales by 52% in EMEA and by 40% in North America. Software and services now account for 64% of worldwide revenue, up from 52% in 2019. IGEL also recorded a 150% rise in recurring revenue from software and services.

The fact that in 2020 IGEL’s average deal close rate dropped from 156 days to 76 days and that it saw a 10% increase in billings for deals over $100,000 are testament to its suitability for pandemic and post-pandemic workstyles.

Townsend is confident that this momentum will be maintained in 2021 as organisations address the challenges of hybrid working by converging separate office and mobile IT strategies and equipping employees with technologies that enable them to work anywhere.

“Historically, VDI was designed for task- based workers. If you had 1,000 staff who just needed to input data into an Excel spreadsheet or access a call centre app, VDI was perfect. It was very cost-effective. You could put thin clients out on the edge – cheap ones – with VDI in the data centre; those 1,000 employees would come into the office every day and do very basic tasks on those devices,” he explained.

“When Covid came along everyone had to work from home. Now, that’s changed again, and today people need to be able to work from anywhere. This is fuelling an uptick in VDI and Desktop as a Service in particular. In fact, it’s more than just VDI and DaaS – it’s about deploying the digital workspace of the future. When I am at home, in the office, in the coffee shop, I am going to connect to a cloud and get my desktop and applications from it. That is the way the world has gone.

“With increased mobile and hybrid working, people are seeing they need the same level of security and management that they have with a thin client on a mobile device. The best way to do this is to go to a Dell, an HP, a Lenovo and buy a laptop, but instead of putting Windows on it, to order a different SKU so it comes with IGEL OS on it. IGEL ultimately turns what would have been a Windows endpoint into a mobile endpoint running IGEL OS, with all the benefits you would have had if you were running a cheap as chips, no moving parts, thin client.”

IGEL, suggests Townsend, provides significant savings when it comes to endpoint management compared with the traditional approach used when managing Windows. With its read-only Linux-based operating system, it is inherently secure, easier to manage, cheaper to deploy and, in IGEL’s case, compatible with a large and expanding ecosystem of third party vendors.

Moreover, because it has a much smaller footprint than Windows and can be run on any x86 device, it enables organisations to extend the lifetime of existing devices by an extra 2 or 3 years beyond the point at which they would need to be replaced in a Windows environment, saving money, reducing e-waste and shrinking an organisation’s carbon footprint by around 40%.

“The disruptive take we are taking to market is that for 15, 20 years people have been buying laptops, putting Windows on them and sending them out to their employees. They have had to spend a huge amount of money on management, patching, securing those Windows devices and then, after two to three years, these Windows devices no longer perform; they get thrown in the bin, create e-waste and you have to move up to the next version of Windows and buy new hardware.

“What Microsoft is saying with Windows Virtual Desktop (WVD) is that Windows can live in the data centre; it can live in the cloud and, if it lives in the cloud, IT can secure, manage, and patch it significantly easier. If all my applications are in the cloud – Office 365, CRM, Zoom, Windows, Teams – the question is do I need Windows on the endpoint?

“Think about how your mobile phone works. Your mobile phone is a very consumer-like experience with a small number of very lightweight apps on it that spends its life talking to and sending queries up to the cloud. We are doing something very similar; IGEL is a very slim, very secure, easy to manage operating system that is purpose-built to consume things from the cloud.

“We are saying to customers, just rethink what you are doing. If you are going to move everything to the cloud, think about what you are going to give employees as their endpoint of choice. In many cases, there is a huge CAPEX saving that can be made straightaway because you don’t need to buy new hardware; there is a tremendous OPEX saving and a security benefit by deploying the software on there as well.”

A top priority will be continued investment in the channel, which Townsend says is also key to the company’s UK growth plans.

“Over the last 12 months we have taken on four additional people in the UK who are dedicated on channel – we have net new channel account managers, new channel marketing people and a new head of channel. So, the channel in the UK has received a huge amount of investment, in addition to a new channel programme focused on training, customer success and sales growth.

“IGEL Velocity was launched at the start of the year as a way for partners to get trained, educated and certified in selling IGEL solutions. There are three levels – Entry, Expert and Elite – each with different skill sets. At the moment, we are recruiting Expert and Elite partners, who are typically already out there selling and deploying Microsoft Windows Virtual Desktop, Citrix VDI, VMWare VDI or Amazon WorkSpaces, and who will now be able to bring IGEL into that conversation.”

Another key focus is ongoing engagement and technical collaboration with Citrix, VMware, Microsoft and AWS and continued expansion of the IGEL-Ready certification programme, an ecosystem of over 100 different technologies that are built into the IGEL OS (see diagram).

“Now, when you fire up the IGEL OS, Citrix is built in, Microsoft is built-in, tap and go cards used in healthcare are built- in; there are various printing solutions and security solutions built-in to ensure these things just work out of the box. That, more than anything else, has helped drive our business over the last three years. Take what we have done with that, add on what we are doing with our channel programme and what is happening in the market, and ultimately that is what’s driving our growth,” said Townsend.

The world of work has changed over the last 12 months and the tools and technologies employees need to remain productive and secure have changed too. Organisations that adopt cloud workspaces and move applications to the cloud have the opportunity to implement an easier to manage, more secure and more sustainable end user computing environment, using the IGEL OS rather than Windows to access VDI and DaaS workspaces. The channel, supported by IGEL, has a big role to play in educating end user organisations and explaining to them the benefits and merits of such a move.