Last months movers and shakers from the Tech Channel 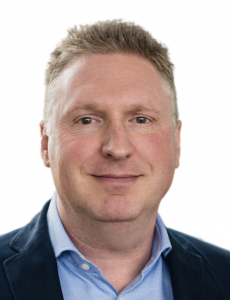 Watts takes on expanded role at Tech Data
Tech Data has promoted David Watts to the role of Senior Vice President, UK and Ireland, as part of a planned leadership transition. In his new role, Watts will assume strategic development responsibilities previously held by Andy Gass, in addition to his existing duties as operational leader of Tech Data’s UK and Ireland business. Gass will remain part of Tech Data’s European leadership team with an expanded role covering digital transformation and commercial excellence across the region. Watts joined Computer 2000, which later became Tech Data UK&I, in 1998, becoming General Manager of the PC division in 2003. Subsequently, he joined Samsung Electronics as head of their UK display division before returning to Tech Data in 2007 as Commercial Director. He was appointed Managing Director, UK and Ireland, in an acting capacity in 2016 before taking on the role permanently in February 2018.

Datto strengthens EMEA leadership team
Datto, the global provider of cloud-based software and technology solutions purpose-built for delivery by MSPs, has strengthened its EMEA sales team with the appointment of James Vyvyan as Vice President of Sales, EMEA. Previously Senior Vice President of EMEA Sales at Sophos, Vyvyan will be responsible for managing Datto’s EMEA sales leadership team and overseeing the company’s growth in the region.

Sanghera takes up ‘incredibly exciting opportunity’ at IPI
Digital contact centre specialist IP Integration (IPI) has strengthened its executive team, with the appointments of Sat Sanghera as Chief Executive Officer (CEO) and Andy Scopes as Chief Operating Officer (COO). In the 12 months prior to his appointment, Sanghera had been working with IPI in an advisory capacity, helping the company to launch its cloud platform and build up its consultancy capability. He said: “What started out as a two-week advisory engagement, unexpectedly turned into an incredibly exciting opportunity.” New COO Scopes has more than 20 years’ experience in the technology sector, including senior roles at Sabio, where he was VP of Group Operations, Verint, Datapoint and Avaya. As COO, Scopes will be responsible for defining IPI’s new service offering.

OGL appoints Software Director for Profit4 roll-out
Kidderminster-based OGL Computer has appointed Gary Reynolds as Software Director ahead of the roll out of its new cloud-based ERP software, Profit4. Developed in-house, Profit4 provides stockists, distributors and wholesalers with a comprehensive software suite to connect and manage all core business processes, from order management to stock control, for better selling through physical premises and online marketplaces. In his new role, Reynolds will be responsible for managing all aspects of Profit4’s UK roll-out and development and for expanding the software team.

Meechan to replace Morrison-Ross at ScotlandIS
ScotlandIS, the membership organisation for the digital technologies industry in Scotland, has appointed Karen Meechan as its new Chief Executive Officer on an interim basis. Currently Chief Operating Officer for ScotlandIS, Meechan has agreed to take on the role when current CEO Jane Morrison-Ross leaves the organisation in February. Meechan said: “Having worked closely on ScotlandIS’ strategy and operations, as well as with members, for many years, I am looking forward to helping steer us through the coming months in what is a critical year for Scotland’s digital sector.”

New VP of Sales for Snowplow
Behavioural data management platform Snowplow has appointed Abhirukt Sapruas Vice President of Sales. Sapru joins Snowplow from security software company Tessian, where he was second employee and sales leader from its first seed round to Series B funding. As VP of Sales, Sapru will help the company realise its ambitious growth targets by developing a global go-to-market strategy for Snowplow Analytics. Built for data teams, this lets organisations track, contextualise, validate and model customers’ behaviour across their digital estate for use in a range of use cases, from marketing and product analytics to fraud detection and customer experience personalisation.