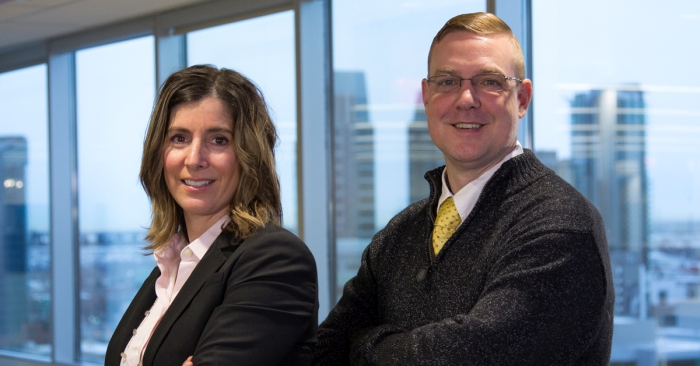 Samsung Electronics has appointed Conor Pierce as Corporate Vice President of Samsung UK & Ireland. Pierce joined the business in 2015 as Vice President of Mobile & IT, following a previous role at Nokia. He helped propel Samsung’s mobile division to new heights despite increasing headwinds in the UK mobile market.

Union Street Technologies, a supplier of billing and provisioning solutions to the ICT channel, has appointed industry specialist Jonny Rae as Business Development Manager. Reporting to Union Street’s Head of Sales and Marketing, Vincent Disneur, Rae will be responsible for increasing the adoption of Union Street’s aBILLity billing software by suppliers of ICT services in the UK and Ireland. He joins from a national wholesaler of communications and utility services, where he worked for four years as an account manager involved in all aspects of providing voice and data solutions to channel partners.

Headphones manufacturer Sennheiser has appointed Neil Watson as Regional Marketing Manager for the UK and Ireland. He joins Sennheiser from Plantronics where he managed channel marketing communications for the UK and Ireland and developed partnerships with key industry players, including Microsoft. Commenting on his appointment, Watson said: “I have always admired Sennheiser’s products and the brand. I am relishing the opportunity to bring my experience to the challenge of growing Sennheiser’s market share within the business communications space. When I heard about the developments we have planned for 2019 I knew this was an opportunity I couldn’t miss.”

Chargif, the market leader in the cloud management of wireless charging, has made a number of high profile appointments in preparation for wireless power becoming as ubiquitous as Wi-Fi. These include new board member Keerti Melkote, who, as President and Founder of Aruba Networks, pioneered cloud managed Wi-Fi on a global scale (Aruba was acquired by HPE in 2015 for $3 billion). He said: “It’s an exciting time to be joining Chargif. We’re at an inﬂexion point in the wireless charging market that shares many of the same scaling opportunities as the early days of Wi-Fi. I look forward to working closely with the team as we do for power what Wi-Fi has done for connectivity.” Chargif has also appointed Nadeem Sheikh, Vice President of Autonomous Vehicle Programs at Lyft, as a strategic advisor and strengthened its executive team with the appointments of James McNiven, as Chief Operating Officer responsible for commercial deployments of smart wireless charging technology, and Ciaran Bradley, as Chief Technology Officer to lead the product and engineering teams.
————————————————————-
New CEO for Datto

Datto, Inc. has appointed Tim Weller as its new Chief Executive Officer. He succeeds Founder Justin McChord who, last autumn, took a step back from day-to-day management of the company but remains a board member. Weller joined Datto in June 2017, since when he has served as Chief Financial Officer and as President and Chief Operating Officer. Datto provides a range of IT solutions for Managed Service Providers (MSPs), including business continuity and disaster recovery, networking, business management and file backup. Partners deliver Datto solutions to half a million businesses in more than 130 countries.

Digital transformation specialist Vapour Cloud has appointed Andrew Nash as its new Chief Operating Officer. Nash has more than 20 years’ experience in the technology sector, including spells at Avaya and SBL Group. He will be responsible for developing Vapour’s cloud portfolio, including its voice and video product suite.

Voiceﬂex has appointed Dawn Lill as Dealer Account Manager. Dawn has more than 25 years’ experience in channel and account management, including spells at Mitel Networks, Xarios and the Daisy Group. Paul Taylor, Voiceﬂex Sales & Marketing Director, said: “2018 has been a fantastic year for Voiceﬂex and 2019 will be an exciting year with the Unify Circuit and Openscape Cloud products. Dawn’s industry knowledge and experience will allow us to develop existing and new relationships and support our partners with growth opportunities.”
————————————————————–
Exertis expands Pro AV division

To help grow its Pro AV Solutions division, Exertis has appointed two AV specialists as Business Managers. David Scott joins from Tech Data’s Maverick division to head up the accessories business; Carl Swatheridge, who also joins from Tech Data, will be responsible for projectors. Exertis Pro AV Solutions General Manager Ian Neale said: “I am delighted to be welcoming both David and Carl to our expanding business following our recent integration with Stampede. With our increasing number of brands, we have a great opportunity to grow our business with AV specialists and IT resellers.”
————————————————————-
International sales focus

Collaboration solutions company Nureva Inc. is strengthening its position in the global visual collaboration and audio-conferencing markets with the appointment of Susan Jickling as director of international sales and Adrian Doughty as director of North American sales. Susan and Adrian will work with Nureva’s channel to deepen their commitment to Nureva products and to drive continued sales growth.