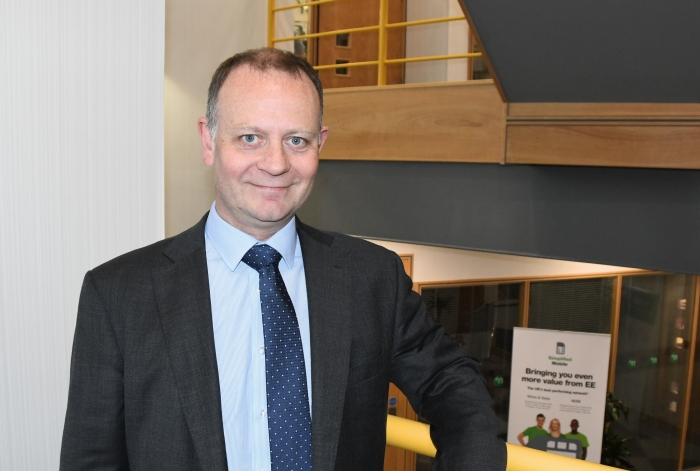 See who this months industry movers and shakers are:

Andrew Beaumont has been promoted to Managing Director of Exertis Supplies. He replaces Raj Advani, who has relocated to Europe as Commercial Director. Andrew was previously Exertis Supplies Operations Director, a role he took up in 2017, having spent three years as Head of Finance at the Myers Group. Before that, he spent 13 years as Financial Controller at Advent Data.

Digital Signage Organisation (DSO), the industry body for the European Digital Signage industry, has appointed two new board members – Laila Hede Jensen, Vice President of Sales Europe at Unilumin, and Keith Dutch, Vice President EMEA for Peerless AV. They will be responsible for developing the organisation’s membership, benefits and resources, including educational content.

Sharp Europe has appointed Ian Barnard as European General Manager, Visual Solutions, with responsibility for developing Sharp’s growing Visual Solutions business across Europe. Alexander Hermann, President, Sharp Information Systems Europe, said: “With experienced leadership alongside our strongest ever range of products, we are in a position to assert our leadership in corporate meetings and new areas such as 8K.”

ThinPrint has promoted Christoph Hammer, former CEO of its wholly owned subsidiary ezeep, to Senior Vice President Cloud Services. His appointment comes as the company plans an expansion of its cloud printing offering under the ezeep brand. Hammer said: “Through closer collaboration and access to ThinPrint’s technology stack, ezeep will soon be able to meet the needs of cloud printing outside its core co-working market, especially in the growing Desktop as a Service (DaaS) market.”
————————————————————–

NEC Display Solutions Europe has unified its strategic, vertical and regional sales under Simon Jackson, its newly promoted Senior Vice President of Sales EMEA. He was previously Vice President, Strategic and Vertical Sales EMEA. In his new role, Jackson will bring a more strategic focus to the company’s entire sales organisation. Jackson said: “The EMEA market for digital signage is growing at almost 10% a year, and will be worth more than $7 billion by 2020. We are in great shape to secure a large share of this booming market.”
————————————————————–

Yorkshire-based leader in smart workplace management solutions, SSG Insight, has appointed three new directors to spearhead its continued overseas expansion. Jon Moody has been promoted to Chief Executive Officer to lead the team in Europe; James MacPherson, who has worked as the firm’s Chief Commercial Officer in Australia for almost a decade, has been made Chief Executive Officer for the ASPAC region; and Simon Keane has been brought in as Chief Finance Director.

Spitch, a Zurich-based developer of AIpowered speech solutions, has hired Gary Williams as its new Director of Sales and Consultancy for the UK. Gary, who was previously at Nuance, will be responsible for overseeing direct sales and channel growth in the UK, as Spitch aims for double digit growth in 2019.