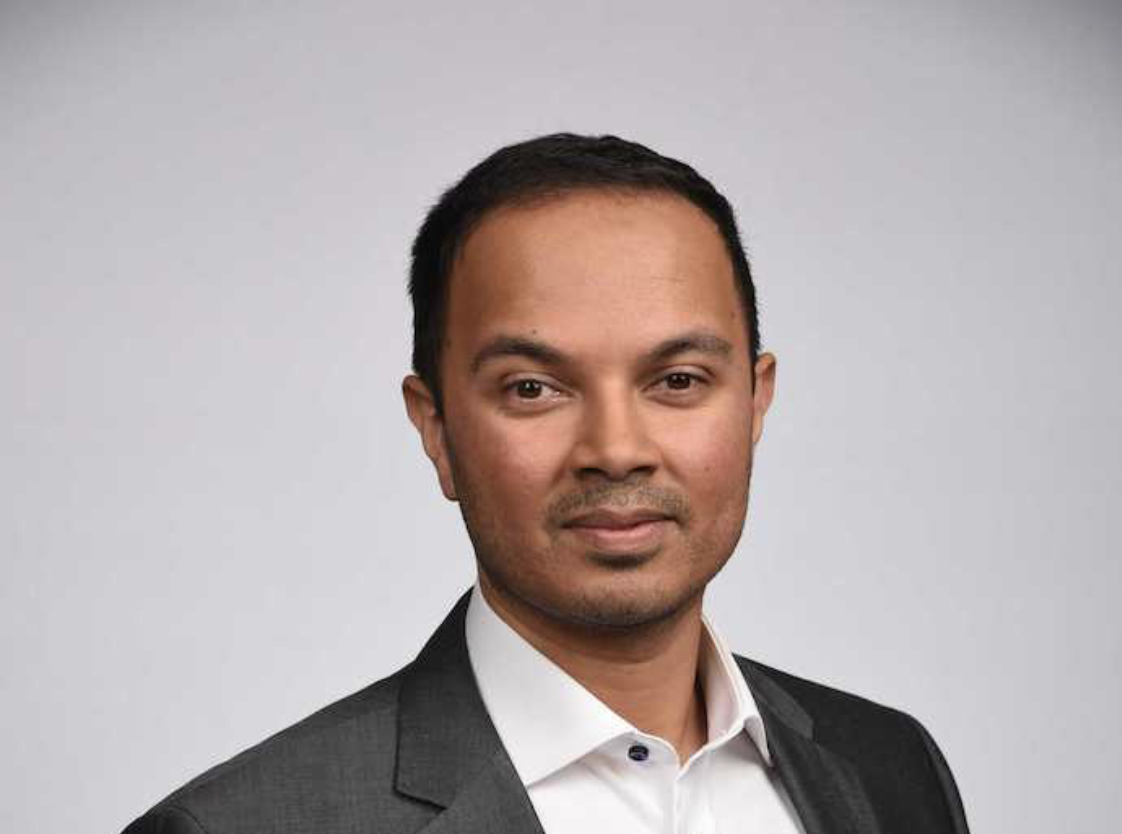 Pioneers of the new Frontier

Hot on the heels of its acquisition of Cloud Distribution in the UK, Nuvias Group has announced a new European programme designed to nurture emerging technology providers and specialist VARs and MSPs looking to deploy disruptive technologies in advanced networking and cybersecurity, with a particular focus on hybrid cloud.

The acquisition of Cloud Distribution and the launch of Frontier are linked because, with its experience in picking and growing emerging technology vendors, Cloud Distribution will be responsible for delivering the Frontier programme in the UK and Ireland, with Nuvias focusing on providing scale and acceleration for more established vendors.

In DACH and Benelux, where Cloud Distribution does not operate, Nuvias is in the process of recruiting separate, dedicated Frontier sales teams that will work closely with vendors and VARs/ MSPs on joint go-to-market initiatives, from market value campaign creation and qualified lead generation all the way through to business close.

Sen Chandaka, Vendor Alliance Development Manager Europe and Emerging Technology Lead at Nuvias Group, told Technology Reseller that Nuvias was launching this new programme to meet the distinct needs of emerging technology providers, pointing out that Frontier differs from traditional programmes in a number of respects.

“When we look at our emerging technology set, instead of looking at distribution in a typical two-tier model, which is about how we can expand the geographic spread and scale and accelerate our vendors’ offerings, we need to be able to sell technology and business outcomes that are typically focused on the end user. One of Frontier’s very big USPs is that it will have an end-user focused sales team and effort across two technology stacks – cyber security and advanced networking,” he said.

“Another USP is that we have an initial investment and nurture period of between 18 and 24 months. In the traditional channel, an emerging vendor or provider of an emerging technology might be told by the sales team ‘I love your technology and I see it as game-changing, but I have a target to hit and your initial revenue is so small that I will naturally gravitate to where my bigger opportunities are, after which I will come back to you and give you the attention you need, but how quickly we can grow your revenue is up for debate’. There is a mismatch there.

“In the Frontier programme, we have a dedicated team that for the first 18 to 24 months is going to focus solely on growing Frontier vendors and, by growing these vendors, will look to graduate these vendors to the mainstream Nuvias Group sales teams to do the scale and acceleration piece.

“The other thing is that, as part of Frontier, we are moving to a hybrid cloud play. This is quite a technical led sales motion, so you need a sales team that is: a) used to selling to end customers together with vendor partners and resellers; and b) experienced at bringing business outcome-type selling to a technical sales motion. So, very heavy on PoVs, PoCs, the architecture, the roadmaps, the integration points. In the Frontier sales team, we have a near 1:1 ratio of channel account managers and system engineers, so it is geared up from the start to be a technical sales-led motion.

“We don’t want to maximise our profit in year one or two. We want to nurture these start-ups and emergent technologies and graduate them into Nuvias mainstream in year two, which is when we will aim to scale and gain the most mutual benefit from our relationship,” he said.

Chandaka adds that Frontier is not just for new companies, but also for established technology partners that are developing innovative new technology offerings of their own.

“At Nuvias, we carry some established vendors – we have Fortinet, we have Checkpoint, we have Juniper, we have Versa Networks – and these vendors are rapidly transitioning their product portfolios. They have the core product portfolio for which they are famous, but they are also moving towards launching emerging technologies. Frontier is a fit for large companies that have a volume motion with their existing technology set that also want to grow emerging technologies to replace those mainstream technologies, which in the future will become the new growth areas.”

To date, Nuvias has signed two vendors to the Frontier programme – Deep Instinct and Cynet – with a third at an advanced stage of negotiations. Overall, Nuvias is looking to attract six vendors, with a focus on building a complete hybrid cloud stack for end user customers, with significant cross-sell opportunities.

“We want vendors that complement each other, with no competition between them, and we want vendors that, when we find an opportunity for that vendor, make it very easy for us to cross-sell and pull through the other vendors in our stack. From a hybrid cloud perspective, we have clearly defined areas, and we believe the right number of areas and vendors for us at any one time is six.

“We have a few core criteria when we evaluate vendors. We want to have emerging technology vendors that are between Series B and Series E in terms of funding rounds. Series A tends to be a little bit too long for the two-year cycle we are looking for; and Series F means that they are most likely going to IPO or will be acquired and don’t need go-to-market or channel enablement and scaling.

“We are looking for vendors that by the end of year one give us sight of an ARR of around $3 to $6 million – and that means sight. If we are doing $200K of recurring revenue in month 12, that’s a pretty good sign that we are going to be successful with a vendor. And we need vendors to have a local presence in every country in which we are launching.”

Chandaka says that in addition to the half dozen vendors that do qualify for the Frontier programme, Nuvias may have 6 to 12 in the wings that might not be ready for Frontier right now but could become so in the future.

“It is often the case that a vendor might not meet all of our core criteria just yet. For example, they might be looking to expand into the UKI first. By mutual agreement, we might say we will work with you in UKI, but we don’t need you to be part of the Frontier programme yet. You could be part of Nuvias mainstream or you could be part of Cloud Distribution non-Frontier. As your aspirations and your revenues increase and you want to expand on a pan-European basis, it might be time for the Frontier programme.

“A second ‘in the wings’ example might be a company that has had a large Series A funding round. They might have been given a load of money, but not yet be sure how to spend it and are evaluating their options. In this case, we might say ‘Once you have decided what your strategic priorities are and which countries you would like to go into, we will be very happy to help you build a complete go to market offering in those countries’. But that might be in 6 months’ time.

“The last thing is that companies change, their products and solutions and offerings change, and we need to make sure there is very minimal competition and overlap between the vendors we bring onto this Frontier programme. We want to make sure that they do not become more and more competitive with each other as their technology strategy and roadmaps change. So we might just press pause while they decide what they would like to pursue in the future.”

Learning from the past

Nuvias is far from the only distributor to target emerging technologies and emerging technology vendors, but Chandaka is confident that, with Frontier, it has a programme that offers something genuinely different to what others are doing, which he says is sometimes just to replicate the mainstream distribution sales acceleration function that is rarely appropriate for vendors’ high growth, early investment phase.

“The second point I would make is that a lot of other companies in this space work on a very shortened ROI cycle,” he said. “They need to see returns in 6 to 12 months, and with an emerging technology vendor it is almost impossible to recognise significant revenue in 6 to 12 months. With Frontier, we have moved it out to an 18-24 month early adopter cycle and the sales teams are compensated accordingly. They only get compensated on Frontier vendors, so they are 100% invested in them.

“Thirdly, a lot of our competitors in this space are very focused on getting upfront investment from an emerging technology vendor – ‘We need MDFs , we need funded heads to manage all these programmes’. That tends to be an exorbitant and prohibitive cost for emerging technology vendors. Yes, they might have $15 million in funding, but they need to make it to the next round or they will be bankrupt, and they don’t necessarily want to commit $100K per country they want to go into without a lot of value back.

“The last thing I would say is that we are very data-driven at Nuvias. We make good business insights based on hard data – we have a lot of BI – and that’s
why we can build not just a channel for emerging vendors but a complete route to market. Based on what we see and hear from our partners, from our end customers, we can say this is what success looks like in each country, this is what you should be doing, this is what you shouldn’t be doing. That kind of advice is typically consultant- led and expensive, and we give it away as part of Frontier.”