Cybersecurity: “Goodbye to all that?” Our 2021 predictions from our panel of leading experts

Ransomware: Adversaries always go for what’s easy. Even so, I anticipate some advancement in their tactics. We have seen this happen over the past year as ransomware can now exfiltrate data, so if you have backups that they didn’t encrypt, they will threaten to release all of your data publicly. I expect further ‘improvements’ to adapt to network segmentation and other security practices put into place to limit the effectiveness of ransomware.

Modular malware: Malware itself is becoming more specialised and modular. BlackEnergy and Emotet are two great examples. Both started as banking malware and both have evolved into more modular malware where the code has one or two basic functions (usually initial infection and then propagation to other users/hosts). The malware can then be instructed to download other modules depending on the target and the end goals of the adversary. If you want to deploy ransomware, download that module; if you want to search for and exfiltrate data, download a different module. It is plug and play hacking at its best.

Agility: Security operations (SecOps) teams need to be more proactive and less reactive and adapt faster than the threats they are facing. This is one of those things that may never happen. But teams can make improvements in 2021 by understanding the threats that are out there and defining how they conduct operations to offer flexibility to adapt better. You have to know the threat, know what you’re trying to fight, and you have to be able to adapt. Even if it is slower than the adversary, any improvement helps.

Working From Home (WFH) policies have exposed smaller enterprises to a level of sophisticated cyber-attack ordinarily reserved for multinationals, and 2021 could see as much as a 40% rise in attacks primarily targeting vulnerable endpoint devices, leading to a further sharp rise in data breaches. 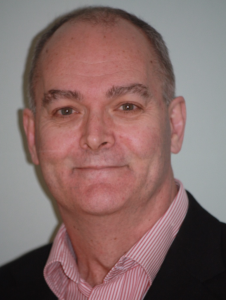 WFH is exacerbating the risk, as sensitive company data has a broader physical footprint and organisations have less control over how it is accessed by employees outside the corporate perimeter. Where previously smaller, often less well protected enterprises were able to fly under the radar and avoid cyber-attacks, this is no longer the case, and they are increasingly being hit with insidious, damaging breaches.

In 2021, the greatest danger to organisations will come from key logging and screen-grabbing malware, primarily because they are the attack vector through which sensitive data is most often, and most easily, stolen. Both use endpoint devices to gain access and, despite a rise in their use, anti-virus and two-factor authentication will not guard against such attacks.

Businesses have faced belt-tightening and budget cuts this year due to the economic climate, pushing ROI up the corporate agenda. Technology investments are being scrutinised more than ever. Finance teams are currently focusing on investments made pre-COVID that haven’t been fully deployed yet, such as Network Detection and Response (NDR) and SIEM tools, and want to make sure they are active and fully optimised before any additional purchases are signed off.

As employees continue to work from home, we’ll see an increase in insider threats, defined as employees, contractors and visitors who have access and knowledge of an organisation’s digital and physical systems. There are two types of insider threat: malicious insiders who, acting alone, deliberately exploit systems within an organisation for monetary compensation; and colluding insiders who are potentially being forced to, or paid to, share information or execute illegal acts. In 2021, we will see an increase in insider threats, specifically the colluding insider, because it’s easier for employees to get away with suspicious activity. An employee on a salary of £34,000 could be lured by a cybercriminal to install software or provide access to information for a promised pay-out of £200,0000. This is a pretty low risk for a large pay-out.