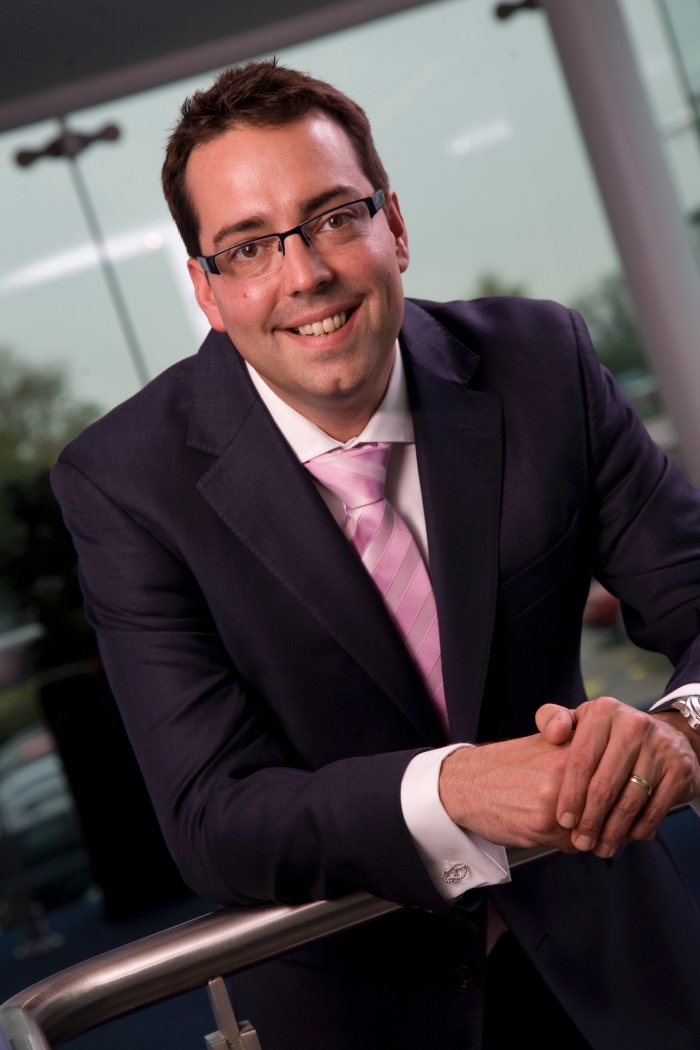 20Sales at IGEL are booming following a change of product strategy that has seen the company transform itself from a thin client specialist into the provider of a next-generation Operating System for cloud workspaces. Technology Reseller speaks to EMEA CMO Simon Townsend about why IGEL’s proposition is more compelling than ever, with the launch of a new UK channel program in January and the rapid market acceptance of cloud delivered applications

Simon Townsend, IGEL CMO for EMEA, describes IGEL as an 18-year-old startup. This is not as fanciful as it sounds, as three years ago IGEL reviewed its product offering, which at the time was reliant on selling thin client hardware, and took the decision to decouple its operating system from its devices and focus its efforts on selling software. This decision, says Townsend, has transformed the company’s fortunes, driving “fairly outrageous” EMEA software sales growth of 76% and helping IGEL to crack the US market for the first time.

This development has led to IGEL being an OS in its own right – an Operating System that enables the user to access applications in the cloud (public, private or hybrid), from their corporate desktop or from home.

“If you read our case studies you see that what customers like about IGEL is that it’s fully manageable across the estate, with a fraction of the management overhead resources and costs associated with other solutions. Using our UMS ‘Universal Management Suite’ transforms the expectations of what can be done from a modern OS for the Cloud,” explained Townsend.

At the same as productising its software, IGEL has made deep inroads into the US market, becoming increasingly attractive to enterprise customers through its continued product development and technology alliances.

In the past, the financial case for switching to a VDI infrastructure was already compelling, due its security benefits, its support for flexible and mobile working practices, its easy management and its lower environmental footprint. By extending that concept to the edge, you can double down on the security benefits and realise real operational savings.

Today, there are other reasons why the IGEL cloud-ready OS is so attractive, from growing concerns around the security and the cost of managing fat client PCs to the suitability of IGEL endpoints for the new generation of cloud workspaces.

“First and foremost, Windows endpoints cause organisations a lot of challenges around management costs and security. Statistics show that 85% of the IT budget is still spent keeping the lights on. Our belief, and Microsoft almost said as much itself when it announced Windows Virtual Desktops towards the end of last year, is that Windows can run in the data centre or in the cloud. So put Windows on top of Citrix or VMWare or Azure or Amazon; run it in the data centre, where the applications and data are; and, on the endpoints, simplify what you are doing by putting in a secure, Linux-based operating system,” he said.

“Then, there is the fact that people on Windows 7 will have to migrate to something else before January 2020 or face nasty support costs. A lot of organisations are struggling not so much with how they migrate to Windows 10, but how they are going to manage Windows 10 when they get there. Is there another way? Should we listen to what Citrix and VMWare are saying? Should we put our desktops into the cloud? And if we are going to do that, why have Windows desktops on the endpoint? That would just mean managing them twice.

“The problem with cloud is that it iterates very, very quickly. Citrix is constantly updating its technology, Amazon is constantly updating its technology, and what you find is that some endpoints are too slow to stay up to date. One organisation we have been talking to wants to move 2,000 seats to Citrix Cloud, but can’t because its current endpoint doesn’t support the latest version of Citrix. We can fix that.”

Townsend points out that the IGEL OS helps address all these difficulties: it is Linux-based; it is read-only, so users can’t introduce security vulnerabilities; it has a very low specification – it needs just 2GB of RAM and a small amount of space for it to run – so fairly old devices can be repurposed to run it; and its Universal Management Suite (UMS) allows all endpoints to be controlled and configured centrally.

Expanding ecosystem
Equally important is the operating system’s already comprehensive ecosystem of technology integrations, which IGEL’s 100-strong team of developers is constantly expanding so that users have quick, easy access to the applications, data and peripherals they need.

“People don’t just connect to Citrix anymore; they connect to VMWare; Amazon has got WorkSpaces; Microsoft is coming out with Windows Virtual Desktop; Nutanix has a technology called Frame. Windows succeeded back in the ‘90s because it was compatible with so many types of hardware, peripherals, drivers and applications, and that’s our focus too,” said Townsend.

“In a recent customer survey, we saw that customers are buying into our ecosystem of technology partners, not just our OS. We know people want to make calls on Skype; we know people want Jabra and Sennheiser headsets; we know they want to use Imprivata for secure logon; we know they might want to connect to Citrix today and Amazon tomorrow. Because of the way it is architected, we can embed other vendors’ technology within our operating system fairly quickly and easily. Out-of-the-box, it is futureproof, it is embedded, it is simple to use and, most importantly, you can connect to the latest version of whatever desktop you are employing.”

The programme currently has Gold and Standard accreditations – a Platinum certification will be introduced in the future – and gives qualifying partners access to higher levels of support than is available to IGEL’s 200+ authorised hardware resellers. This includes certified training, free ICE (IGEL Certified Engineer) training, and marketing funds for reinvestment into partners’ marketing and lead generation campaigns.

“With this relaunch we are looking to work with Gold and Platinum Citrix, VMware, Amazon and Microsoft partners operating in this space, who understand how to sell software, not hardware; who understand how complex these scenarios can be; and who have been trained up on what we can do,” explained Townsend.

Since February, IGEL has signed up eight partners, which it is currently recertifying, and expects to add eight more in the coming months. Ultimately, Townsend would like no more than 35 Gold and Platinum partners.

Despite its stronger commitment to partners with a clear focus on end user computing, Townsend says IGEL still values its traditional reseller base.

“Our Chief Sales Officer, Simon Richards, is trying to drive a change from Channel Fulfilment to Channel Engagement to drive scale and growth. We have been, and always will be, a channel business,” declared Townsend. “We can’t forget that we are an 18-year-old organisation and we can’t ignore the fact that some partners still see us as a hardware vendor. In Germany, we are the Number 1 thin client hardware vendor but the new software strategy is gaining huge traction. So while we are more heavily invested in software and cloud than we have ever been, we need all those partners who understand the traditional server-based and VDI markets. We still need them to execute, to embrace the other ecosystem alliances we have and to create new solutions. And, of course, they still have access to our support function, to the latest releases and to documentation. We will enhance our channel training further with IGEL Certified Engineer courses and specialist accreditations, and will continue to work with the large number non-Platinum and non-Gold partners.”

That said, software is clearly the future. In the UK, software already makes up 65% of UK sales and Townsend believes that is where future opportunities lie.

“The UK still has a huge amount of potential for us. We are doing very well in the UK, but if I compare that to what we have achieved in Germany and the US over the last 12-18 months, there is a whole host of opportunities for us, particularly in healthcare, finance and central government,” he said.