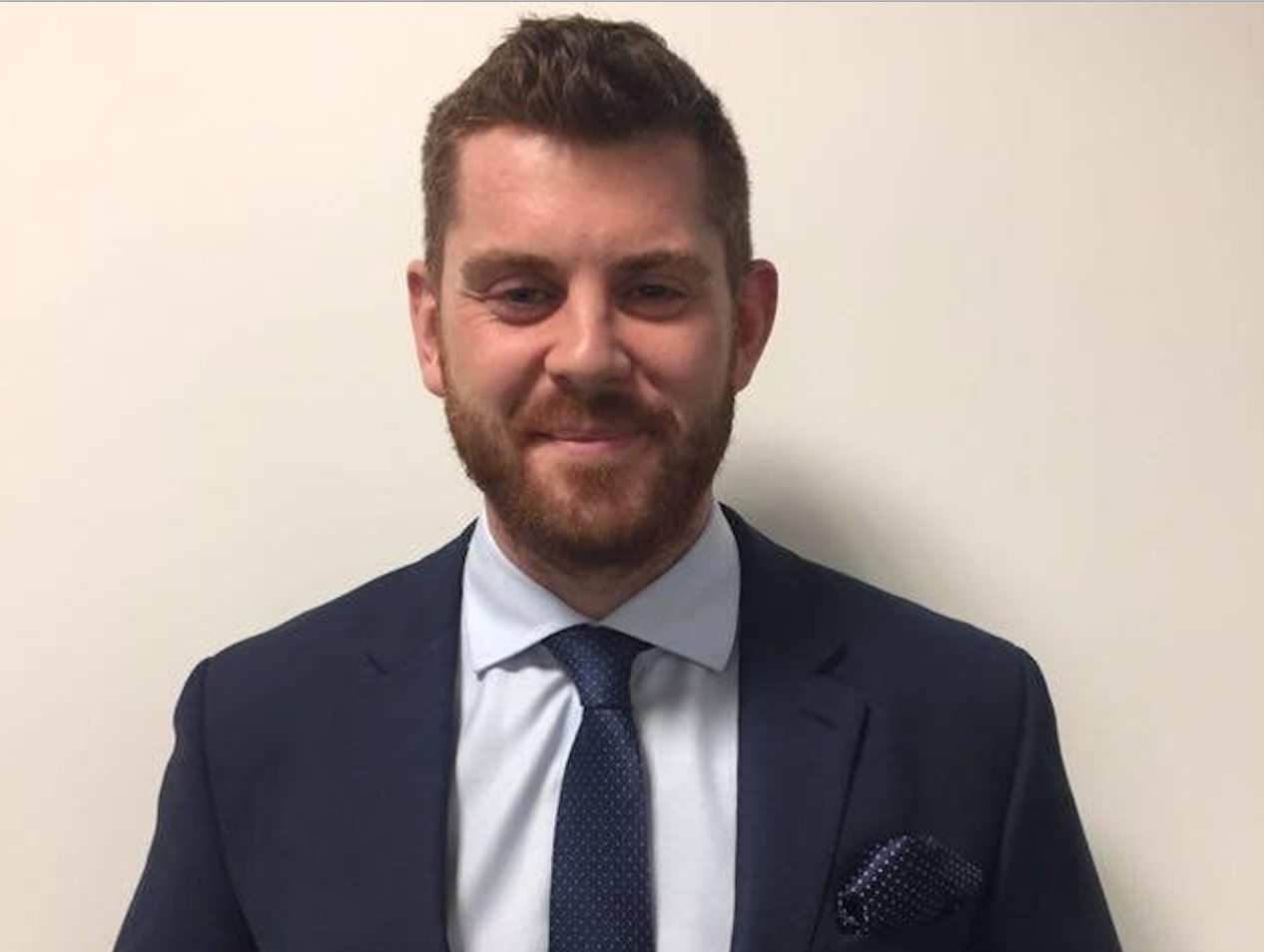 As the IT hardware support company Cameo celebrates its 30th anniversary, Technology Reseller speaks to Operations Director Luke Horton-Walker about the company’s recent growth – 20% year-on-year over the last four years – and its plans for the future

There’s nothing flash in the pan about Cameo. In fact, in many ways it is at the slow and steady end of the spectrum – the obvious exception being its speed of response to service requests. Thus, it has taken the privately owned company 30 years to emerge from the shadows and tell the wider world about its capabilities and accomplishments.

As Operations Director Luke HortonWalker explained to Technology Reseller, its recruitment of a PR agency and launch of a new website to boost brand awareness are part of a general ramping up of sales and marketing activity over the last couple of years that has also seen the establishment of a dedicated sales team for the first time and an expansion of Cameo’s service offering to include UPS maintenance and secure, ADISA-certified disposal of end of life equipment.

Cameo’s core offering remains postwarranty hardware support delivered exclusively as a white-label offering for channel partners (and only channel partners), with an annual SLA compliance rate of 98.6%. With offices in Leicestershire and Glasgow, plus a new warehouse hub that feeds 21 forward-stocking locations throughout the UK and Ireland, Cameo has a workforce of almost 36, including 14 engineers.

Even with its low profile, Cameo has been growing 20% year-on-year for the last four years, and is on target to increase turnover to £3.3 million, up from £2.7 million, in this financial year (ending in January 2020).

Technology Reseller (TR): Please give us a quick potted history of Cameo

Luke Horton-Walker (LH-W): The company started in 1989 when a group of engineers came together to support mainly IBM p series and i series mainframes. Being engineers they have always delivered the best service, but lacked the commercial acumen to take the company forward. My current business partner, Ian Blackman, who had done some consultancy work for the existing owners, saw that the company had huge potential and bought the owners out [in 2009]. I came on board six months after that.

We worked to the 10-year plan we had then, and still have now, building on the reputation Cameo had in the marketplace and developing the operational side of the business to enable us to continually deliver the highest level of service. We grew organically, maximising business with our existing customer base and taking on further customers through word of mouth. We didn’t have a dedicated sales team until 18 months ago and are firm believers that the guys out on site are the best sales people.

We have a simple model: what we do, we do well and to the best of our ability. We believe this ethos will enable us to push forward and still be here in 10 years’ time.

TR: You started out with computers. Now do you support all types of technology?

LH-W: We are enterprise-focused so we don’t really get involved in endpoint support. We are very much data centrefocused – enterprise servers, storage, networking, power equipment. We decided not to get involved in a street fight with everyone else who was out there at the time, so our engineers are all datacentre engineers. It wouldn’t be competitive for us to start offering managed services support for end user desktops. We stick to what we know and that is how we want to push forward. Our aim is to build our reputation in that environment and ultimately to have the customer base coming to us on the back of the reputation we already have. That’s already starting to pay dividends. Our opinion is that there are a lot out there trying to be a jack-of-all-trades; we want to master what we are good at and build on that.

TR: How many engineers do you have?

LH-W: We have 14 throughout the UK and Ireland. That might sound like quite a small number, but we are fairly unique in that our service desk is manned by senior engineers. Because 87% of our calls are diagnosed in the first call, we can get our engineers and parts on the road far, far quicker, which in turn allows us to deliver a much higher SLA success rate. Our engineers average three calls a day, whereas most other companies average 1.5, so our engineers are far, far more productive.

TR: How many channel customers do you have?

LH-W: Currently we have 72 active customers. We don’t want a huge customer base; we want to build partnerships. With us, it’s not about a quick in and out to maximise revenue over the next 12 months, just to hit a target. Because we have a 10-year plan, we want to work with our customers; we want to be their exclusive partner and deliver a wraparound, bespoke offering. Ultimately we won’t deviate when it comes to service. We are not going to be the cheapest in the marketplace, because we don’t feel that that is a sustainable model.

LH-W: Companies are looking for more than a one-trick pony. Partners need to be able to add value, rather than just offer networking support or support only Cisco or only Wintel servers. That is where we come into our own. We can deliver an extensive hardware support offering focused on the data centre; we have pushed into UPS support; and, in the last 12-18 months, we have moved into secure, ADISA-certified disposal of decommissioned equipment and all the media-bearing items that go along with that.

For us, it is being able to offer value throughout the complete cycle, from supplying and installing new equipment, uplifting a manufacturer warranty to a 24/7 4-hour fix (and delivering a true 4 fix, as opposed to what you end up getting from manufacturers), to maintaining that equipment post-warranty and, ultimately, decommissioning it and transferring the data, cleansing the media-bearing items. It’s that lifecycle service, simplifying the service offering and focusing on the data centre environment.

TR: What are some of the challenges you face?

LH-W: Being a smaller company, competing with the larger TPMs that are out there is always a bit of a challenge. Some of the larger American firms bring the US model to the UK, start buying businesses and compete on price. So, one of the biggest challenges is sticking to our guns, delivering the service that we believe in. That comes at a cost and there’s a challenge in getting that over to the reseller, getting them to understand the long-term value in that, and in getting some of the larger players to understand that we can deliver even though we are a much smaller company.

The challenge of a channel-only model is that, from a sales perspective, we are only as good as our resellers. That’s why we are trying to adopt a more educational approach. Not everyone is going to be interested in how we do everything to the nth degree, but we want to inspire our customers to pass on to their customers how we deliver a point of difference and how they do it as a reseller by using us as a partner. As resellers become more open about using partners, end users understand the value of that more and more. The more we are allowed to get involved in the deal, the higher the success rate.

TR: You offer hardware support, inventory support, UPS support, engineering services: which are the fastest growing parts of your business?

LH-W: The core of our services is out-and-out hardware support. We brought in UPS 20-24 months ago and we have seen considerable growth in the last 6-9 months. It has been an educational sell, because there has never been a TPM out there supporting UPSs – certainly not in-house and at the level we do. UPS is the forgotten piece of equipment: it sits there, it collects dust and, because we’ve got pretty stable power in this country, it doesn’t get used that often. The downside is that when they are needed, they’ve probably been sitting there for six years, the batteries will be completely degraded and they won’t work. So, there is a need to educate resellers and, in turn, end users on the value of regularly servicing those units, of regular battery replacements. We have seen substantial growth there and in secure disposal. We have won some much larger contracts on the back of being ADISA-certified and being able to incorporate the disposal model into the maintenance arena, so that when we maintain equipment and bring back media bearing items we are able to process them securely. They don’t have to retain everything on site and then engage with an additional third party for disposal. It’s the benefit of building that wraparound model.