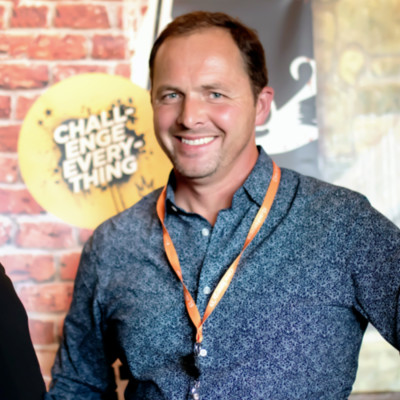 In February, IGEL, provider of the next-gen edge OS for cloud workspaces, promoted Jed Ayres from co-CEO to global CEO, following year-on-year growth of 35% for the year ending December 31, 2019. These results included a 200% increase in software units sold, highlighting the value (and success) of IGEL’s strategy, since 2016, to pivot itself from being a hardware-centric company to a software-first business built around its IGEL OS, IGEL UD Pocket and IGEL Universal Management Suite. Technology Reseller asked Jed Ayres about this transition and other developments at the Disrupt 2020 conference in Munich.

Technology Reseller (TR): IGEL used to be known for its thin clients. Now, there is much more emphasis on the company’s software solutions for converting and controlling endpoints and accessing secure workspaces running in the datacentre and the cloud. How has this transformation come about?

Jed Ayres (JA): When I joined IGEL, almost every sale was a hardware sale – say 300 euros for a piece of hardware that had a beautiful operating system and a beautiful management tool that was being updated about every 12 weeks. You would pay 300 euros for a converged device and have it for seven or eight years, fully supported. I remember in my first few weeks here, people calling up and saying ‘This is a 10-year old device and I can’t download the latest operating system onto it’ and I’m there thinking ‘OK, well maybe you should buy another piece of hardware at this point’.

The real difference we made was to turn this story upside down and to lead with the software. We had the product to do that, an operating system for people to put in their old devices, but we were selling very small amounts of it – maybe 30,000 seats. No one knew how to sell it because they were locked in this hardware-selling motion.

I met with Heiko (Heiko Gloge, IGEL Founder, Board Member and erstwhile co-CEO). We had dinner and I realised that IGEL was a software company, but the go-to-market was locked in this thin client – low margin, long sales cycle, kind of brutal.

I saw an opportunity to turn the exposure up on this convergence software and to go into the enterprise, because the other thing about IGEL is that they had historically been serving the smaller companies that Dell and HP weren’t paying attention to, especially in Germany where there is a big middle market. They had been Number One in Germany since 2006 but had failed three times to break into the US.

There were two things Heiko hired me to do. The first was to get the US right and the second was to get the messaging right. At the time, all the marketing was done in German and it was very technical, very feature-focused. I inverted that to focus on business outcomes: IGEL saves you money; IGEL makes you more secure; IGEL delivers a better end user experience.

IGEL was failing in America because it was under-resourced – they never had more than 5 or 6 people. So I said if we are going to do this, we need a marketing team, we need a channel team, we are going to have to make a lot of investment, we are going to have to remodel a whole bunch of things. It was a perfect scenario for me because I knew the channel: I had spent 20 years in the channel, including time at a big Citrix and VMWare reseller; I knew all the people in that space. I wrote a 150-page business plan and said if you want me to take this job, these are the things you have to commit to.

TR: And have you stuck with that plan?

JA: We have accomplished it early actually. Basically, we said we wanted to go from Number 7 to Number 3. This year we plan to go to Number 1 in the US and worldwide.

TR: Have competitors like Dell and HP taken their eye off the ball?

JA: Absolutely. They don’t have anything to compete with the way we are doing things and are still stuck in the rut that IGEL was in. At the end of 2019, IGEL had $150 million of revenue and most of that comes from software, which is also driving most of the profit and most of the net profit. The entire financial complexion of the company has changed as a result of selling software. Now, the long-term vision of IGEL is to move to subscriptions, which is the way Microsoft is going.

TR: You mention Microsoft. It recently named IGEL as a key partner for its Desktop-as-a-service offering, Microsoft Windows Virtual Desktop (WVD). What is your proposition with regards to Windows?

JA: An important thing to understand with virtualising Windows applications is that we are trying to escape some of the challenges of managing Windows – to have more security, to have easier management by centralising it and to have easier deployment.

One thing that has worked in our favour over the last five years is that people who are looking at virtualisation realise they should probably not have Windows on the edge of things because not to get away from Windows basically defeats the value of what they are trying to do. Microsoft has its thin operating system; it was called Windows Embedded and now it’s called Windows IoT. It’s a slimmed down 16GB operating system, but it’s still Windows.

IDC has been tracking the incline of Linux and the decline of Windows and 2018 was the year when the majority of people used Linux to control these virtualised endpoints; it basically became the operating system of choice. If you are going to embrace this architecture, you want a thin, light, secure, highly manageable operating system on the edge, and that looks a lot like IGEL.

It’s important to understand it’s a cubed equation: it’s the operating system; it’s the idea that any x86 device with 2GB RAM and a hard drive can be used to deliver from on prem or the cloud; and it’s the management facility.

That’s the other magic of IGEL. I can go into a large bank or retail organisation and I can build a profile that can control 7,000 different settings on that device. That profile is like an Active Directory. Once I have saved the profile for a company’s stores in New York, say, I can drag it into a folder and, without even restarting, the device takes on those settings and configuration. This drives huge operational benefits, including reductions in help desk tickets and the number of people needed to manage it. Luxottica, the luxury eyewear business, has 30,000 end points connected to cash registers in 5,000 locations with no IT support, like at Heathrow Terminal 2, and these are managed by just one person. The ratio for fat clients to people in a really good department is 250:1 and we have taken it to 30,000:1.

JA: We have modelled it out. We sell for about $100 a seat right now, so we would need to sell 10 million licences. Microsoft is predicting to do 50 million over the next 3 years. Today, we are the only company with a good Linux connection to WVD, so if we get just half of Microsoft’s figure it would make us a $2.5 billion company. If we get 15% or 16%, we are still on target.

TR: With all your focus on software, do you plan to remain in hardware?

JA: I said it on the stage; we don’t want to get out of hardware. We think the largest companies enjoy having a single company to deal with. Eventually sweated devices do die and at that point they can buy a box from us and just move the licence off the other device.

TR: But the hardware proportion of your revenue must be going down…

It’s possible that you are going to see some relationships develop that are kind of like what we do with LG today, where we work with them and certify their devices, and more OEM-type relationships too. That’s 24 or 36 months away.

In the OS space, getting to the 2 million mark will be very disruptive, when you consider that Dell and HP sell about 1 million thin clients a year. Once we start to double or triple the TAM (total addressable market) they have enjoyed it will be a historic moment. If they are smart they will ask ‘why don’t we just OEM for IGEL, like we do for Microsoft?’. They would do much better to recognise us and think of us more like a Microsoft.

I think that will be an investment we start to make more aggressively in the near-future – an OEM programme that makes it interesting for a hardware vendor, because there are other hardware vendors that are approaching us now. Dell and HP are neck and neck and whichever decides to use IGEL first will become the definitive hardware leader.

TR: Might you also change the way you sell hardware? You mentioned earlier that IGEL was planning to move towards subscriptions. Is that for the hardware too?

JA: Definitely. You have to go through this valley of darkness on the financial side, which changes how you recognise revenue, how you pay your reps, how you work through the channel. Everything in the channel is set up for perpetual up-front margin, and we have to engineer it so that we can invest together with partners towards what will turn out to be a win:win for everyone.

TR: Are you planning to recruit more resellers?

JA: Honestly, we don’t want to be over distributed, so we are expanding our channel by working with some of the top SIs. We need to build a managed services portfolio and that ties back to having a subscription programme, so we can meet the needs of a customer that takes on 100,000 more people because it’s Christmas and only wants our solution for a month. What we need is fewer, better distributors in Europe and more software oriented resellers. The big opportunity in Europe right now is to grow up into the enterprise space and to sell more software over here as we have done in the US.

TR: What prompted your move up into the enterprise space? Was it purely a sales and marketing strategy or was it enabled by some technical development?

JA: I had a slide the first time I presented to this very small team at IGEL, but I use it in almost every slide deck; it’s like a famous Jed Ayres thing and it’s all about the importance of a comma. Where there’s a long sales cycle and you have to do all that work to convince a customer, would like to do it for 500 seats or 5,000 or 50,000? It was basically like ‘Let’s go after the biggest companies’.

TR: So you already had the technology you needed to win them over?

JA: It’s unbelievable. You walk into the biggest corporation in the world and say ‘In five minutes I am going to show you how to convert that device and connect it to WVD or Citrix’ and it blows their mind. We gave away a Tesla in my first year, because of its software-defined associations and to get people’s attention. Basically, to enter the raffle we would ask people to take a 15-minute meeting over Zoom: this is what the thin client looks like, here’s the console, and now I am going to build this profile, save it, put it in this folder and walk to that machine and completely change its personality. We would take it from there to a ‘come meet me’. Our number one problem, though, is people have never heard of IGEL. Everyone has heard of HP and Dell – that’s the safe thing.

TR: Your relationships with the software and hardware vendors supported by IGEL OS and your involvement with Microsoft WVD must be changing that.

JA: Absolutely. That is the power of an eco-system.