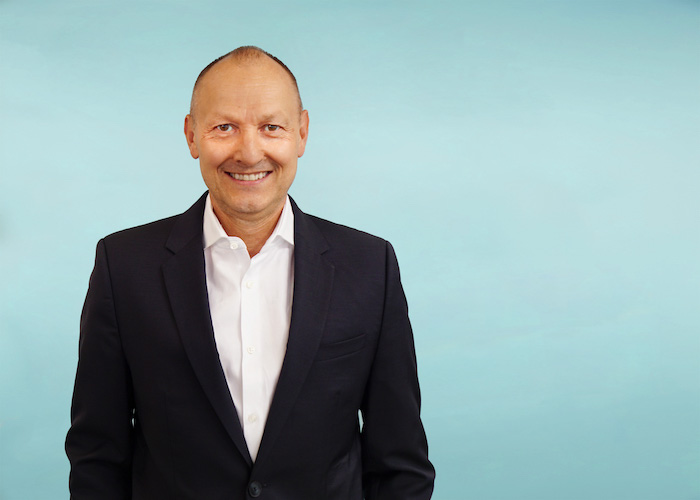 As part of the deal, which is expected to close in November or December subject to regulatory approval, Rigby will invest in the new, expanded Infinigate Group, becoming the second largest shareholder after Infinigate’s existing owner Bridgepoint.

Nuvias Group’s smaller unified communications business, Nuvias UC, is not part of the acquisition and will be run as a separate entity under the ownership of Rigby Private Equity.

With its planned acquisition of Nuvias, Infinigate has revised its previous revenue target of E1.4 billion by the end of 2023 to E2 billion by the same date. To discuss this and other matters, Technology Reseller spoke to Infinigate Group CEO Klaus Schlichtherle.

Technology Reseller (TR): Can you tell me a little bit about the acquisition or merger, starting with who initiated it?

Klaus Schlichtherle (KS): Simon England, the CEO of Nuvias, and I had been colleagues at Tech Data 15 years ago, and obviously we’ve been talking to each other for a long time. At some point at the end of last year, we said ‘Hey, we should really build a powerhouse in Europe, focusing on cybersecurity’ because it really makes sense: Nuvias is very strong in the UK; Infinigate is very strong in DACH and Scandinavia, and has reasonably good business in other countries of Europe.

Putting them together creates a powerhouse with a very strong business in DACH (Germany, Austria and Switzerland), the UK, France, Benelux and the Nordics. Add in two businesses in Italy and Spain and business in Eastern Europe, and that’s a whole new world for us, especially when it comes to vendor discussions.

Offering vendors great access to the whole of Europe is a different value proposition than being strong in DACH or being strong in the UK. That’s not enough today. So that’s why we said strategically let’s do it, and then both parties came together very quickly.

TR: What’s the ownership of the new company and what will it be called?

KS: We want to keep the Infinigate name and use it for the whole group but introduce a new logo and tagline within 12 months of closure.

From an ownership point of view, Infinigate, owned by Bridgepoint, is acquiring Nuvias. We will buy it from Rigby Private Equity, and Rigby will then reinvest in the new Infinigate Group and become a part of it.

This sends a clear signal that Rigby is a strong believer in the new Infinigate Group, consisting of the old Infinigate plus Nuvias, as the new powerhouse in Europe. It’s very encouraging that Steve Rigby is so supportive of the whole transaction.

TR: You say that the Group’s expanded footprint will be a benefit to vendors. What are some of the other advantages of this merger?

Then, we will stay very focused on cybersecurity. Our brand image needs to be razor-sharp around cybersecurity, secure cloud, secure networking so that our customers know where our expertise lies – they love us for that today and they will love us for it in the future as well – and so that vendor partners know that we are their extended sales force and speak the same cybersecurity language they do. We’re a perfect match for a lot of vendors in the marketplace.

TR: Was there much overlap in your vendor relationships?

KS: Very little. We have four vendors, I think, where we have an overlap, and what’s interesting in the case of a vendor like Watchguard, say, is that we have WatchGuard in France through an acquisition and we have Watchguard in the Nordics, while Nuvias has Watchguard in Germany, the UK, Benelux. So, all of a sudden we have almost pan-European coverage.

TR: Do you know what Infinigate Group’s combined share of the cybersecurity distribution market in Europe will be?

KS: That’s very hard to say, but it’s smaller than you might think because there are a couple of major vendors we don’t carry, like Cisco – they’re really huge in cyber and we haven’t been trading with them because they have their existing infrastructure.

We focus a lot on the SMB part of the market and on cybersecurity vendors that have very specific solutions. There are also a lot of companies that go direct and don’t use distribution, so I would say we are still a relatively small part of the whole cybersecurity space. As a guesstimate, I would say for the whole of Europe, it’s still a single digit percentage. Cyber security is such a huge market.

If a new technology or a new vendor does emerge, of course we will jump onto it and try to get a distribution contract. We’ve done that with Cybereason for example and Deep Instinct in the Nordics. Those are really very specific technologies, where we can provide a lot of value to those vendor partners.

But our portfolio is so broad that we already cover a lot of the technologies in cybersecurity and already have a really good opportunity to grow with our existing partners.

In principle, the market is growing by 10% or 15%, and we grew by 20% to 25% last year and Nuvias by 35%, so there’s a lot of room for us to have great growth with existing vendor partners, because of the market growth itself.

KS: We’ve been very aggressive in that area, although recurring revenue for me is more like repeat revenue. Recurring revenue is a very broad term, because we have a lot of revenue that re-occurs, for example a licence renewal after three years. When you take all of that into account, we’re at 80%.

When you talk about recurring revenue on a monthly basis, the typical MSP business, we are certainly doing three digits in millions. Our acquisition of Acmeo in Germany three years ago gave us a great platform and engine that supports a monthly recurring revenue model with an automated approach, and we already have a lot of cybersecurity vendors on it. Others are moving in that direction, some slower, some faster, and we have the platform to support that and will look to proliferate the platform across the new group, but that will be in the second stage.

Nuvias, too, has taken its first steps in this area and as a combined entity I think we will see good growth in this space.

TR: Will you be making efficiencies after the merger or are the two companies such a good fit that you won’t need to get rid of people and make other economies?

KS: Our mindset is totally on growth. But let’s say there is an overlap – as I said, we have three or four vendors where that is the case – and there are two people who have the same role, when you are growing by 20%, why would you look for synergies? That’s not what we have in mind.

People might have to do a different job, but the opportunities in a growing company, and in this bigger company, are good and people who are willing to participate and embrace the challenge, we will support left, right and centre. Our mind is totally on growth and on developing people.

Just think how hard it is today to hire really qualified people in cybersecurity. It would be extra stupid to tell somebody ‘Ah you are a great cybersecurity asset, work for somebody else’. That would be really stupid. We’re all about growth and giving people opportunities.

We don’t have intellectual property, we don’t have patents. Our assets are our people, relationships, trust, so it’s in our interests to take care of people. We welcome everybody to this new company; we want to provide everybody with a good working environment and room for development.

TR: Do you think the great level of M&A activity in the distribution market is going to continue or will rising interest rates put the brakes on?

KS: I haven’t seen an impact yet and it’s very hard to tell what might happen, but we have an appetite to keep moving on, and I think now is a really good time to build a bigger cybersecurity player in the whole of EMEA and maybe beyond EMEA.

We have been very resilient over the last two or three years when a lot of industries have unfortunately suffered. We’ve been growing at 20% to 25% despite the unfavourable environment for the global economy and I think that resilience will continue. And when you have a resilient model that gives the required return you attract those with money for further acquisitions.

Rising interest rates could be an accelerating problem in other industries because you don’t know how high they will rise. If they go to 5%, the distribution industry could also run into trouble, because those levels are far beyond what we see today.

TR: With a new target of e2 billion in revenue by the end of 2023, I assume you’ve got other acquisitions in mind. Is the integration of Nuvias going to delay your strategy in any way?

KS: Not at all. Obviously, Nuvias is a more complex acquisition because we deal in the same countries, albeit with different vendors, and need to get different teams together, which requires a bit more effort than acquiring and integrating a company outside the territories we are in today. For the time being we will concentrate on Nuvias, but there is certainly an appetite for other acquisitions.

TR: I take it from that that your main focus will be geographic expansion rather than portfolio diversification.

KS: Absolutely. I think it makes sense from a vendor point of view to have partners with a bigger geographical coverage, with a proven model, with a focus on the cybersecurity industry. I think that makes a lot of sense.