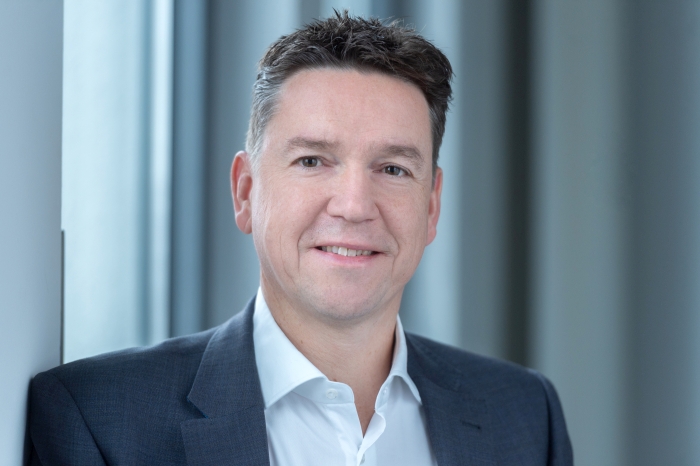 Q&A with Simon Jackson, President of the DSO

ISE saw the launch of a new organisation set up to serve the needs of the European digital signage community, including vendors, channel partners and end users. The Digital Signage Organisation (DSO) has emerged from the ashes of the American-owned Digital Signage Federation Europe (DSF-E) and involves many of the same people, including NEC’s Simon Jackson, previously President of the DSF-E and now President of the DSO. Technology Reseller caught up with him to find out more about the new organisation.

Simon Jackson (SJ): They are totally different entities. The DSF is a strong and thriving body in the US, and I was President of its European arm, which has ceased to exist, though they may decide to start it up again. The DSF does a great job over there but didn’t have a particularly strong footprint in Europe. The DSO sees itself as primarily an EMEA organisation and wants to have a stronger footprint in Europe than the old DSF-E did.

TR: How many members do you have?

SJ: We’ve only just started, but technically we’ve already got more than 50 through the board members we have. They are a mix of people representing software companies, manufacturers, integrators and end users. Our membership should reﬂect the balance of that group. We will not charge end users a membership fee, though there will be a qualification. Paid members will come from manufacturers, integrators, distributors and channel guys.

TR: How will the DSO’s approach differ to that of the old DSF-E?

We also want to focus more on the end customer. I’ve always been a big fan of having them front of mind, because in the end they are the people that buy our kit. So, it’s very important to bring them into the equation. The DSO is not just for the IT or AV channel, but also for end users who quite often have the best ideas because they are at the front end trying to implement the technology.

TR: What are some of the challenges that end users face that the DSO can help with?

SF: A lot of companies come to digital signage through meeting room collaboration or corporate communications around offices, or they want to do some advertising. They don’t know the first thing about digital signage and there’s nowhere they can go to learn about it, because in our industry, particularly within AV, there’s an assumption that everyone knows what they are talking about. So, first we’ve got to explain and demystify signage.

Then, people are looking for advice and help. There is no body that I know of that exists to advise people of best practice, to share inside knowledge, to give them a forum for talking to like-minded people. We will be producing white papers and documents that give our members more insight into certain areas of signage and, through our events, we will give them the chance to network and talk to fellow members about their experiences.

A good example of the need for this kind of support is the emergence of a new, disruptive technology, direct view LED (not backlight LED that you might have in an LCD panel). The market is currently being ﬂooded by many, many different Chinese companies – some of them highly competent; some of them not competent at all. Even the biggest enterprises don’t know the first thing about LED, what they should be asking, what dot pitch means in terms of viewing difference, what resolution they should choose and all these other factors. They have nowhere to go for advice. We’re not here to recommend people’s products, but we can talk about best practice and shared learning.

TR: Do you think a lack of education has held back the digital signage market?

SF: There are a lot of examples of where digital signage is being used incorrectly and where it hasn’t achieved what people wanted. Some people think ‘OK, let’s put up some screens where people can see our adverts’, if they are using them for advertising. They put in the infrastructure but don’t think about the content, about who is responsible for creating and formatting the content. Is it their marketing department or do they have to keep going back to an agency that charges thousands of euros a month to keep content fresh, because if they don’t people will stop looking at their screens? These sorts of things need to be discussed before the customer spends money. So, I think a lack of education has held back the market in some areas. That said, as an industry, we are getting much better at asking the right questions upfront to ensure we don’t deliver the wrong solution.

TR: You’ve mentioned the need for end user education: does the trade need educating as well?

SF: Absolutely. This market is moving so fast, particularly with IoT and the extra value that that can bring to a signage network, that people are struggling to keep up.

TR: Do you plan to run exhibitions and events?

SF: This is only our first year and we want feedback from members to help set our agenda. So, for now, we will be attending the major events in Europe: we will be at ISE; we will probably do something at London Digital Signage Week and there are other events in the calendar that we must come to a decision about. In addition, there will be opportunities for networking, and we will use social media to enable members to talk to each other and share ideas and experiences.