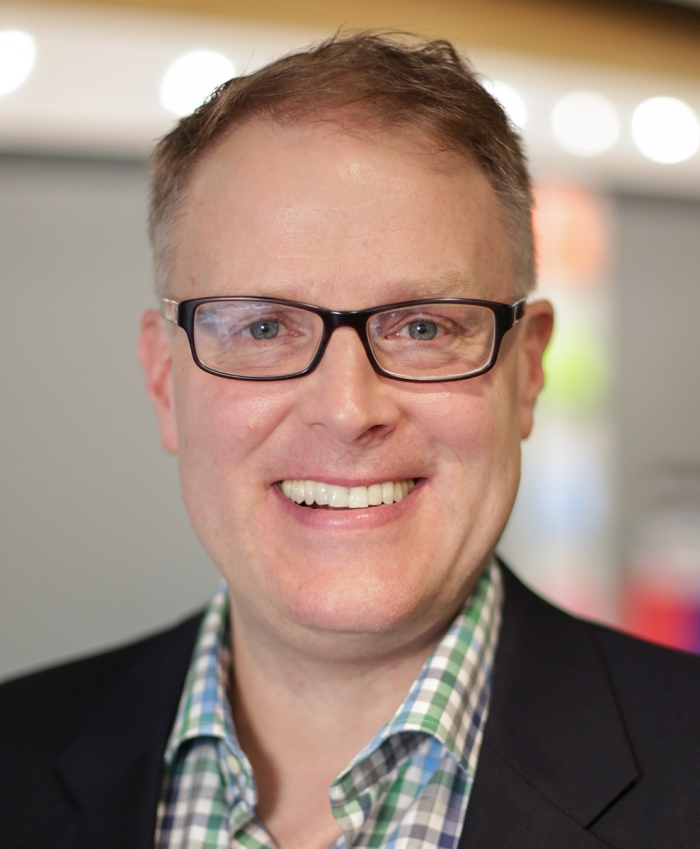 On October 21-23, Datto, a provider of IT solutions delivered through managed service providers, hosted 850 MSPs from 25 countries at DattoCon19 in Paris. The event gave Technology Reseller the opportunity to find out more about the company’s future plans, including its global expansion and technology roadmap (covered in next month’s issue). To set the scene, James Goulding first asked Datto CEO Tim Weller about the the integration of Autotask, which Datto acquired two years ago, and what impact that had had on the company’s culture.

Technology Reseller (TR): Almost exactly two years ago, in December 2017, Datto acquired Autotask, a company of roughly similar size. How has the integration gone and what impact has it had on your company culture?

Tim Weller (TW): The integration has gone really well. In a way, we had to bring both companies up to the other company’s standards. For example, Autotask, a PSA tool that people run their businesses on, had more of a 9-to-5 business hours support philosophy in Europe and more of a ‘sell the tool and then move on’ approach. Datto has always had a ‘partners for life’ philosophy – we are on a journey together; the channel is going to grow; the partner is going to grow; and we will make revenue as time goes on. So, we introduced 24/7 support. Two years on, probably the biggest feedback I get from partners is that they love the support, love that they can call someone any time. In addition to pure tech support, we staffed the sales side more and the account management side. This has had a global benefit too because we now have a very full support team who can answer calls at different hours for other geographies.

Then, Autotask was a little further along in Europe than Datto was and that has helped us bring continuity, which is really Datto’s flagship line of products, to market. That’s been an education process for people that might have been using the same backup product for the last decade, giving them the chance to revisit continuity and see what is offered by modern solutions. They are always a bit surprised to learn you can get almost real-time continuity – ‘Isn’t that for the financial markets in Canary Wharf? Isn’t that for the airlines?’ Bringing enterprise-grade technology to small and medium-sized businesses has always been Datto’s hallmark.

Overall, I think the integration has gone very well. Companies have continued to grow rapidly through that change and profits have expanded enough to have made it worthwhile. Not that it was a financially motivated merger; it was really about getting a full product suite out to partners. I love standing on stage at the Keynote and being able to talk about everything we offer. I love launching the tech for partners to go out and sell to small and medium-sized businesses.

TR: Can you give me some idea of the growth you have experienced.

That changes the company, and we have to think about how we maintain that one-to-one partner touch that Datto is known for – that deep immersion. At the end of the keynote I published my email address to all the partners. Obviously, there is the assumption, with 16,000 partners, that not all are going to email me today, but that is an example of how we are trying to maintain that one-on-one culture. And other executives are doing the same. The door is open and we will keep that culture alive for as long as possible.

That’s what I focus on; a partner first culture and getting everybody to view things through that lens. I love to talk to the new employees on their first day of work and say: ‘Hey, this company is about MSPs. Wherever you came from before, we don’t call them end users; we don’t sell direct. Yes, we sell enterprise software to small and medium businesses, but we do it only through channel partners’.

TR: One thing that has impressed me about DattoCon is the culture of openness, the presence of competitors exhibiting at your event. Did the merger with Autotask change any relationships you have with customers?

TW: It did not. Everybody will always say they are open; the PR will always be ‘we are open’. Microsoft in the ‘90s was ‘open’, even as the Government was investigating it for anti-trust. We have always tried to act in a very open manner, but the merger brought some unconscious bias to light. If you were an Autotask person and you had Autotask PSA and Autotask RMM, you would not have been highly motivated to make the Autotask RMM work with ConnectWise, because that is your competitor. But when you are Datto, in a combined company, as many of our partners probably use ConnectWise as use Autotask. We have a great RMM and we want it to integrate well with both and we want our networking products to integrate well with both. So, we have had to ask ourselves whether we are as open as we can be. This conference is the most obvious manifestation of that: we made the decision to keep it very, very open – open to anyone from ConnectWise down. If Cisco, who we compete with on the networking side, want to come to this
conference hall and have a big booth, we would welcome them.

TR: They have to be open too.

TW: Yes, they do. But it’s more difficult for them. We can walk the walk more easily than larger companies, because they have conflict. Whoever is running the channel at a large enterprise company, whoever is responsible for MSPs, will be a small piece of that company. They will be trying to get promoted to the direct side; the direct side will be talking to the CEO and the board, so the channel becomes a second thought. It is always going to be like that wherever the channel is a smaller piece. Nobody is acting with ill intent; they just have to recognise what is their main source of revenue. Downstairs (in the exhibition hall) you will see lots of small vendors that are dedicated to the channel – that’s where the excitement is.

TR: Where do you see the big growth for Datto in the next few years?

TW: I would highlight three dimensions. The first is more partners. We’ve got new geographies opening up; we have just announced a big expansion in the Nordics. We are not yet meaningfully on the continent in Asia – this year, like last year, is very much focused on Europe in terms of expansion – but we will eventually get to Asia.

More importantly to us, within the partner base, the biggest single dimension of growth for our company is to help partners find new SMBs. We love hearing partners say they want to get 20 new customers this year. That immediately energises our team – How can we help? Shall we do some lunches together? Do you want to lead with networking? Do you want to lead with continuity? Where are your problems? Do you want to talk to our marketing team and get them to put some content together? We love selling with partners to help grow their business. It feels the best. We are not throwing products at them so they pay us more; we are helping them to grow their revenue and then they source product from us, so it’s a win:win. That’s the second thing.

The third is just technology and products. We are a builder of technology and we have confidence in our ability to build products. At shows like this and all the roadshows we hold we ask ‘What do you need? What are you looking for? What are your hearing?’. We get the pulse of the partner and then we can start to cross-sell. Partners, by definition, come to you through one of your products – they start with your PSA or they start with continuity. I would say most European partners don’t even know we do networking, so a show like this is very important for us. It enables us to get 100 people in a room and they can see how our networking products are tailored specially for MSPs. That’s the third vector of growth; the revenue opportunity for partners – we get paid when they get paid.

TR: And they appreciate the ability to cross-sell to their customers.

TW: Absolutely. That’s their lowest selling cost. It’s unrealistic to think they are going to get all their technology from us, because we are not going to sell laptops, we are not going to sell phones. They will always be in a situation where they are multi-vendor, but it is somewhat nice for them to have eight vendors instead of 80. And if they are a trusted vendor, you tend to buy more from that brand, and that comes from our ability to service them well.

TR: Do you divide you MSP partners up into different segments?

TW: We don’t, from the perspective that every MSP is welcome. If you join us for continuity, quite typically you are going to have one device and one subscription and, almost by definition, all our new partners are small with us on the first day. We can obviously see how large they actually are and we can recognise the opportunity. But everyone is welcome and that community aspect really resonates with us.

That said, large MSPs do need to be served differently to small MSPs, so we will start to match the right sales teams and the right support teams. For example, a very large partner might becomes so expert on the product they don’t want to go to basic tech support; they might want to go to the next level up because their techs are certified and use Datto. Or they might want a sales rep that knows more about their industry. So there is this idea of bespoke matching of sales and support to the MSP, but it is not a question of good, better and best as much as serve me where I am. This is true in so many businesses; consumers are demanding to be served in a better way and we have to get better at that because to date it has been a bit one-size-fits-all.

Datto, Inc. has strengthened its UK operations with the appointment of Justine Harris as Sales Director, UK & Ireland.

Justine joins Datto from Vodafone Business in the UK, where she was Interim Head of Global Sales, Cloud, and Security. Prior to that, she was Regional Vice President EMEA at Akamai Technologies, where she was responsible for strengthening Akamai’s channel ecosystem.

In her new role, Justine will oversee the continued expansion of Datto’s business in the UK and Ireland by building strong and successful relationships with existing and new partners in the Datto community.

She said: “The world of IT is moving fast. Small and medium-sized enterprises are increasingly looking for an expert partner at their side to help them navigate the complex challenges of data protection, cyberattacks and critical business processes. Datto’s solutions are the most advanced in the market and specifically tailored for MSPs, enabling them to take on the crucial role of strategic IT advisor to a growing number of SME clients. I am thrilled to join Datto during this transformational time of growth in the European channel.”