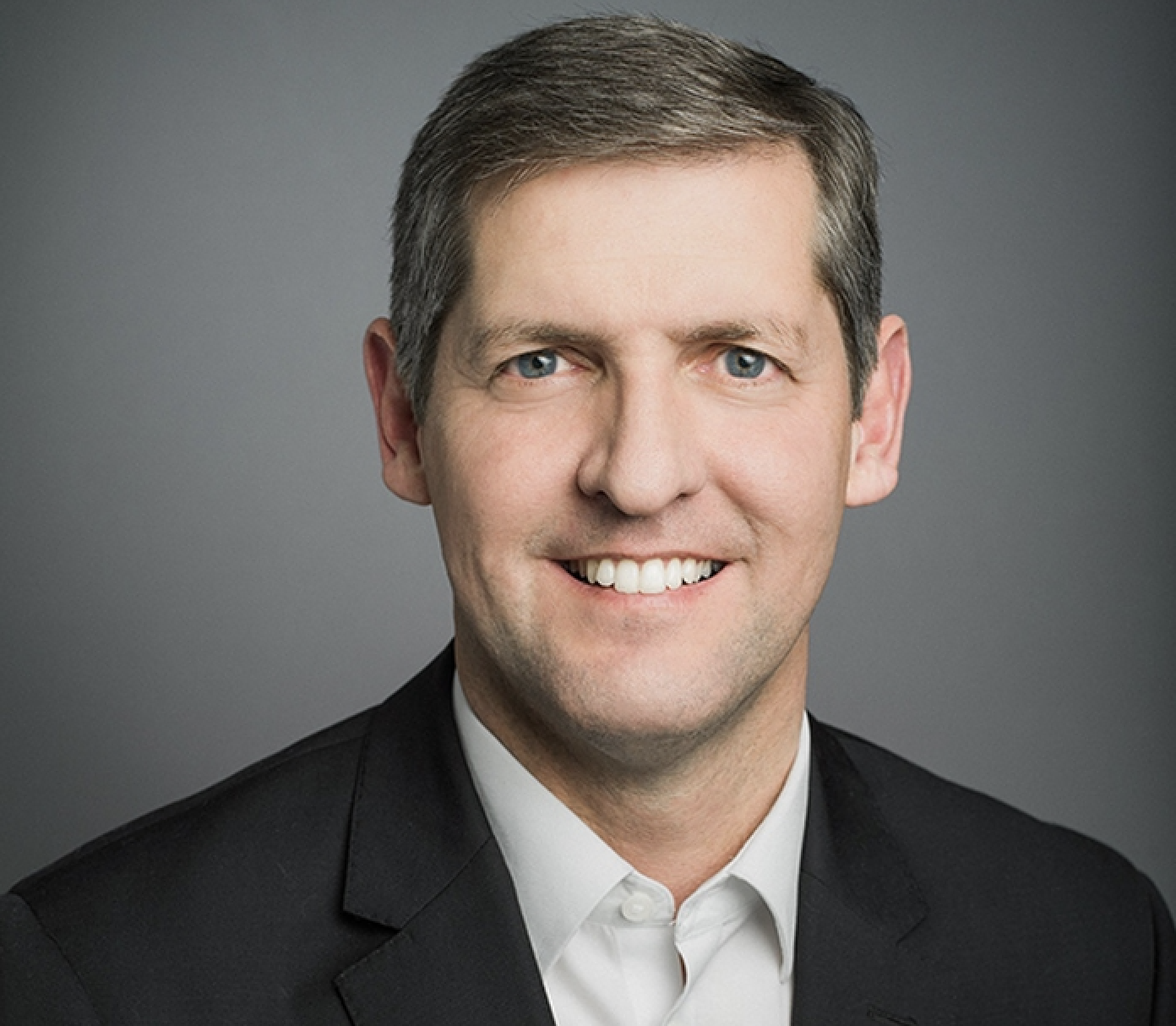 Poly: why the company is well placed to be the end point vendor of choice for seamless collaboration

Paul Clark, EMEA Managing Director of Poly, tells Technology Reseller why the company is well placed to be the end point vendor of choice for seamless collaboration

In March 2019, nine months after completing its acquisition of Polycom, Plantronics announced that it was rebranding the $2 billion combined UC&C endpoint business as Poly. Naming the company after the Ancient Greek for ‘many’ sets the seal on an acquisition that always felt more like a merger of equals than a take-over (both companies are of a similar size, with the difference between Plantronics’ $850 million turnover and Polycom’s $1.1 billion due almost entirely to the latter’s service revenue).

The union of the two companies, both specialists in the last metre of communication (3 metres in the case of video), has a certain logic as developments in unified communications and collaboration meant that Plantronics, with its heritage in headsets and audio products for the contact centre and office environments, and Polycom, best known for its audio and videoconferencing solutions for the boardroom and office, were both gravitating towards the same middle ground.

“Essentially, you have two companies that are experts in the field of endpoint technologies – Plantronics, with headsets and conference phones and now acoustics management with Soundscape, and Polycom, with video systems, conference systems and desk phones. To meet demand from customers to collaborate in a different way, with more diversity of endpoint, Plantronics wanted to expand its speakerphone portfolio and desk devices and Polycom wanted to expand into personal communications and headsets, so the companies were starting to overlap,” explained Paul Clark, EMEA Managing Director of Poly.

He added that bringing the two companies together under one brand will sharpen their focus on providing the best experience for users of Poly’s technologies at a time of significant change in the UC&C space.

“Certain vendors will become the corporate standard for collaboration, for example Skype for Business, now moving to Microsoft Teams, but you will still have people in a company using Zoom or Webex, perhaps because that is what a supplier or partner wants. Even if the IT department says ‘We are only going to use Skype for Business in our organisation and nothing else’, the reality is that organisations will need to support different types of UC&C technology. Poly can help with the enablement of that.

“Then, at the end point level, we will make the end point work with whatever technology you want to use. You might be using a Microsoft camera and a Plantronics headset, and I might be calling you using Skype for Business or Webex; I don’t want to care about any of that. I just want to get on with the call. Our objective is to make sure that the device you are using – headset, desk phone, speakerphone, video – can connect to any call irrespective of the underlying technology or collaboration service.”

Clark points out that this is a growing requirement, as changing working practices, such as the rise in homeworking and use of third spaces, have made the ability to collaborate with remote participants a requirement for small businesses as much as multi-national businesses with distributed sales teams around the globe. Coinciding with the greater reach of UC&C technologies, he suggests there has been a significant democratisation of the technology.

“While the initial infrastructure may be managed by IT, device selection and even replacement has devolved down to the group or individual. That’s driven adoption. However, IT still needs some level of control over what is being used on the network, as a poor choice of endpoint results in a poor experience. One of the obligations of Poly as a vendor is to provide insight into the last few metres. Our management software enables IT to see what devices people are using and the quality of the connection, because that all feeds into the net promoter score of the UC&C technology,” he said.

he unification of Plantronics and Polycom under one brand also has implications for reseller partners, which will become clearer later this year when Poly brings together the two separate partner programmes. In the meantime, Clark says the move has been welcomed across the board, by Polycom AV resellers, Plantronics contact centre specialists and resellers like Insight, CDW, Computacenter, BT that sold both brands.

This will make it easier for resellers to interact with Poly at a time of rapid growth in UC&C – 15% to 20% a year, according to Clark – and the emergence of other opportunities created by changes in working practices and office design, such as noise-cancelling headsets that aid concentration in open plan offices and video endpoints for Huddle rooms.

The opportunity in Huddle rooms, which Poly is addressing with its new Polycom Studio plug and play video bar, is particularly enticing and largely untapped.

“There are reckoned to be just over 30 million Huddle rooms today, only 2% of which are video-enabled. That is forecast to increase 7X in the next two years, so there is a very, very big growth forecast in video enablement,” he said.

Clark says there are two reasons for this: one is the growing affordability of video-enabling small and medium-sized Huddle rooms – “The Studio video and sound bar we launched at the beginning of the year costs £600-£700 ex VAT, so is not expensive,” he said; the other is greater awareness of the extent to which video enhances the effectiveness of collaboration.

“When you talk on the telephone, 13% of the value of the interaction comes from the words and 87% from the tone of voice. If you then introduce body language, the dynamics change completely. The value of the words drops to 7% and the tone of voice to 38%, with body language contributing 55% of the value. The more people use Huddle rooms, the more they will see how empowering video is. That growth in video is unlikely to stop; once it starts, it will feed itself,” he said.

“There’s a lot of change in the marketplace, like moving from Microsoft Skype for Business to Teams, which is a cloud solution. Companies are looking for help in how to go there. Some of that will come from Microsoft, but we can help, too, on the endpoint side. Polycom has a strong heritage of doing that and had a significant services business, but Plantronics never did, and services is quite a challenge if you are not used to doing it – how do you revenue-recognise things, how do you price them, how do you deliver them, what’s the support organisation? Now, with the coming together of the two companies, we have all that expertise and knowledge from Polycom, and there are things we will be able to do that we are quite excited by. We can see huge opportunities for the combined company to deliver new services and, because we sell through a partner network, those are revenue opportunities for our partners.”

Clark added that in doing this, Poly will not be competing with resellers that offer services of their own: “I want to get to the position where it’s clear for the reseller network that where they have services they can offer they will go to the front. If we can supplement what they offer with our services that is fantastic. If we have a service provider and they want to resell our service that’s also fine. Either way, we will do our best to make sure we are not competing with resellers. We know that has been a concern with some resellers in the past, but it shouldn’t be one going forward.”

One existing Poly product with a service element that Clark plans to make available to more resellers is the Habitat Soundscaping solution originally developed by Plantronics as part of its exploration of new ways of working and the challenges of working in open plan offices.

“In our UK offices we had a system of injecting Gaussian noise – pink or brown noise – to cover distracting sounds, such as someone talking 10 feet away. This was quite effective, but tiring as people were still hearing noise. We looked at what else we could do and discovered that natural sounds are comforting in an office environment, especially wind noise and water noise as they are constant and effective at covering chatter.

“However, with this there was a disconnect between what people were hearing and what their mind expected to see, so we started exploring whether this could be balanced out by installing water features in an office. We found that if people can hear water and see water, they feel calmer, fatigue goes down and productivity remains high. That’s the principle behind Habitat Soundscaping – noise masking, but with natural sounds,” he said.

This solution is already being used by companies around the world to address the problem of noise in open plan offices. As well as creating a better working environment for employees, it has enabled businesses to save money by increasing occupancy levels without impacting productivity.

The value for resellers, like AVI-SPL in the UK, is that the solution combines hardware – sensors, speakers, physical water feature and digital waterfalls – with a cloud-connected service, sold on a licence basis, which provides the software algorithms that dynamically adjust noise levels in line with changing levels of background noise.

“AVI-SPL works with us on the solution design. Based on the size of the office, its layout and other criteria, we will design the optimal layout of the technology, including physical water features and electronic waterfalls. All that equipment comes from us and goes through the reseller who does the install and the maintenance. The software algorithms for dynamic sounsdscaping are managed in the cloud,” explained Clark.

Poly might be a new name, but the breadth of its product portfolio and the ongoing expansion of its services offering at a time of rapid growth in unified communication and collaboration mean it is one with which resellers and end user organisations are likely to become increasingly familiar.