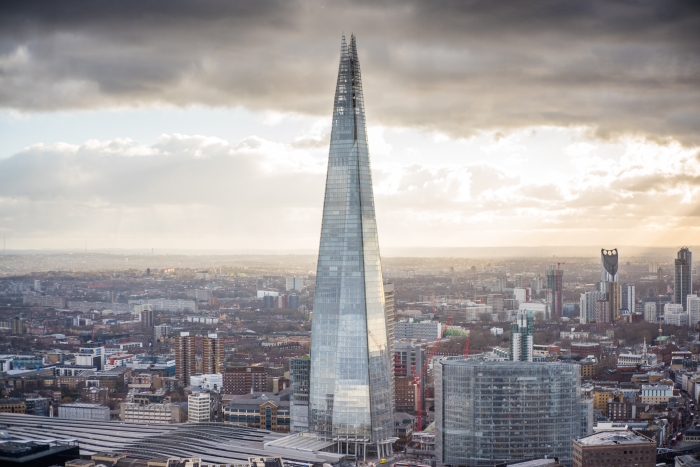 At a recent channel event at The Shard, London, Toshiba introduced new products that will enable its partners to compete in high growth areas like AI and IoT

Faced with a mature market for its traditional notebook computers, Toshiba is developing new solutions and applications that will enable resellers to participate in emerging and high growth market areas.

A key introduction in this context is the new dynaEdge DE-100 high-performance Windows 10 edge computing device. With the power of a full performance PC, this lightweight, portable device runs on Windows 10 and has a removable, replaceable battery offering 6.5 hours of use per charge.

In addition to its value as a mobile device, the DE-100 is applicable to the fast growing areas of AI and IoT (it is the first device to be certified for Microsoft’s Azure IoT platform), where, as Damian Jaume, President of Toshiba Client Solutions, Europe, explains, there is a growing requirement for devices that are able to process information locally.

“Previously, people spoke about the cloud and edge computing. Now, you hear the terms intelligent cloud, intelligent edge,” he said. “People realised that it’s easy to get a bunch of data, collect it and throw it up into the cloud, but to do something useful with it, the cloud has to be intelligent. Which is where AI comes in.

“Then, on the edge, if you throw all your data up to the cloud, you will have billions and billions of bytes. The question is do you need it all. A simple example would be measuring a machine’s vibration patterns to see if it’s working normally. If it is, you don’t need to send data to the cloud until something goes wrong. To identify that point, you need to analyse information locally. That’s the concept of intelligent edge computing.”

This is a key application of the dynaEdge DE-100 – the ability to process information locally and send useful data to the cloud, whether that is coming from machines (e.g. cars, refrigerators), sensors or wearable technologies.

Smart glasses
As an example of the type of application supported by the DE-100, Toshiba showed it working in conjunction with another of its new products, the Assisted Reality AR100 Viewer smart glasses developed in partnership with Vuzix Corporation.

There’s huge interest in smart glasses as a way to boost productivity, cut costs, reduce risk and enrich training. In a survey of 1,000 IT decision-makers for Toshiba’s research report Maximising mobility: Navigating the future IT landscape, 82% predicted that smart glasses would be used in their business within the next three years. Almost half (47%) of engineers plan to deploy them within the next 12 months.

To date, however, much of this demand has remained pent-up because there hasn’t been a solution that meets the requirements of enterprise IT departments, especially in relation to ease of management and integration.

“Smart glasses at the moment are all Android,” explained Jaume. “There are no Windows solutions, so a lot of people are thinking about it, talking about it, trying it, but they are not making the big leap and saying ‘OK, now I am going to integrate this into my IS solution’, precisely because it is not a mature product and there are still a lot of question marks about it. We believe we are on the edge of allowing companies to make that step because we have a product they can relate to.”

AR100 Viewer smart glasses are such a big step forward because they are based on Windows 10 and so easy to integrate into an enterprise’s existing systems. To make the most of their potential, Toshiba is calling on resellers to help create an eco-system of solutions for specific applications and verticals.

As well as creating smart glasses solutions in-house and in partnership with established developers, such as Ubimax (see box), which partners can then re-sell, Toshiba is encouraging partners to develop their own solutions and to build their own relationships with third party developers so that they can all benefit from the sky high potential of AI and IoT.