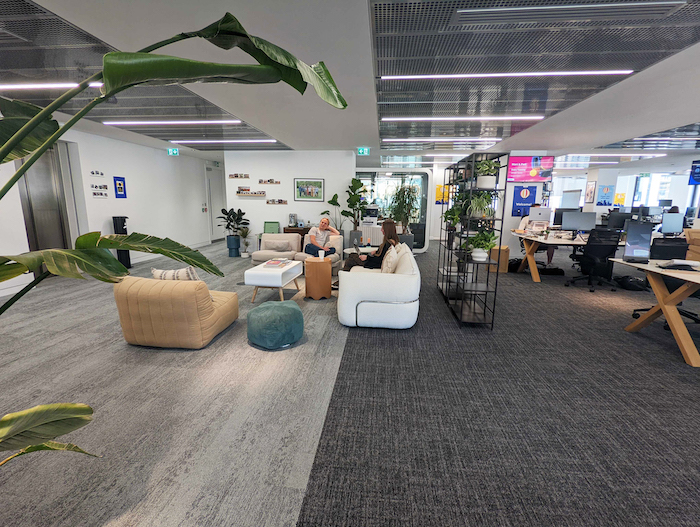 The future of work?

Channel partners are an important part of monday.com’s route to market, but for now its focus is on quality not quantity. James Goulding finds out more from EMEA Regional Director Naveed Malik

Are your processes still reliant on Excel spreadsheets, manual processes, shared documents? Is information stuck in silos? Do you spend too much time on ‘work about work’? Are you constantly having to toggle between applications? Is the flow of work in your organisation hampered by bottlenecks? Is it hard to keep track of projects and timings?

These are common problems in businesses of all sizes and ones that monday.com is designed to address.

Founded in Israel in 2014, monday.com’s open platform, Work OS, enables users to design and build automated workflows and processes and centralise all their work, processes, tools and files in one place.

It established a presence in the UK last year and in May this year, following faster than expected growth, moved its UK operations and European headquarters to a new, two-floor office in Fitzrovia, London. This has room for 150 people but is filling up fast, with headcount expected to rise from 70 to more than 100 by the end of the year.

EMEA Regional Director Naveed Malik was in buoyant mood when Technology Reseller caught up with him, following release of the company’s Q2 results showing a 75% year-on-year increase in revenue to $123.7 million and a 147% year-on- year rise in the number of customers that generate more than $50,000 in annual recurring revenue.

Malik attributes monday.com’s growth to a number of qualities.

“One of the unique things about monday is that whereas most applications take you down a prescribed process based on what the application is capable of doing, monday works around whatever it is you’re trying to do. It approaches it from the point of view of ‘what do you want to do?’ ‘Okay, well, how do we work around that to create a framework for you that’s going to support your natural function’.

“Another key differentiator for us is that we are a low-code, no-code platform, so offer the ability to create different types of environment on the fly within
the constraints that you have as a user. We automate processes and activities for you, so you have to do less data entry, for example when putting in those if/then statements (‘if an invoice comes, forward it to accounts’). We automate that activity for you.”

Malik adds that the ability to create these workflows enables workers to
be much more productive and gives employees more agency to manage their processes and workload.

“Mundane chores like ‘if this email comes in, flag it for me and put it in this folder’ now just happen. And if a request for some budget approval comes in and it is within a certain parameter, then yes, it’ll get done and it will go to the right person for approval. Before, that capability was in the domain of the IT person, the finance people. Now, it’s at your fingertips. You can automate your day, you can systematise your day so that mundane stuff is gone and you can focus on activities that really matter.”

Malik says that some customers just pick monday’s pre-packaged solutions. They go for something off the shelf that they don’t have to think too much about and which keeps implementation and deployment costs as low as possible.

“Then there’s the other side where they want to build something from scratch. They want to define their workflow, understand how they work. Are they being as effective or as efficient as they should be in their processes? Are they being cost effective?.

“One of the perils of doing something like that is that people go into it hoping that because they’ve got this low-code, no-code environment everything’s
going to work for them. That’s where our partner base comes in. They have a lot
of knowledge and skill and they can help navigate a customer through their workflows and their different business processes and look at bringing other operations into a production environment, the security implications and so on. It’s kind of a virtuous circle.”

Malik says that while the monday.com platform has very diverse and widespread use cases there are certain areas in which it is particularly strong.

“The project management piece is one of our core use cases. Probably the second most popular is our marketing use case – being able to manage, build
and communicate multiple campaigns across multiple geographies, being able
to manage the costs associated with that, the resources associated with it, and then putting all that into a dashboard, so that when a management overseer comes in and says ‘l don’t want to know the detail, I just want to know how much you have spent. Is it being spent in the right way? Are we getting a return on it?’ and that kind of thing, they’re able to see that through very visual dashboards. The point about us being a very visual, interactive environment to work with is another of our key differentiators.”

Malik adds that monday.com’s sweet spot is mid-market to low-end enterprises, although it is looking to move more into the high-end enterprise space, describing its platform as ‘enterprise-ready’. He adds that during the pandemic, the company saw a huge influx of SMB applications because of the platform’s collaboration capabilities, which was a great boost to the business at the time and which, in many cases, has led on to more comprehensive implementations.

In the UK, monday.com has a very small subset of partners, no more than 10, with which it likes to engage in what Malik calls ‘intelligent selling’.

“What I mean by intelligent selling is an exchange of data between ourselves and our partners, which allows them to understand what the customers are doing, and therefore identify opportunities for them to either promote an upgrade or to drive a services engagement. What that does in turn is give a greater feeling of engagement to the customer. The customer feels that the partner understands what they’re doing and why they’re seeing the issues or the challenges or the successes that they’re seeing. And it actually drives more success for our partners.”

In the UK, partners include Provident CRM, enable.services, Intreface, Automation Consultants, redk and, most recently, Softcat, with which it has just signed an agreement.

Malik says that monday.com’s ambition is not to hunt down the UK’s biggest resellers but to keep the base relatively small, service that base intelligently and to make sure that they run a profitable business.

In addition to resellers, monday.com has agreements with KPMG, which includes monday.com in its digital workplace offering of recommended suppliers, and with Accenture. It also has a number of referral partners that refer small transactional relationships to it for fulfilment in exchange for commission.

Indirect sales currently account for around 60% of monday.com’s business and this proportion is likely to increase as the company grows.

In the meantime, Malik says monday. com will continue to develop its product offering and help its customers to be more productive.

“When you automate tasks and bring a lot of different departmental data sources into this one surface that you can interact with in a meaningful way, it gives you better productivity, it gives a better return to the company and also more fulfilment to individuals,” he said.