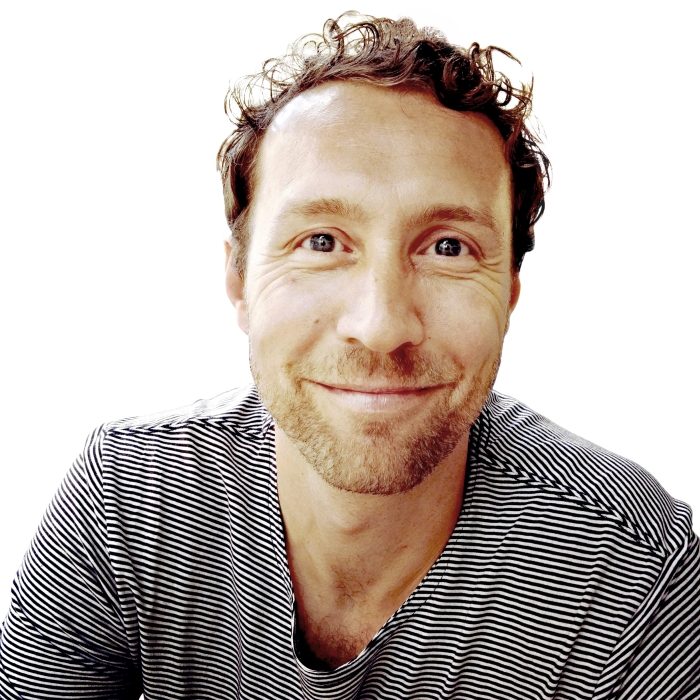 The secrets of my success

Technology Reseller speaks to Troy Platts, director of NexStor, about the data systems integrator’s corporate culture and how that has underpinned a doubling of turnover in the last 12 months

It’s been a busy and successful 12 months for vendor-independent data systems integrator NexStor. As well as doubling its turnover to £5 million and attracting 60 new customers, the Nottinghamshire-based company founded in 2004 has expanded its product portfolio with three managed cloud services for backup and data recovery, recruited three new employees and moved into larger premises to accommodate its growing headcount.

NexStor specialises in data storage and management; servers, backup, archive and data recovery; and virtualisation and connectivity. It is one of just three UK Nimble channel partners to achieve HPE Gold Partner status and earlier this year was responsible for selling the world’s first Arcserve UDP 8000 appliance (to the Gibraltar NHS).

With an expanding customer base, experienced new recruits and a solid platform for future growth, NexStor director Troy Platts is confident of increasing turnover to £20-30 million over the next four years. Technology Reseller spoke to him to find out what lies behind the company’s success and what lessons he has learned along the way.

“As a smaller reseller, it is pointless phoning up a business like JP Morgan and saying ‘Do you want to buy any Cisco?’ – that’s never going to get us through the door. So we’ve always been good at identifying up-and-coming solutions, new storage start-ups, new archiving tools and so on, and taking them into big accounts that have never heard of them.

“Part of our success is identifying good new technology and using that to open doors into larger accounts that we are typically locked out of, due to the fact that they are already buying NetApp and EMC from their established partners. That, and the fact that we’ve really focused on selling Nimble over the last couple of years and have become expert in delivering that message into accounts of all sizes. (Nimble now accounts for about 30% of NexStor’s revenue.)

“The proportion of our revenue that comes from hardware has remained stable because we can pick and choose technologies. If we were selling the same piece of hardware, a traditional EMC SAN, say, then I think hardware revenue would decline. But because we constantly look at new technologies, such as object storage, for example, we can speak to different customers with a different message. It’s about being flexible and that’s the beauty of being a smallish company.”

“Like most businesses, we’ve made a lot of bad choices over the years, but we’ve learnt from them and we are now making the right ones. We find people through recommendation more than anything – people that we have known because we’ve been in the industry for 20 years.

“What we find is that staff who are used to being quite autonomous and working in an entrepreneurial, independent way are suddenly having a framework and systematisation put behind them and begin to feel strangled. So as other storage resellers are snapped up and bolted onto existing businesses, we get more people approaching us.”

3 Be flexible to attract the personnel you want.

“A lot of the sales people we know who are worthy of offering a job to are based in the South; it is just the way that the industry has grown up. We’ve both come out of NetApp resellers (Platts and fellow director Rob Townsend once worked for B2net, which was acquired by Proact in 2011) and a lot of NetApp business in the early days was around the M4 corridor.

“In the last five years, people’s working lives have changed considerably, and we are now beginning to recruit people to work from home. In the early days, we were wedded to the idea that we wanted to see people in the office. That is not the case anymore. If we’re after a particular individual, it’s a case of ‘What do we need to do to convince you to come to us?’ rather than us having a fixed framework of what the job entails. Within reason, obviously.”

“One of my accounts, a big charity in the UK, deals with three separate resellers that have been sold to one big organisation and they’ve now had a directive to diversify their supplier base. If all you do is talk to an HP reseller, for example, he is only going to give you an HP answer to your problem – and that might not be the best solution. Even with our own customers, we always recommend that they speak to at least another two people and consider at least three solutions. At the very least, they should get a better price for the solution they end up buying.”

5 There’s no such thing as a typical NexStor customer, and that has helped the company weather tricky economic conditions

“Over the last 10 years, we’ve come to the conclusion that we don’t have a typical customer. This can make marketing difficult, because when we speak to an outsourced marketing organisation they want to know how we categorise our customers – is it by turnover, by how many staff they’ve got, by how many sites they’ve got? Yet, some organisations have petabytes of data and only a few people working there.

“What we are after is organisations that have a lot of data and problems managing and storing it. That could be a small post-production house above a shop in the West End or it could be a large supermarket. Our customer base ranges from Deutsche Bank to the local comprehensive school.

“Because we have got such a broad customer base, the last recession in 2008 didn’t impact us too much. We do sell to the public sector and we have noticed budgets being tightened there, but again, being a small agile company we can adapt to these kinds of shock and turn it to our advantage. For example, by saying why are you buying your maintenance off X when we can do it for you 40% cheaper, with the same SLA.”

6 To support rapid growth, it is important to work with distributors that have flexible credit limits

“We work with Arrow and Hammer and they’re really flexible in terms of letting us go over our credit limit. Provided we can prove that there’s not a lot of risk in the deal, they’re more than willing to be flexible. That really is key; having a good relationship with your suppliers, as well as your customers, because ultimately they can turn the tap off.

“Distis are trying to improve the service they offer. More now than ever, we feel we get some value out of the distis, in terms of lead generation and extended credit terms. In the last three or four years, there’s been more competition in the market and Arrow and Hammer who we deal with quite a lot have risen to the challenge.”

“Over the last year or two, we have had customers say to us ‘This may well be our last storage or backup refresh; we may well go to the cloud in five years’ time’. A lot of organisations have gone through a process of looking at what can go to the cloud, so whereas we once might have sold them a 100 TB SAN, suddenly it’s a 50 TB SAN because they’ve stuck 50 TB up in the cloud.

“So the cloud has had some impact. Five or 10 years ago, we were competing against two or three other resellers, with two or three other vendors. Now, we are competing against three, four or five vendors, plus the cloud. It’s like having another reseller on the block, chasing after the same bit of business. Things certainly feel more competitive in some situations, and I think the cloud’s going to have more of an impact as the years go by.”

8 There are things vendors can do to make your life easier, but ultimately you need to choose partners you like doing business with

“We are a reseller, so we always want more margin and we always want more leads – that’s been a consistent message for 30 years. Generally, we are quite unscientific in the way we pick new vendors. The main factors are ‘Do we like the technology?’ and ‘Do we like the people involved in the organisation?’  If the answer to either question is no, then we don’t deal with them.

“When we initially heard the news that Nimble had been bought by HP, like probably every other Nimble reseller we were aghast, because HP is a big organisation and is viewed as being, not difficult to work with, but big, slow, cumbersome. We found completely the opposite to be true and that’s because of the people.

“The Nimble team and the HP team have been in several times and plug us into the right individuals within HP, which has really smoothed the transition for us and helped us to register deals and maintain decent margins. We’ve been very pleasantly surprised with it and are putting as much effort behind it as we can because we’re getting that feeling back from HP.

“We have a great relationship with all of the vendors we work with today. Other than passing deals to us every five minutes, which they can’t do because they’ve got other resellers to serve, there’s not a lot more they can do. They give us products to sell and they give us marketing dollars to go and sell them. It is then down to us to bring some value back to them and not just be the reseller that sits there with their hands out all the time.

“Some of the larger resellers are so big they’ve become used to being spoon-fed fulfilment business. We’re not like that, which is why vendors are attracted to us. We’re very proactive.”