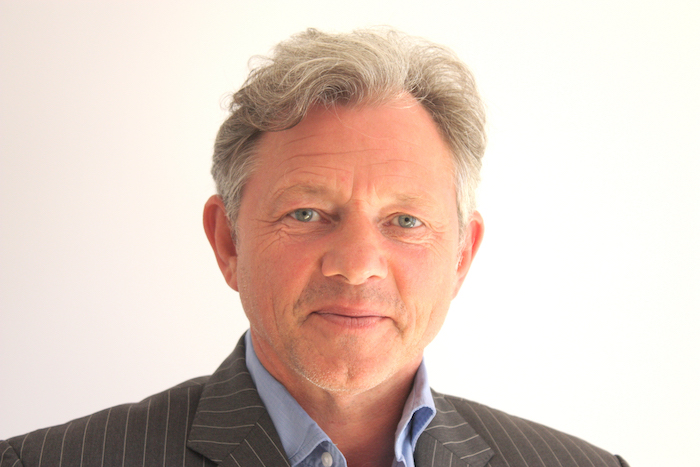 Can Voiceflex crack the UCaaS market with the launch of Voiceflex Flow?

Voiceflex, the award-winning carrier of SIP, hosted, connectivity, Unified Communications and Collaboration (UC&C) services, is strengthening its UC&C offering with the launch of Voiceflex Flow in partnership with Scandinavian unified communications provider Telavox.

The unified platform offers both communications and contact centre as a service functionality supported by disruptive pricing, omnichannel capabilities, integration into other systems (e.g. CRM software and social media networks) and a suite of other applications.

Voiceflex Flow is the first in a series of new products coupling Voiceflex service with best-of-breed market solutions that the company is planning to bring out as part of an ambitious strategy to double in size, from £8 million to £16 million turnover over the next three years.

Voiceflex Sales Director Paul Taylor told Technology Reseller that when looking for a suitable UC&C platform, Voiceflex considered not just its feature set and functionality (and suitability for the UK market) but, in light of two previous unsuccessful ventures into UC&C as a service, the credentials of the business behind it as well. Telavox passed both tests with flying colours.

“Telavox’s product has all the features and facilities that we think are needed in the UK market. More importantly, as an organisation they’ve got 30% share in their own market; they’ve been going for 18 years; they’ve got three quarters of a million extensions in Sweden, Italy, Spain and Portugal; and they’ve never been very successful in the UK. This gives us an opportunity to start from scratch, add what we do as a carrier at the front end and the back end, and then move the product through our 900-strong channel base.”

Telavox has one other system integrator in the UK but they are only using the app, whereas Voiceflex is taking the full product set, including the contact centre with multi-point integrations for email and messaging applications like WhatsApp and Facebook.

UC&C as a service has been around for a long time, but Taylor believes there is still significant untapped demand amongst both end users and resellers.

On the supply side, he points out that there is a lot of regeneration in the market and an appetite amongst resellers that may have moved from selling on-premises systems to selling low-end hosted solutions to now move up to systems that offer unified communications and integration with messaging apps.

He says that the new product has been well received by resellers, some of whom have already placed orders, and that demo slots are fully booked until after the end of April.

“I thought this might be a slow starter because there are a lot of hosted products out there in the marketplace, but we’ve already gained a lot of good resellers that want to go to the next stage and get trained up and train their guys to start selling it out in the field. There’s been a lot faster uptake than I ever thought there would be.”

Taylor is equally confident about prospects on the demand side, pointing out that many businesses have still not made the transition to UC as a service and will come under more pressure to do so as the deadline for ISDN switch-off approaches.

He adds that for both constituencies, integration with Teams is a major attraction of Voiceflex Flow.

“A lot of people have got an appetite for Teams, and Voiceflex Flow is embedded within Teams. It’s not an app or a middleware; it’s actually embedded within the Teams application. That sparks a lot of interest.

“It means you can use Microsoft Teams as your social and unified platform but use Voiceflex Flow for voice, hunt groups, voicemail and everything else related to voice. Teams is a fantastic product but it still hasn’t got everything – you can’t put door phones on it; you can’t have reception desks. Voiceflex Flow bridges that gap.”

“At the Cavell Cloud Comms Summit, someone said that 143 million users log onto Microsoft Teams daily. However, only 10 million use it as their voice platform and so will need an alternative application. That’s a big market to go after.”

Other benefits of Voiceflex Flow for resellers include the ability to whitelabel the product and sell it under their own name/branding; on-going product development from Telavox and its 150 in-house developers; and the opportunity to generate additional income from new solutions already in the Voiceflex pipeline.

“One big one that we’re just about to launch is PCI compliance for credit card transactions. Anybody who takes credit card transactions should be using PCI compliance, but a lot of companies don’t because it’s very expensive. You can just add our application onto Voiceflex Flow or a standard SIP trunk and it makes the whole process very easy and affordable. It’s a silver bullet because nobody else has got it in the marketplace.

“Then, in the first week of April, we’re launching our new portal, version 3. Again, it’s fully API-driven, so resellers can API it into their own front-end platforms, and it brings a lot of things that people have wanted, such as online number porting with no paperwork involved. We’re also looking to bring a Call Manager application to the front end, so if somebody wants to reroute telephone calls from one location to another or change to night service they can.”

In the meantime, Voiceflex is continuing to scale and grow organically, while keeping an eye on potential acquisitions.

“Business is absolutely booming, and we’re gearing up for massive expansion in the future. We took on 132 new resellers last year and have added 40 more already this year. We’ve increased our wage bill by over 30% by doubling our development team from five to 10 people and by taking on three more sales people, with one other vacancy outstanding. We’re going through a phenomenal growth spurt and finding business in areas we weren’t strong in before.”

With the launch of Voiceflex Flow, this includes UC&C as a service.