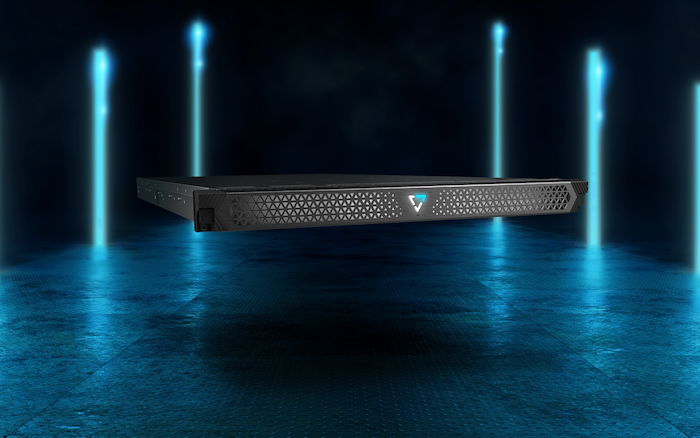 Universal storage company VAST Data has enjoyed record-breaking growth since it was founded in 2018 with the aim of completely changing ‘the calculus of flash ownership’ and eliminating the economic arguments for mechanical data so that organisations are able to consolidate all their data and applications onto one scale-out tier of flash.

The successful marriage of VAST Data software with new network technologies and new hardware produced by a co- manufacturer has powered rapid growth of 380% and 350% over the last two years and set new benchmarks for the storage industry, as Peter Gadd, International VP at VAST Data, explains.

“I was at Pure Storage at the same stage of development, and we were very proud to announce to the market that Pure was the fastest growing systems company of all time, with Nutanix right on our heels. VAST has grown faster than both of those organisations put together, at about 2x the pace of Pure.”

He added: “We’ve tripled in valuation every year since GA. In our last round of funding over a year ago now, our valuation was $3.7 billion and we think it would be two to three times that now.”

This success is testament to the appeal of VAST Data’s proposition at a time when data volumes are exploding and there is a growing need to access all data to get maximum value from it.

That said, the size and cost of its solutions means that VAST Data has been fishing in a relatively small pool, as Gadd explains.

“Our average sales price is well over $1 million dollars every quarter, sometimes $2 million. The software is only really applicable to very large, multi-petabyte estates – that’s where we shine, where we can consolidate multiple infrastructures into one and really have an impact at a business level. Initial deals are sometimes well in excess of $10 million of software. We very rarely do a 50k or 100k deal.”

“Our building blocks were very large before Ceres. Customers would have
to incrementally scale their hardware footprint in 675 terabyte chunks and that’s a very large entry point and scaling increment for customers. Ceres cuts that in half, making VAST applicable to a whole new set of customers,” explained Manez.

“That’s still a fairly large customer. It’s not going to be an SMB play, because you’re still talking about scaling in hundreds of terabytes, but it is less than it was which opens up our aperture a decent amount to include the enterprise. Before, we were siloed in the enterprise to very specific industries and global-type customers. Now we’re more of a traditional enterprise play.

“The other thing is we work heavily in that HPC and AI space where there
are specific performance requirements. Having a smaller building block allows us to create better combinations of price and performance for our customers to meet a specific need. For example, you might have a customer in that space that has a relatively small amount of data but needs a relatively high level of performance. Now, we can fine tune our system to hit that requirement more effectively.”

The introduction of Ceres also brings more opportunities for VAST’s 130-strong network of channel partners, which it relies on to scale and which it has been growing through recently announced distribution agreements with Arrow in Europe, Logicom in the Middle East and Tech Data in AsiaPac.

Manez points out that while existing verticals like hedge funds and HPC are served by specialist, niche resellers, the introduction of Ceres and will bring opportunities for more traditional resellers in the enterprise, especially for new use cases like backup and rapid recovery from ransomware, while also helping to open doors more generally.

“One of the things we’ve seen with VAST is that you just have to land it at the customer and they will find ways to use it. Ceres might make it easier to find a way into a bank or a pharmaceutical and land that first deal for a specific use case, which will then open up further opportunities.”