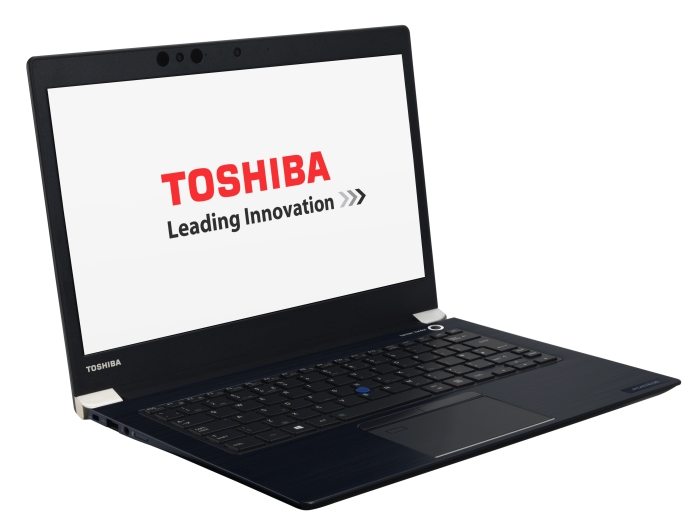 Toshiba has released seven ultra-portable E-Generation laptops optimised to meet the productivity and security challenges facing businesses today. The new models include two Portégé devices (the X20W-E and X30-E); three Tecra laptops (the X40-E, A50-E and Z50-E); and two Satellite Pros (the A50-E and R50-E). The new devices feature up to an 8th Generation Intel Core processor for productivity; exceptionally fast DDR4 (2400Mhz) RAM; a new 1TB SSD; and advanced security features like a SecurePad with fingerprint reader and IR-camera for face authentication through Windows Hello or Intel Authenticate (on the Portégé X20W-E and X30-E and the Tecra X40-E). The same three models also have built-in LTE support for enhanced connectivity.

The NEC InfinityBoard is available now throughout the EMEA region. The all-in-one solution for meetings, presentations, video conferencing and collaboration combines a UHD NEC MultiSync InGlass Touch display (and passive stylus pens) in 65 and 84- inch sizes with a wide-angle Huddly video conferencing camera, 40W conference speakers and modular OPS Slot-in PC. It comes with Mosaic Hub, a real-time collaborative workspace that combines video and voice with the ability for teams in different locations to collaborate in real-time on documents, text, images and sketches.

New from Verbatim are two military grade hardware encrypted storage devices with built-in keypad for entering a PIN to unlock the drive and access its contents. The Store‘n’Go Secure Portable HDD (1TB) and the Store‘n’Go Secure Portable SSD (256GB) use AES 256-bit hardware encryption and encrypt all files loaded onto the drives in real time. For added security, the hard drive will lock and need re-formatting after 20 failed password attempts.

The Galaxy A8 brings popular features from Samsung’s flagship S series, such as an Infinity Display and Dual Front Camera with Live Focus, to the Galaxy A series. The first model in the A series to support Samsung’s Gear VR headset, the Galaxy A8 also offers IP68 water and dust resistance, 32GB of storage (expandable to 256GB via microSD) and a 3,000mAh battery. It will be available in April.

The Happy Hacking Keyboard Professional2 from Fujitsu subsidiary PFU has fewer keys for faster input and improved ergonomics. The compact 60-key design, achieved by removing the number pad, is beneficial for speed and comfort, as it allows the user to keep their mouse closer to hand, which reduces shoulder movement.

Hosted telephony provider Xelion has introduced an Integration Market Place for channel partners and their customers. The new service offers Xelion partners ‘pre-packaged’ integration with leading CRMs and other applications, saving them the time and expense of programming interfaces between the Xelion hosted platform and their customers’ preferred apps. Over 30 integration packs are available initially, with 100 expected to be available by the year-end.

3CX has made it simpler than ever to implement, manage and use its software based unified communications platform. The new version (V15.5) adds a range of new capabilities, including the ability for users to configure 3CX on Android or iOS devices simply by scanning a QR code and support for hot desking environments.

HANDPRESSO has launched the first capsule-based in-car espresso machine. Small enough to sit in a car cup-holder, the Handpresso AUTO Capsule plugs into the 12V socket and prepares an espresso in just 2 minutes 30 seconds.