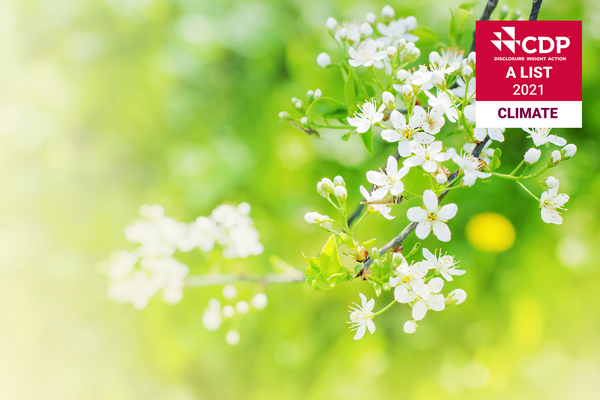 The Climate A List is composed of companies that have been recognised as global leaders in terms of goals set and actions taken to combat climate change and disclosure of information. Of the more than 18,700 companies around the world that were covered by CDP’s survey, 283 companies (including 74 Japanese companies) were included on the Climate A List this year in recognition of their efforts to reduce CO2 emissions, mitigate climate change, and contribute to a low-carbon economy.

Konica Minolta’s placement on the Climate A List is a result of several sustainable activities and goals that the company is implementing or has achieved.

For example, the company has set a target to reduce 60% of its CO2 emissions in Scope 1, 2 and 3 in product development, procurement and manufacturing, sales and services, and product use by 2030 – starting from the 2005 level (in 2017, these CO2 reduction targets were approved by the international Science Based Target Initiative (SBTi)). This target is almost achieved, with 52% reductions already achieved in 2019.

To achieve these targets, the company has developed production technologies that require less energy consumption, is procuring electricity from renewable energy sources and is promoting a shift to paperless business operations.

Accelerating a shift to renewable energy

CDP is a global non-profit that runs the world’s environmental disclosure system for companies, cities, states and regions. Founded in 2000 and working with more than 680 financial institutions with over $130 trillion in assets, CDP pioneered using capital markets and corporate procurement to motivate companies to disclose their environmental impacts, and to reduce greenhouse gas emissions, safeguard water resources and protect forests. Nearly 20,000 organizations around the world disclosed data through CDP in 2022, including more than 18,700 companies worth half of global market capitalization, and over 1,100 cities, states and regions. Fully TCFD aligned, CDP holds the largest environmental database in the world, and CDP scores are widely used to drive investment and procurement decisions towards a zero carbon, sustainable and resilient economy. CDP is a founding member of the Science Based Targets initiative, We Mean Business Coalition, The Investor Agenda and the Net Zero Asset Managers initiative.