Getting the Most out of 5G By Michal Gadaj, EMEA FAE Section Manager at Quectel

Advertisements are discussing it, technologists and carriers are excited about it, but the adoption of 5G technology is still in its earlier stages, with much of the growth still to come in the next few years benefitting telecom companies and their customers alike. But the providers that will benefit the most are those who optimise the capabilities of the existing telecom infrastructure so that they don’t overspend on network buildouts that could take a few years or longer to provide a positive return on investment.

The demand for the benefits of 5G technology are certainly there. According to the J.P. Morgan report, The Future of 5G Adoption, the technology is expected to exceed $180 billion by the end of the decade. The key for carriers will be the willingness of consumers to pay for the faster speeds 5G enables, and the recognition of enterprises of the advantages 5G can provide them, including augmented realty (AR) technology for manufacturers, patient monitoring for health care concerns and connectivity applications for solar technology and wind farms.

Customers in Korea are already paying a 20 percent premium for 5G. The willingness of others to pay as significant premium for the technology will depend on their own experience with it. That experience can be optimised with the use of properly optimised VoLTE.

The technology uses the existing 4G IMS/VoLTE network with few, if any changes for non-standalone (NSA) 5G. For standalone (SA) 5G, the 5G core is introduced to the network, offering a pair of voice solutions: Voice over New Radio (VoNR) and EPS fallback. 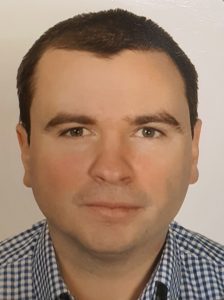 The McKinsey & Co. report Unlocking the Value of 5G in the B2C Marketplace points out that 5G technology built on a 4G core network can enhance mobile broadband speed and network capacity while also providing low latency, enabling it to support Internet of Things (IoT) functions, including “smart homes” and “smart buildings.” IoT functionality is also becoming increasingly important in manufacturing as companies deploy sensors on various machinery to closely monitor their functionality. If performance degrades below established tolerances, the manufacturer can take the machine offline and repair it during a slow time rather than having it break down during a rush period.

Since VoLTE technology leverages the existing LTE networks and equipment, there is no massive hardware investment to upgrade to the technology, the McKinsey report adds. Any changes can be made through software upgrades.

By using the following techniques, telecom companies can derive the largest benefits from VoLTE:

TTI bundling: This technique enables the user to minimise problems of limited equipment power and bad radio conditions, often experienced at the edge of the cell. These factors can cause packet retransmissions which increases delay and overheads. TTI bundling is a transmission mode designed to improve uplink coverage in LTE, enhancing VoLTE services.

By using all of the available optimisation techniques as well as the existing network infrastructure, telecom providers can maximise their returns on 5G investments while also providing their customers with compelling reasons to pay additional fees for the enhanced speed, low latency, and other benefits of the technology.