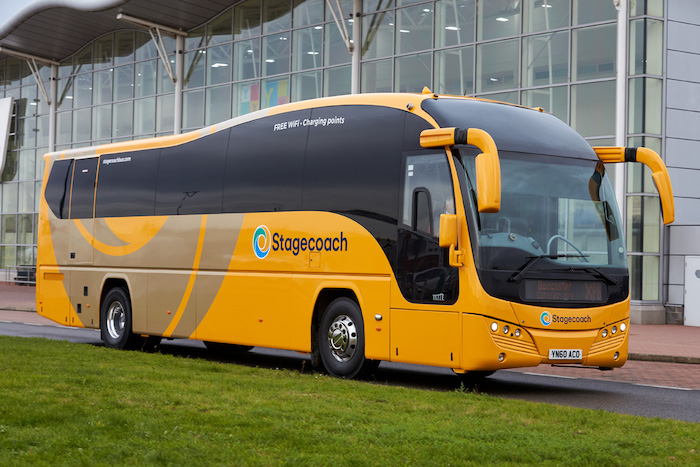 Stagecoach takes to the cloud

In all, the company has 24,000 employees serving three million passengers daily across 100 major UK bus depots.

Like many businesses, Stagecoach recently committed itself to a cloud-first strategy that would enable more collaboration between sites and underpin the adoption of new SaaS solutions, including cloud-based bus and resource scheduling software.

This was the catalyst for a long overdue upgrade to its wide area network, which was already struggling to deliver on availability, bandwidth, security and integration and compromised by a lack of monitoring capabilities, as Graham Moore, Group Chief Information Officer at Stagecoach, explains.

“As things stood, we had no way of knowing if or when a site was down, or if it was struggling for bandwidth. This led to completely avoidable downtime. We had to rely on staff at the impacted site to perform manual checks and alert us if there was an issue…We were particularly concerned about the lack of security and cyber threat monitoring capabilities afforded by our existing network — and how that might play out as the company’s cloud migration progressed.”

After considering their options and completing their due diligence, Stagecoach selected Node4’s Secure SD-WAN for the upgrade project, which has brought extra bandwidth, improved visibility and better security.

Finally, Moore points out that the greater visibility and centralised management offered by Node4’s SD-WAN has enabled the Stagecoach IT team to be much more proactive and improve the service it provides to internal customers.

“Before this project, IT was regarded as an overhead and, in some instances, a hindrance. Now, we’re known as enablers and a trusted partner. You can almost draw a line in the sand from the day that Node4’s SD-WAN fired up and see the change that occurred literally overnight. I know people throw the term ‘transformative’ around a lot when talking about IT projects, but this was 100% the case for us. There’s no other word to describe it.”